When kids just won't sleep, is a simple supplement the answer? 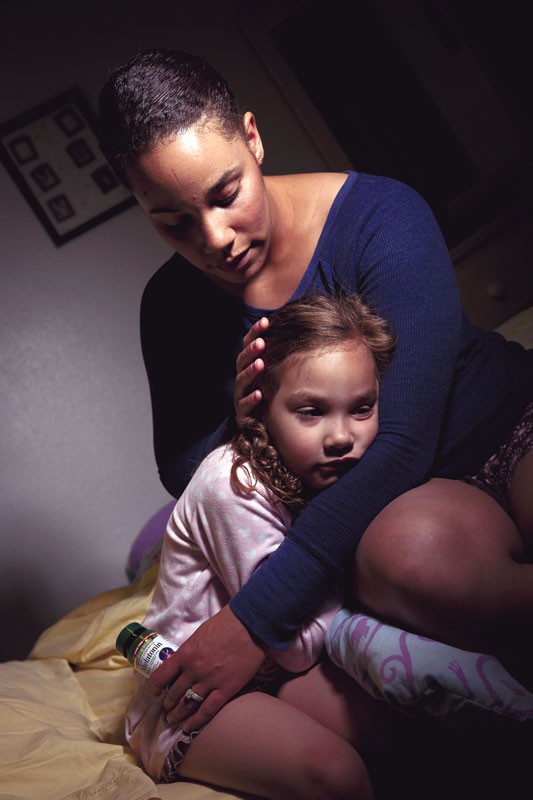 A 6-year-old boy, whom we’ll call Finley, rattles off his nightly demand list: “I’m thirsty. Can I have a glass of water? I’m HON-gry! Can you read me another story? Will you sleep with me?”

It’s 9:30 — an hour and a half past Finley’s bedtime. His exasperated mother retreats to the kitchen, where she smashes half a fivemilligram tablet of melatonin and stirs it into butterscotch pudding.

Finley snarfs the treat. He’s asleep within a half-hour.

Disclosure: Finley’s my son, and, yes, I’ve given him and his 8-year-old sister melatonin about a half-dozen times. I’m not the only parent who has turned to this supplement: There’s ample anecdotal evidence from other moms that melatonin really works.

Nicole Stone says her 8-year-old son, Ryan, has had sleep troubles — insomnia, sleepwalking, even night terrors — since he was 2.

“He would wake in the middle of the night and come into the bedroom, screaming, crying, needing a cuddle. … He would even use the potty and not remember. It’s not every night, but once or twice a week, we’d send him back to bed and feel bad about doing it.”

The Spokane mother of three says Ryan was recently diagnosed with ADHD (Attention Deficit Hyperactivity Disorder). His doctor suggested melatonin as a sleep aid — up to four pills a day of three milligrams each — because ADHD medications act as stimulants and can interfere with sleep. Ryan’s been taking melatonin for five months now.

“It’s been fabulous,” Stone says. “It takes the edge off the day, and the main thing is he doesn’t get up screaming in the middle of the night like before. He can get up to use the bathroom, but there’s no sleepwalking.”

Melatonin is a hormone secreted by the brain’s pineal gland. The Mayo Clinic cautions that “No convincing evidence exists to prove that melatonin is an effective treatment for insomnia. It’s generally considered safe to use melatonin for a few weeks, but the long-term safety of melatonin is unknown.”

Studies involving children with brain disorders offer more positive views. A 2007 study in the Journal of Pineal Research followed 100 children with disabilities such as autism, neurological disorders and deaf/blindness. “Melatonin, which benefitted slightly over 80 percent of our patients, appears to be a safe, inexpensive, and a very effective treatment of sleep-wake cycle disorders… Side effects or the development of tolerance have not been observed,” write the researchers.

Parents of healthy children also turn to melatonin when their darlings just won’t sleep. Tara Severtsen of Spokane says her family doctor recommended melatonin for her 6-year-old daughter, Syriana. Severtsen cautiously administers up to three milligrams once or twice a month. “I’m not very liberal with the melatonin,” she says. “I don’t want it to be a dependency. Her body needs to be able to produce melatonin on its own. When she’s not going to sleep on her own — either she’s been throwing a fit for 45 minutes because she’s exhausted or it’s 10 o’clock and she should’ve gone to sleep two hours ago — that’s when she gets melatonin.”

Although safety concerns have prompted bans of over-the-counter sales of melatonin in Canada, much of Europe, Australia and New Zealand, it is considered a supplement by the Food and Drug Administration and is readily available in grocery and drug stores in the United States.

Neurologist and board-certified sleep specialist Dave Ramey says he knows of no studies proving melatonin causes dependence. “We do use it quite a bit, and it’s really one of the only meds to help kids sleep that we know is safe, non-addictive and well-tolerated. It’s a naturally produced chemical in the brain and works quite well on kids.”

Ramey, who is affiliated with Providence Health Services and Kootenai Medical Center, says melatonin can be overused in situations where children have poor sleep hygiene, or they lack a bedtime routine. While he has prescribed melatonin for patients as young as 3, in doses of two to 10 milligrams, he cautions parents to talk with their child’s doctor before starting melatonin. “If a child suddenly stops sleeping, it could be suggestive of sleep apnea where someone is snoring and they stop breathing… the first thing is not to grab melatonin. We need to ask if there’s anything else going on. Melatonin would only mask the problem and could be dangerous.”

Spokane naturopathic physician Laura Flanagan says she can see how melatonin might benefit adolescents, whose sleep-wake cycles conflict with schools’ early start times. But Flanagan says younger children produce the highest levels of nighttime melatonin, so for them, supplementation should be a last resort. “That’s not the message you want to send your children, that they need a pill to go to sleep,” Flanagan says. “Most of the time, it’s more effective to work on diet, lifestyle, family dynamics and stress level issues first.”

Group Health pediatrician Malina Gupta echoes those concerns. On rare occasions she’s prescribed melatonin, she starts at a dose of three milligrams. She says larger doses don’t necessarily promote success. “People think because it’s over-the-counter, it’s as safe as Tylenol. We don’t know that. It’s not something to take forever. I’d recommend a few days to a few weeks to stabilize the sleep cycle. The Circadian rhythm can come back to normal and you don’t need it anymore. Try everything else first.”

For parents like Spokane’s Michelle Christie, who’s already tried everything else, melatonin’s a wonder drug. Christie’s 13-year-old son, Albert, has a mild form of autism. Since starting melatonin on the advice of his psychiatrist, Christie says he’s been “like a new kid,” sleeping 10 hours a night. She noticed a change in her son three weeks after he started the pills. She says Albert is thinking and speaking more clearly. He reports staying awake during first period at school. And the whole family’s getting more Z’s.

“Sleep! Yay!,” says Christie. “Sleep for me, too. ’Cause when kids don’t sleep, parents don’t sleep.”

As for Finley’s mom? I’m saving melatonin for jet lag, for myself, and yes — as a silver bullet when my kids are stuck in all-night party mode.