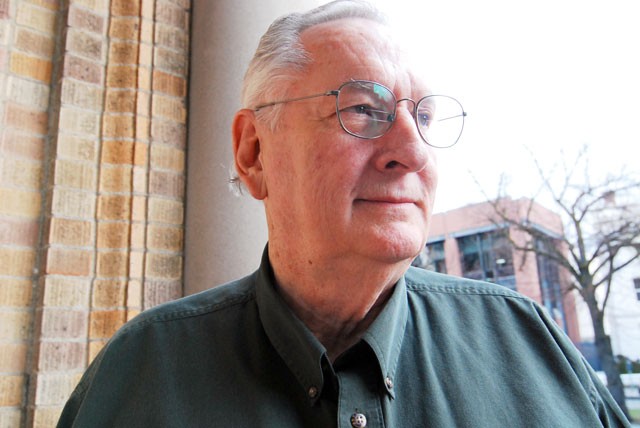 Chris Bovey
After 40 years of helping families navigate ADHD, Robert Atwood has documented his findings in a new book he co-authored.

Nearly everyone with children has at some point wished their offspring came with an instruction manual. But for parents of children with ADHD, the need is especially acute. For 40 years, Spokane psychologist Robert Atwood witnessed families attempting to negotiate the chaos caused the disorder.

“I’ve seen so many parents and kids who have been made miserable, sometimes dysfunctional, by this condition,” he says. “I just wanted to put down in writing all that I had learned in hopes of helping people understand that there are answers and there are options.” So Atwood wrote ADHD: Children Who Challenge with co-authors Catherine Pugsley Getty and Ruth Wohlwend-Lloyd, colleagues who also happen to be his former students.

Atwood, who practiced psychology in Spokane as well as teaching at Eastern Washington University, calls the book a “survival manual” for parents of children with ADHD. In no-nonsense fashion, the book lays out the nature and symptoms of the disorder, the importance of getting the right diagnosis, and approaches to treatment including medication and behavioral interventions and even alternative therapies. For beleaguered parents, the book includes a list of challenges posed by children with ADHD along with suggestions on how to best meet them. Atwood stresses the importance of developing an individualized intervention plan, a process illuminated by three pertinent and encouraging case studies.

Far from being a clinical handbook, ADHD: Children Who Challenge is as accessible as Dr. Benjamin Spock’s famous child-rearing parent’s survival manual, Baby and Child Care, first published in 1946.

Another theme is the importance of environment. Usually the child with ADHD needs a highly structured environment and encouragement rather than criticism. “We all do better when we are appreciated,” says Atwood. “In the case of the ADHD child, encouragement is critical.” So, instead of pointing out what the child did wrong, Atwood urges that the therapist — whether teacher or parent — stresses what’s being done right.

Establishing a beneficial environment means striving for a stable, predictable home life. As for school, Atwood strongly urges that parents “pick next year’s teacher.” How can they do that? “By sitting in on classes and observing,” he responds.

Parents should look for teachers who are very organized. Many excellent teachers rely on spontaneity as a way of seizing the teaching moment. Unfortunately, says Atwood, this teaching style usually doesn’t work well for the ADHD child. Most importantly, parents should see to it that their ADHD child is not placed in a class with another ADHD child. No teacher, he points out, can work effectively in such an environment.

Many people perceive ADHD as an emotional problem manifested as a child who refuses to sit still, often interrupts and has difficulty playing quietly or focusing on an activity. But Atwood says ADHD is actually a physiological disruption. Blood in the brain’s frontal lobe, he explains, isn’t circulating efficiently. While behavioral and environmental changes sometimes work, if they don’t, medication is the next option.

Oddly enough, the medications for ADHD actually stimulate the brain of the hyperactive child. The idea is to get blood moving better. And in about 90 percent of cases, Atwood says, medication allows the child to lead a more normal life.

With ADHD about four times more prevalent in boys than girls, Atwood cautions careful diagnosis is essential to avoid mislabeling typical boyish exuberance as a disorder.

“This is a concern,” says Atwood. He stresses the importance of observing the child in more than one environment — if behavior is different depending on the environment, then most likely the cause is not ADHD.

Twelve years in the making, Children Who Challenge almost wasn’t completed. After a group session in 2000, Atwood’s co-author Ruth Wohlwend-Lloyd went to the restroom, laid down on the floor to rest her head because it was hurting, and did not regain consciousness for two weeks. She had suffered a cerebral aneurysm. She recovered sufficiently to continue with the project.

But just a year later the project was again threatened when Atwood developed a life-threatening autoimmune problem that caused massive bleeding. In a desperate effort to save Atwood’s life, his doctors removed his spleen. Almost miraculously, just four hours later he was back to normal.

That both returned to complete the project is good news for everyone affected by ADHD.