Coronavirus is impacting Washington's industries, and that includes cannabis 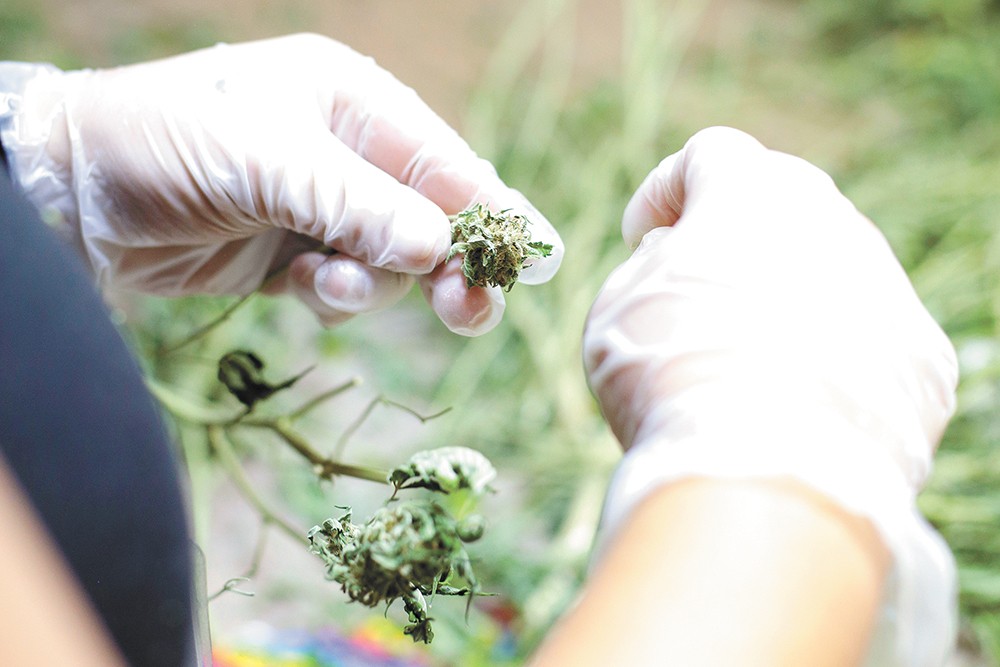 You've seen it, either in person or on the news. Shopping carts overflowing with toilet paper as people hoard supplies. Events canceled as people are asked to stay home. In some places, there are more people than ever, like checkout lines, and in others like meeting rooms, there isn't a soul to be seen.

Yep, it's coronavirus. And it's impacting the cannabis community as well.

In the immediate term, business is booming. Consumers are stocking up on cannabis just like they are with hand sanitizer and nonperishable foods. Stories from WGBH in Boston, the Los Angeles Times and New York Magazine, tell of a run on marijuana. In Boston, there are photos of people queueing up in winding lines outside of dispensaries, which is not ideal in this time of social distancing.

In Spokane, things haven't, as of press time, become that extreme. Local dispensaries are largely stocked up and seem about as busy as normal. Gov. Jay Inslee's emergency proclamation issued on Monday ordered the closing of numerous types of businesses across the state, though it did not include dispensaries.

But like every other industry in America, things are changing for weed.

The state Liquor and Cannabis Board rescheduled a public forum on proposed changes to "true party of interest" regulations — a true party of interest is the person ultimately responsible for a business, they're the one named on the marijuana business license. The forum was scheduled for March 17 before being postponed until the 26th and moved to a virtual setting. As this piece is being written, news has come down from the LCB that the forum is now postponed indefinitely.

Other events have fared worse. A board meeting as well as a public hearing on quality control testing regulation, both scheduled for March 18, were outright canceled. The LCB made that decision five days prior to Gov. Inslee's emergency proclamation.

While these measures aren't, at least yet, as dire as those being seen in other industries, they will have an impact on the marijuana market. This was evident as far back as early February, when Marijuana Business Daily published a story on supply chain disruption. Their reporting showed that coronavirus "is expected to impact marijuana vaporizer companies that depend on Chinese suppliers by interfering with the flow of hardware and other products."

It's no longer just a problem coming from China, though. Coronavirus is here, and our state's cannabis market is starting to feel the first effects. ♦

The original print version of this article was headlined "Weed Worries"

New Year's Eve to be windy and snowy, protesters break into U.S. embassy in Baghdad, and other headlines