While not quite as good as the political thrillers it emulates, George Clooney’s new film is still an immediate and necessary story. 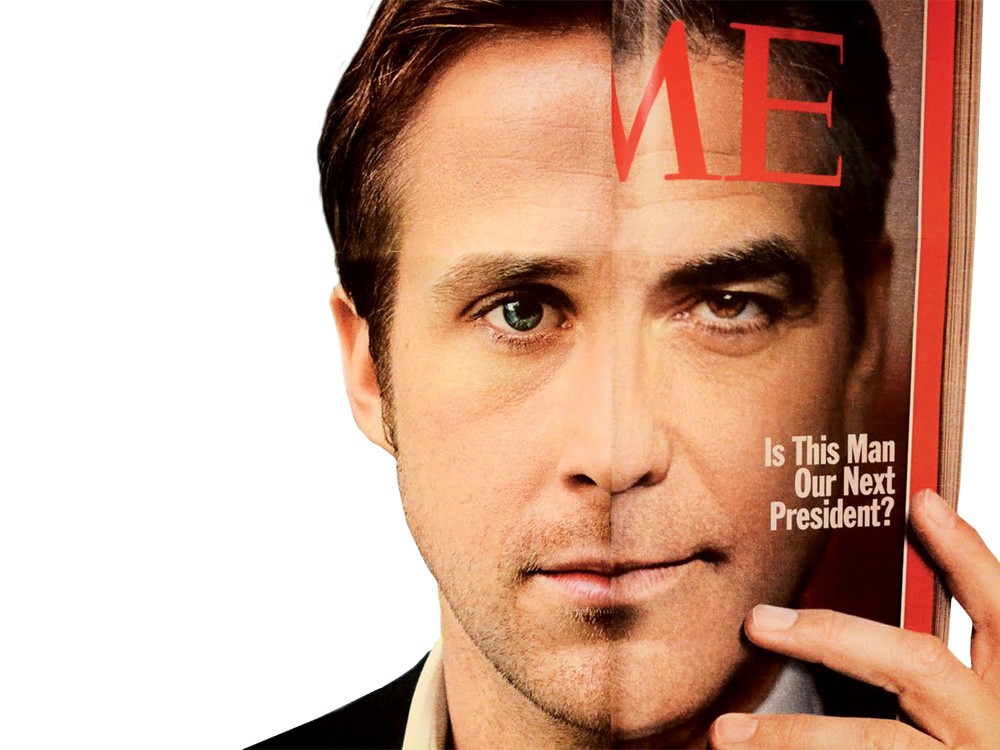 Is this man every woman's dream come true?

The gray slush of Ohio in winter provides a suitable backdrop for George Clooney’s tale of slippery morals in American politics.

Clooney’s fourth directorial outing calls to mind the political thrillers of the ‘70s — films like The Candidate and All the President’s Men. This one is not as well-realized as those films, nor does it live up to the Shakespearean overtones of its title. However, as a modern morality tale about the ongoing battle between idealism and corruption, The Ides of March beats to the pulse of our times.

Clooney plays a secondary role in the film, as Democratic candidate Gov. Mike Morris, who is engaged in a presidential primary in the swing state of Ohio. Clooney co-wrote the screenplay with Grant Heslov and Beau Willimon, upon whose play, Farragut North, the film is based. In the play, Morris isn’t even an onstage character, but in the film, liberal sympathizers will practically have to restrain themselves from standing up and cheering at some of the stands Morris takes. (Bullied about his atheist beliefs, Morris declares his only religion to be the U.S. Constitution.)

The realities of the political battle, though, eventually force a candidate to climb a few rungs on the slippery ladder of compromise and concession. Of course, most candidates climb that ladder with a boost from their campaign strategists and support team.

Enter Stephen Meyers (Ryan Gosling), Morris’ press secretary. Smart and skilled, Meyers thinks of himself as beyond corruption, because he so totally believes in his guy and their cause. Meyers’ mentor is Paul Zara (Philip Seymour Hoffman), whose tired, rumpled demeanor and constant second-guessing tell us everything we need to know about the mental state of political operatives. He is matched in kind by Tom Duffy (Paul Giamatti), the campaign manager of Morris’ rival, who is equally rumpled but just a little bit meaner. (Duffy talks of getting down “in the mud with the f---ing elephants.”)

Would that there were more scenes in The Ides of March between Hoffman and Giamatti — the film’s riot of language and unfiltered cynicism might become something transcendent.

That’s not to take away from the performances as they are — wonderful and nuanced. Gosling again proves his vast versatility, and Marisa Tomei shines as a hustling Jewish journalist trolling for a scoop.

Where the film bogs down is in the intrigue that involves the 20-yearold intern, Molly Stearns (Evan Rachel Wood), who is involved with more than one of the characters. Too much of the film, especially in the latter half, is devoted to the subplot put into motion by her (and her partners’) actions. Cherchez l’intern is too obvious a ploy for fiction, even if the characters’ real-life counterparts haven’t yet caught on to that cliché.

It’s a small misstep, though, and The Ides of March remains one of the season’s most intelligent and polished films.