Charles Shaw’s Exile Nation aims to be a complete, 40-year oral history of the War on Drugs. 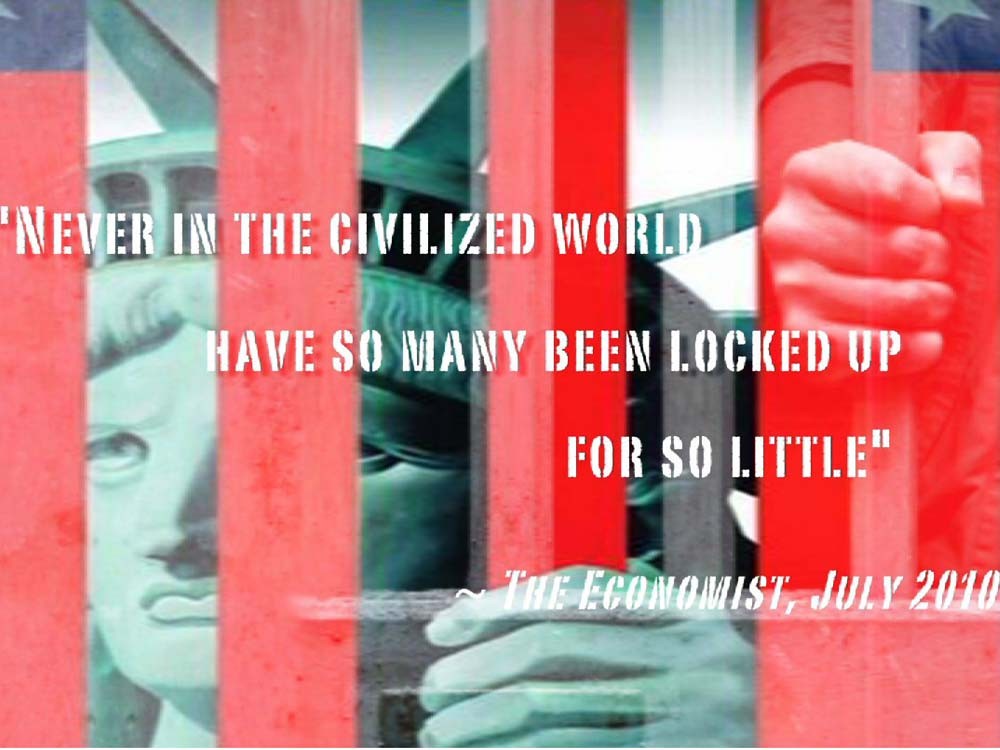 Charles Shaw spent a year in prison on a drug-possession charge. But then so have a lot of guys.

The difference is that Shaw has written a book about his experience, chronicling everything from the therapeutic advantages of drugs to the inefficiency of the prison system.

Armed with a creative writing degree from Boston University, Shaw has taken aim at what put him behind bars: the War on Drugs. His book (subtitled “Drugs, Prisons, Politics and Spirituality”) is available online at Reality Sandwich and in print next year through Counterpoint/ Soft Skull Press.

In the documentary film version of Exile Nation (at the Magic Lantern on Friday night), Shaw creates an oral history of the War on Drugs by interviewing dealers, addicts, sociologists and more.

Consider that incarceration rates are typically measured by the number of prisoners per 100,000 citizens, and that few developed countries have more than 200 inmates for every 100,000 people. The United States has nearly 750. And half of them — 53 percent, in fact — are doing time for drug crimes.

Since the ‘80s, mandatory drug-sentencing laws have lengthened sentences and crowded American prisons. Shaw believes, however, that the War on Drugs has been entirely unnecessary. Calling himself a POW of the drug war, he feels that it is his duty to fight back. With Exile Nation, Shaw says, he “wish[es] to change the conversation about drug use and abuse, crime and criminality, justice and injustice, and the roles of cognitive liberty and religious freedom.”

The War on Drugs, he says, is “a mind-boggling crisis that affects every sector of society.”

The film is the beginning of Shaw’s two-year Exile Nation Project. Each week, he supplements his website with a long-form interview with one of the 100 talking heads in his film — everyone from Nora Callahan and Chuck Armsbury (Colville, Wash., residents and founders of the November Coalition) to Eric Sterling (president of the Criminal Justice Policy Foundation). Each addition of the complete interviews from the 100 participants of the film is meant to represent the 1 in every 100 Americans sitting behind bars. It will take approximately two years to release them all at one per week. And if the plan extends beyond two years, then Shaw will continue to fight because he’s “not attached to the time frame. The work will get done, because it wants to be done.”

In Exile Nation, Shaw builds the case that the War on Drugs was less about trying to stop the trafficking of illegal substances than it was about maintaining social order in our country.

“If you can find a group that you want to prevent from accessing the benefits of the system, then you’d have to find conduct they all engage in, and criminalize that conduct,” criminal defense attorney Alexis Wilson Briggs says in the film. “The problem is a lot of people that aren’t in those groups are also ingesting those substances.”

That’s why Shaw favors decriminalization. “Drug use is looked at with judgment, [so] people will always find it hard to speak up in its defense,” he says.

“There are millions upon millions of casual, innocuous, drug users out there who pay their taxes and go to their PTA meetings, and they don’t want to have to hide anymore.”