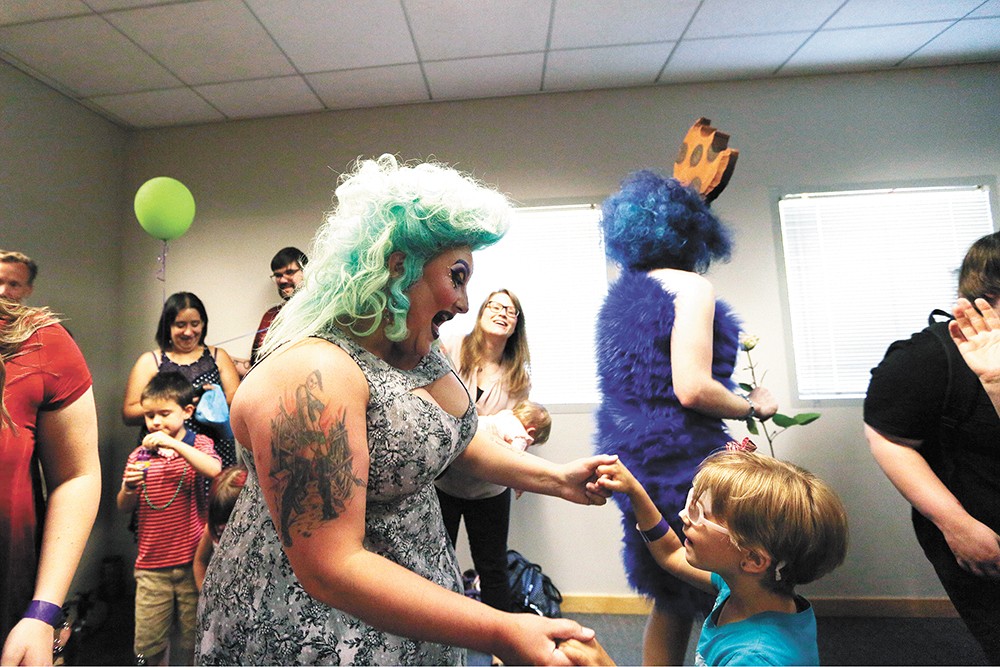 In late June, several branches of the Spokane Public Library hosted "drag queen story hours" — events where children gathered to have books read to them by drag queens. The events garnered substantial protests, with LGBTQ rights activists squaring off against social conservatives outside of libraries.

In the aftermath, Spokane County Library District was quick to assure the public that they did not host any such events, citing concerns that voter opposition to drag queen story hours and confusion over which library system hosted the events could impact the passage of a $2 million property tax levy to fund maintenance and operations in county libraries; county voters will decide on Aug. 6.

"We started receiving calls, letters, emails [stating] 'Why are you doing this? We're not voting for your levy,'" says Jane Baker, a spokesperson for the Spokane County Library District. "There was a large outcry of complaints towards us. And we were like 'that's not our library system.'"

The levy, which will add an estimated $18.20 in annual property taxes for a home valued at $260,000, will fund the repair or replacement of HVAC systems at nine of the 11 county libraries, as well as install security cameras at 10 of the branches. The tax increase would also pay for increasing the system's collection of e-books, audiobooks and other digital content.

If the levy doesn't pass, Baker says, the county library district will have to look at cutting hours, programming and potentially staff.

"We do have some concern that people will be confused and vote based on a headline without knowing all the facts," she says.

County library district staff went as far as publishing a July 3 editorial in the Spokesman-Review that clarified that the county system wasn't hosting drag queen story hours and was being confused with its city equivalent.

Baker is quick to stress that the district doesn't discriminate: "Everyone is welcome in our libraries no matter their background or who they are," she says.

While she says that anyone is welcome to reserve county library meeting rooms and host their own drag story hours, the district doesn't plan on hosting any because the events do not "fit with our early learning programs."