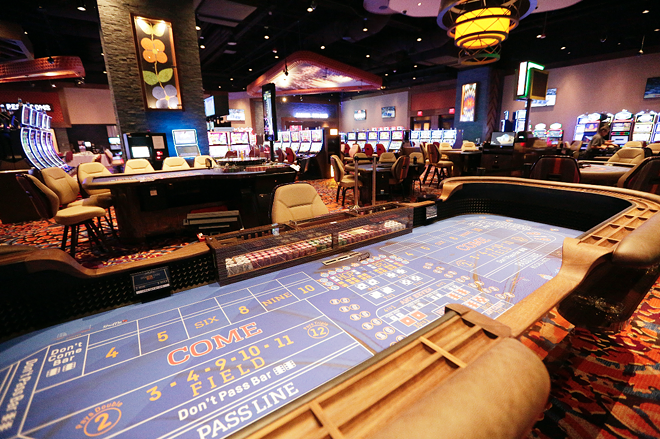 Young Kwak photo
A decision to allow gaming at the Spokane Tribe Casino in Airway Heights was upheld this week when a judge issued a summary judgment order in favor of the Spokane Tribe of Indians and the Department of the Interior.

The Spokane Tribe won the right to build the casino, which has been open since January 2018, after more than a decade of back and forth with federal and local agencies. The Department of the Interior — which oversees the Bureau of Indian Affairs (BIA) and the United States' tribal trust responsibilities — conducted an environmental study before granting the tribe the right to build a casino on the western edge of Airway Heights.

But the Kalispel Tribe, which owns Northern Quest Resort & Casino on the east side of Airway Heights, fought the proposal along with Spokane County. They argued the casino would be damaging to the community and that the decision process didn't weigh the county's concerns enough before a final decision to allow the casino was reached.

In a July 11 decision, U.S. District Court Judge Wm. Fremming Nielsen held that while the Kalispel Tribe would likely "suffer some detrimental impacts through loss of revenue" at Northern Quest, which helps fund the tribe's governmental operations, the federal government was right in determining that a new casino wouldn't be detrimental to the surrounding community.

"The BIA spent ten years investigating the application, seeking expert review, and working
with local officials and governments prior to issuing a decision," Nielsen writes. "The Department's expert concluded that while the Kalispel may suffer in the short term, eventually the profits would rebound and both tribes would benefit."

Among the county's concerns were impacts to Fairchild Air Force Base, but the ruling notes that the "Air Force expressed no qualms about the proposed casino," and the Spokane Tribe voluntarily limited itself to a 60-foot building height even though its permit would allow for a taller structure.

The news was welcomed by the Spokane Tribe.

"We are thrilled that the United States District Court affirmed the Department of Interior’s approval of our gaming application for our Reservation in the City of Airway Heights," Spokane Tribal Council Chairwoman Carol Evans said in a July 12 statement. "We are thankful to the United States Department of Justice and our own legal team for their hard work on this case. The court’s decision rests on rock solid judicial and agency precedent."

The tribe has plans to further develop its property there as part of the Spokane Tribe Economic Project (STEP) to bring more jobs, housing and education to the West Plains.