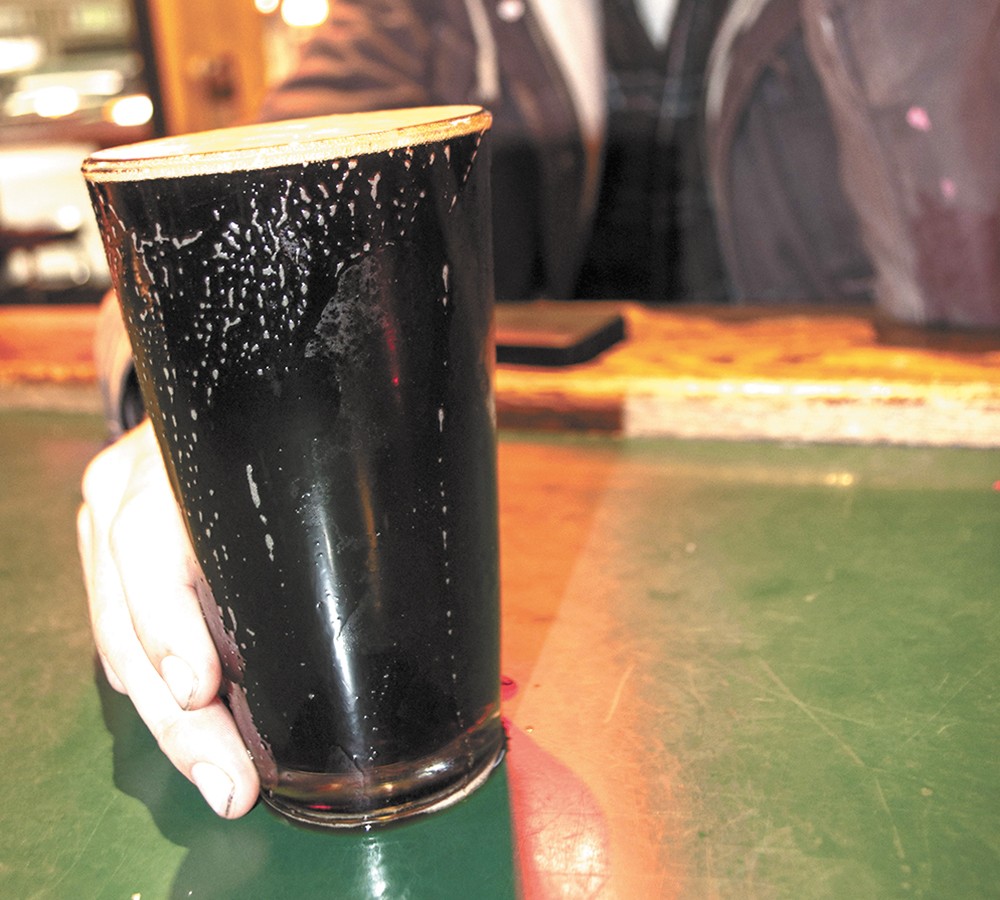 Sarah Wurtz
All drafts, even Pipeline Porter (above), are $2 until 9pm on Fridays at Mootsy's.

We probably shouldn't be telling you

about these Spokane happy hour deals. They aren't free, but they're damn close, and it took us some time to discover them. So use this information wisely.

First up, it makes sense that Mootsy's is one of the country's biggest sellers of PBR (owner Daniel Sanchez says they ranked No. 33 nationally in 2014); they sell it for $1 every Wednesday and Sunday from 2 pm to 2 am. In addition, there's a $2 draft special every Friday until 9 pm.

Moving on to Pacific Avenue Pizza, purveyors of the best (and only) New York-style pizza in Browne's Addition: Beat the crowds and show up early on Tuesdays for a stellar deal of $2 drafts and $2 slices. That's $10 for two people to share three slices and a couple of beers.

At Revolver, a bar and lounge squeezed in between other college hot spots Fast Eddie's and Borracho Tacos & Tequileria on the eastern edge of downtown, you'll want to keep Thursdays in mind. That's the day all domestic beer is $1, a price that makes it worth hanging out with the barely 21 and over.

The servers at Famous Ed's on the upper South Hill always know when it's "prime time" — people start pouring into the bar. Every Monday through Friday, the family restaurant offers insane deals from 3 to 4 pm: $1 for a domestic pint, $2 for micro pints, $2 for house wine, and $2.25 for well drinks. Fridays are especially busy, so arrive early.

Also boasting an hour of cheap drinking is Monterey Café;. Every day, the downtown karaoke spot boasts a "power hour" from 8 to 9 pm, featuring $1 Coors Light cans, $1 Fireball shots and $3 Long Island iced teas, all of which are sure to make your singing sound even better... at least to your own ears.