Spokane already has three annual pop culture-themed conventions — can we support another? 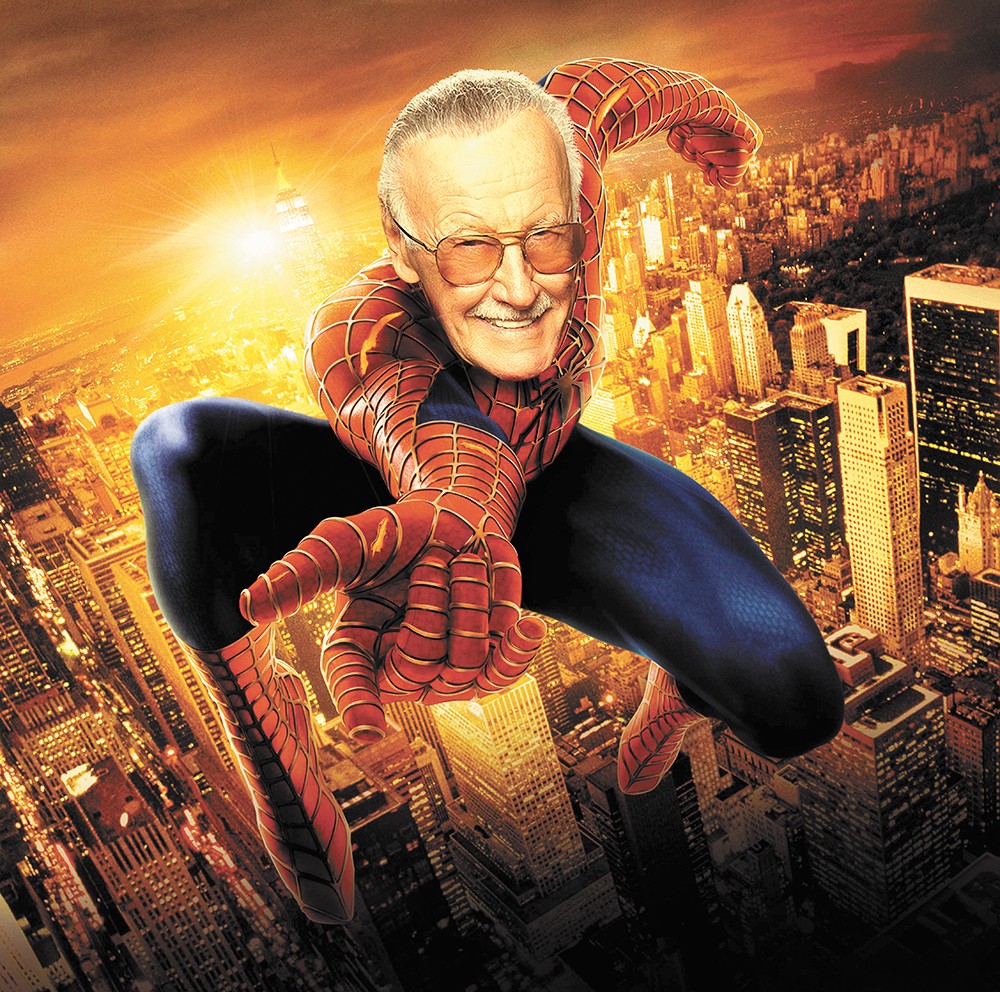 Spider-Man creator Stan Lee is the headliner at the first-ever Pac Con Spokane.

If you build it

"They" is what organizers of this weekend's inaugural Pac Con Spokane comic convention hope to be as many as 20,000 attendees from around the Pacific Northwest. Leaning its marketing heavily on guest appearances by mega industry stars William Shatner and Stan Lee, the new convention has both surprised and excited local fans with such ambitious first-year goals.

Pac Con isn't technically a new event — founder and organizer Jake Mackessy, who lives in Moscow, Idaho — hosted a smaller, warm-up event under the same branding in Pullman early this year before deciding to go big in Spokane. About 2,000 people showed up for February's Pac Con Palouse.

Though his local competitors might argue otherwise, Mackessy isn't just another fan trying to make a few bucks off his hobby. The 32-year-old has been exhibiting at dozens of comic industry conventions around the world for the past several years, representing 25 graphic artists through his company Mercenary Art Studio. Mackessy happened to form a relationship with one of Stan Lee's business partners during the 2012 St. Louis Comic Con and thus was able to successfully book the 91-year-old Marvel comics king for Pac Con's Spokane debut.

"Stan is just very friendly," Mackessy says. "I think people are really going to enjoy getting the opportunity to meet him. It really is a once-in-a-lifetime experience in Spokane for Stan Lee, because I'm not sure how long he'll be traveling. I will certainly try to bring him back next year."

Lee heads Pac Con's first day of events with a Friday evening panel (time TBA), along with two sessions of ticketed meet-and-greets, signings and photo ops, at $220 a pop. Similar experiences with other celebrity guests range from $10-$80.

Organizers of Pac Con, or any other comic convention, don't get to set their own price for such celebrity meet-and-greets, Mackessy explains, thus the steep prices. "We're just selling the item for them," he says.

Conventions also must agree to a predetermined guarantee amount, which, if not met through meet-and-greet tickets, is the organizers' responsibility to fulfill.

Mackessy also attributes the first-year event's successful booking of both Lee and Shatner (who's coming to Spokane again in December for his "Shatner's World" show) to funding from two investor partners, who together helped contribute around $250,000 to Pac Con's budget.

The inaugural Salt Lake Comic Con shattered first-time comic con attendance records in September 2013 when it brought in about 80,000 attendees and $31 million in estimated economic impact. Because of the massive success, the Salt Lake Con is currently happening every six months, with the most recent inception last month attracting as many as 130,000 people.

Its roster of past guests is a "who's who" list of genre stars, and includes many of the names coming to Pac Con. Mackessy modeled many aspects of his event after Salt Lake's.

"The demographics are similar, and this area hasn't been served by a convention of this type really ever," he contends. "You can draw a line from Chicago to Seattle and except for the Southwest, there isn't anything within six hours of driving distance."

While the Spokane Metropolitan Statistical Area comparatively has a little more than half the population of Salt Lake City's MSA, according to the U.S. Census Bureau, fans from outside of the region are already eager to meet the comic industry stars coming to Pac Con. A week before the event, about 25 percent of event ticket sales came from outside the Spokane area, Mackessy says.

Pac Con isn't the only event of its type

attracting hundreds of local fans each year. As conventions centered around science fiction and fantasy books, films, games and television franchises continue to attract attention across the U.S. and beyond, Spokane has been host to smaller-scale movements of its own.

The locally organized, anime-centric KuroNekoCon, founded in 2009, reportedly doubled its growth this year over last. Also held annually since 2007 is SpoCon, a sci-fi and fantasy convention that leans toward a literature, art and performance angle.

For its ninth year in 2015, Lilac City Comicon (formerly Spokane Comicon) is moving to the Convention Center after outgrowing its previous digs at Spokane Community College.

Founder Nathan O'Brien is encouraged to see the Inland Northwest hosting multiple shows a year like his and other groups.

"I think Spokane has a great foundation of people into all genres and who really seem to turn out for all the events," he says.

As comic conventions here and elsewhere continue to reach even broader audiences and bring in bigger names, O'Brien says he hopes other event organizers continue to provide affordable venues for local artists and businesses to participate, and for the public to support.

Aside from the notable stars headlining Pac Con, the three-day convention offers an impressive lineup of artists and vendors, including several from around here. One of those guests is artist Tom Cook, who currently resides in the Coeur d'Alene area and worked on shows like He-Man and the Masters of the Universe, Ghostbusters, Tarzan and Thundarr the Barbarian.

No con is complete without panels and presentations, and Pac Con's schedule is packed with programs every hour appealing to a broad range of interests, from cosplay to discussions of female comic book characters and costume contests with divisions for amateurs, pros and kids.

"We want to make sure everyone has something to do," Mackessy says. "You can only shop so much, and we want to encourage people to stay there and have fun throughout the day." ♦

Jim Cummings (voice of Winnie the Pooh and Tigger)