Musicfest Northwest brings young artists out of the practice room, into the spotlight. 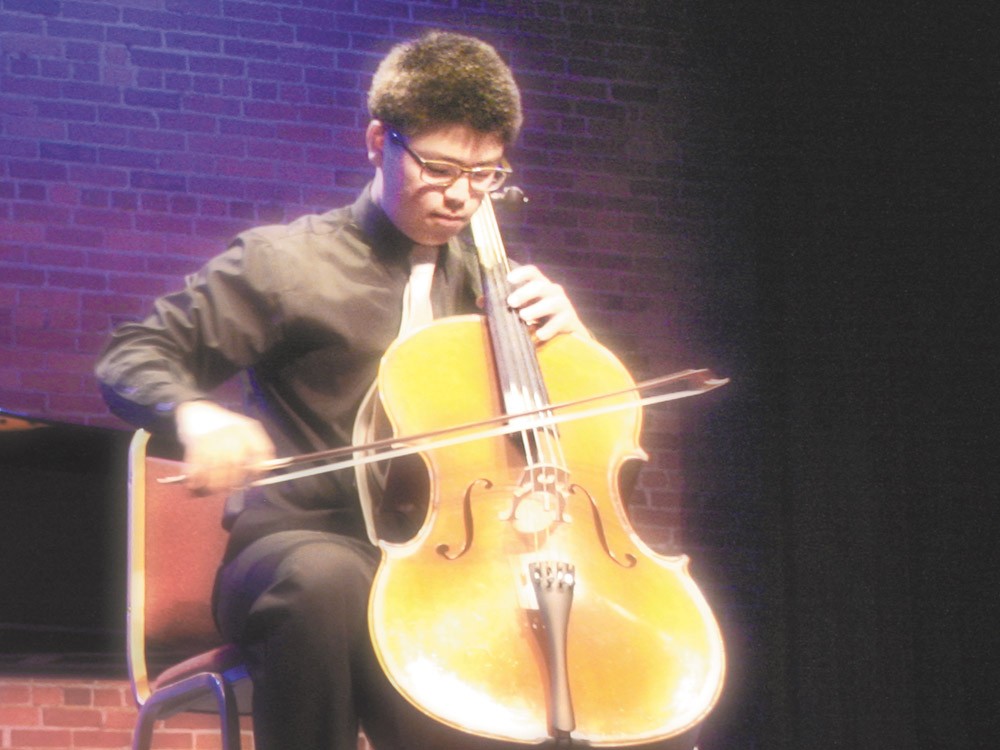 Around this time last year, a then-11-year-old Matt Cotter took a seat behind a piano. It wasn’t his family’s piano — the one he’d been playing since he was 4 — and he wasn’t just playing for his instructor or his parents.

Sure, Mom and Dad were in the room, but the one he was really playing for was an instructor from Juilliard, the man charged with judging Cotter’s performance for Musicfest Northwest, the annual classical music and dance contest that draws young artists together for a week of competitions and performances.

When he finished, Cotter received the adjudicator’s score for the piece. Sure, his nerves were a little rattled, but Cotter, now 12 and a sixth-grader at Hutton Elementary School, enjoyed the experience.

“It was nice to get advice from a professional pianist. It was a little intense, but it was fun,” says Cotter, who will perform in the piano competition at next week’s festival.

What is now called Musicfest Northwest was once known as the Greater Spokane Music and Allied Arts Festival, which was founded in 1945, in the wake of World War II, by piano teacher Josephine Clark. The festival was intended not just to celebrate the entry into peacetime, but also to promote the arts in the region.

These days, the festival, which took on its current name in 2001, brings more than 1,000 students as young as Matt and up to 25 years of age from around the region to be judged by esteemed musicians. In addition to piano — which draws more than 700 students to compete in a vast array of categories and styles — the festival also features contests for brass, flute, guitar, organ, reed instruments, strings, voice and ballet.

Those who shine in their respective classes are awarded medals. The Young Artist contestants who perform well are rewarded with, in addition to prize money, the opportunity to perform on Wednesday night alongside the Spokane Symphony. Then, on Friday night, other top performers and special-award winners are featured at a Festival Highlights show. Both concerts are at the Bing Crosby Theater.

“The chance to play with the symphony is pretty exciting. The kids love to have that on their resume. It’s a feather in their cap,” says Shirley Ennis, the chair of the festival’s piano division.

For many of these young musicians, the festival is a coming-out party. While most young pianists, for example, only perform for their instructors and parents (other than a once-a-year recital), Musicfest Northwest allows for the students to step out into the proverbial spotlight and also get feedback from professionals.

In addition to playing before world-class instructors and having a chance to take the stage at the Bing Crosby Theater, some of the nominated students are also given the opportunity to play on the radio. Since 1996, KPBX (91.1 FM) has welcomed young performers to play live on the air. During this year’s festival, the station has opened up the hours between 10 am and noon between Tuesday and Friday for young performers.

Verne Windham, KPBX’s program director and a classical-music guru, says the festival’s public component is what separates it from other, similar music contests that typically happen behind closed doors.

Windham feels that the invitation to the students to perform live on the air provides them with a chance to earn the respect of their peers, something a solo pianist playing in his parent’s living room might not be able to elicit.

“The kids who get to play on the radio — that can be a really big deal for them. It allows them to be heard and respected,” he says.

Matt Cotter, who has been practicing the piece he’ll be performing in the Romantic category for a while now, is ready for the contest and easing his way into making another big step. He’s not pursuing a career in classical music — he wants to be a veterinarian some day — but he says he’s closer to being ready to dabble in performance.

“I’ve never really performed to a large group of people. But now maybe I will,” says Cotter.

Maybe he’ll do his school’s talent show. He’s not sure. And that’s just fine. He’s young.