After one man was nearly killed with a baseball bat in Cheney, families on both sides question whether justice has been served 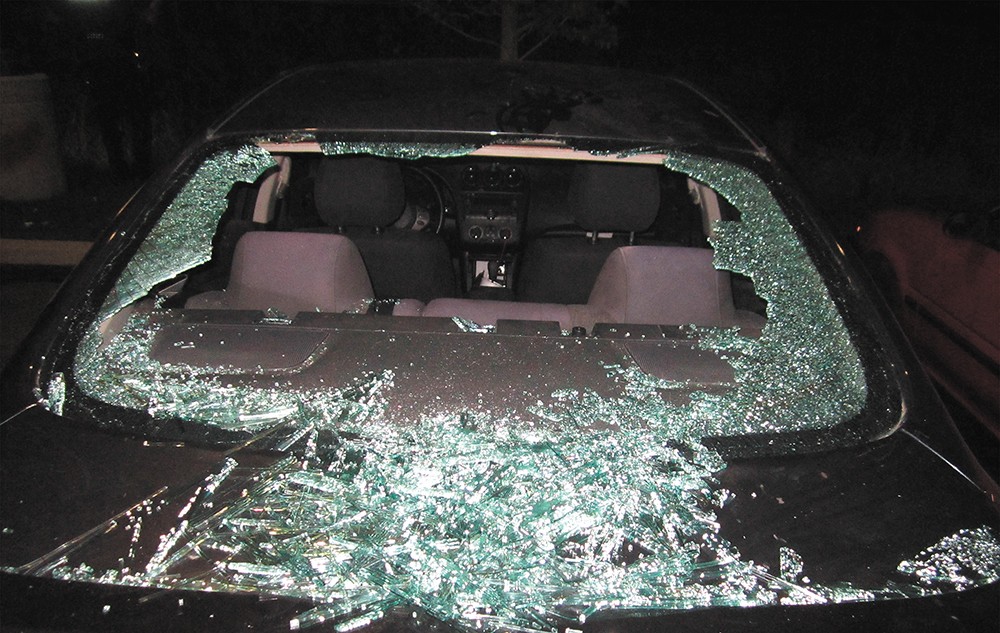 by a group of young men with a metal baseball bat, he's still struggling with debilitating injuries, and two men found guilty in the incident have been sent to prison.

No one seems totally satisfied with the results of a criminal process that started that night at the Grove Apartments in Cheney — a night that friends and family of those involved say they wish would never have happened.

Early last October, Robert "Drew" Schreiber, now 21, was repeatedly hit in the head with a bat while surrounded by a group of three or more young men. Witnesses said the men yelled they were after Schreiber for kicking in the back window of the car they'd been in.

The car belonged to John Todd "JT" Mellgren, now 25, who a jury found guilty of attempted murder and first-degree assault after a trial this April. Mellgren, the state argued and the jury agreed, had been the one with the bat. He was sentenced to serve 15 years in prison.

Another man involved, Damian Dunigan Jr., now 21, will serve 21 months (with credit for time served) after he pleaded guilty to second-degree assault in a plea bargain with the state rather than take his case to trial. He originally faced the same charges as Mellgren.

Mellgren's family, as well as Schreiber and his family, say that Dunigan's lighter sentence represents a failure of the justice system.

On Oct. 8, the night of the incident, Dunigan drove Mellgren's car to the Grove Apartments, a popular party spot for Eastern students. About six people were in the car, and as they drove into the parking lot, they noticed a man, Schreiber, shouting at them from his second-story window.

Witnesses say Schreiber jumped from the window, chased the car, jumped on the trunk and kicked in the back window, shattering glass onto the trunk and people in the back seat, including Mellgren and his girlfriend, as well as another couple, according to statements gathered by Cheney police. It remains unclear why, but it appears that Schreiber may have believed another man was in the car, a man who he had gotten mad at earlier that night.

About a dozen interviews are summarized in the 176-page Cheney police report on the incident, a copy of which was provided to the Inlander by Mellgren's sister, Sarah Mulkey.

From there, it's less clear what exactly happened, but according to the police report, it went something like this: Schreiber was chased by three or more men, who beat him up near a basketball court; he then managed to run away. He pounded on the door of a woman who didn't know him, asking for help — she didn't let him in — and ran away as a group chased him. Schreiber was then attacked again by three to five men, one of whom beat him repeatedly with a baseball bat, even as people who had driven up to the scene near the gate to the apartment complex yelled for him to stop.

Schreiber was kept in a medically induced coma in the intensive care unit at Providence Sacred Heart Medical Center and hospitalized for more than a month. He is still recovering from injuries at home in Yakima.

Mellgren's father, Scott Mellgren, says that he knows his son was involved, but he questions whether JT was the one wielding the bat that night, why his son wasn't allowed to ask for the same plea deal that Dunigan got, and why a third suspect was never brought into custody.

While Cheney police have identified a third suspect, he still hasn't been interviewed or charged in the incident. Capt. Rick Beghtol, now Cheney's lead detective on the case, says he believes there is probable cause to arrest the third man, but he's going to consult with the prosecutor's office first.

"Generally speaking, we don't do that. I make a determination as to whether there's probable cause or not," Beghtol says. "But since this case has already had a trial and somebody has pled out, we want to get some buy-in with the prosecution."

Because the investigation seemed to have dropped off after Mellgren and Dunigan were arrested, and there are conflicting accounts from witnesses as to who was the person swinging the bat, Mellgren's relatives question whether the justice system did its job in this case.

"If you've got multiple assailants, there should be equal charges and you should let the law play its part. It should have been up to a jury to decide if Mr. Dunigan was guilty of those charges," Mulkey says. "I understand that justice isn't always fair, but it should be set up to be as fair as possible."

Deputy Prosecutor Jennifer Zappone says the evidence indicated "this resolution was in the best interest of justice."

"The witnesses at trial testified that while Mr. Mellgren was beating Mr. Schreiber with the metal bat, Mr. Dunigan was either standing by or at worst kicked Mr. Schreiber. The evidence at trial showed that Damian Dunigan knew Mr. Mellgren would hit Mr. Schreiber with the bat, but not to the degree of attempted first degree murder or first degree assault," Zappone says in an email. "Mr. Dunigan received the maximum punishment under the law for Second Degree Assault with a Deadly Weapon Enhancement."

"I would love to live a normal life, and be able to go back to the way things were before," Schreiber writes to Judge John Cooney in a victim statement describing the many health issues he has as a result of the incident. "I would love to have a day with no pain, but I don't have a single second without pain. ... I would like to reiterate I think it is a failure of the justice system that Dunigan is getting so little punishment. If you could give him a heavier sentence, you should do so."

Schreiber's mother, Amy Karau, reads his letter to the court at Dunigan's sentencing hearing on July 12, before reading her own letter.

Because of the attack, her son has impaired vision, an impaired ability to read and do tasks that were once easy for him, and a myriad of continuing health issues. The former track athlete tried to start running again this spring, but an unrelated leg injury has kept him from doing so, she says to the court. Any surgery he needs in the future is more dangerous, she says, as his brain injury makes anesthesia riskier. When he was out mountain biking in recent weeks, he fell and suffered a concussion.

"An ordinary week in our house now consists of six or more doctor and therapist visits and 15 or more home therapy sessions," Karau says during the sentencing. "My husband and I went from being empty nesters to having our son back in our home, needing 24-hour-a-day support. ... We believe the sentence should be far greater than what has been agreed."

Karau and her husband, Fred Karau, Schreiber's stepfather, declined to comment for this article.

"While I do not believe that there is any good solution for the results of that unfortunate night, and while I am not a legal expert, I cannot understand why one young man would have 15 years of his prime life stripped from him, and another young man in the same situation may get only 2," Mellgren's cousin Joshua Porter says in a statement to the court. "The disparity seems quite unjust."

When given the chance to speak at the hearing, Dunigan's public defender, Kari Reardon, says her client has a lot of guilt about what happened that night, and she's not sure how anyone could be expected to stop someone with a bat. With no felony history, she says the sentence Dunigan would receive is "very severe for somebody who just turned 21."

"I imagine if every person involved in this incident could go back and change one tiny little thing leading up to what occurred, they would," Reardon says to Judge Cooney during the sentencing. "I know speaking with Damian, he said, 'I wish I didn't go out. I wish I would have stayed home.'"

Reardon declined to comment for this article, and says that Dunigan will not speak with media on the advice of counsel.

Dunigan was sentenced to serve the maximum for that offense, plus added time with a weapons enhancement, because a gun that wasn't used in the attack was later found in the car.

Mellgren has appealed his case.

"My brother will potentially just be entering the appeal process when Mr. Dunigan gets out of jail," Mulkey says.

Both Dunigan and Mellgren are currently at Washington Corrections Center, a Department of Corrections prison in Shelton, on the Olympic Peninsula.♦