Got a flat riding over destroyed streets? Your fault. 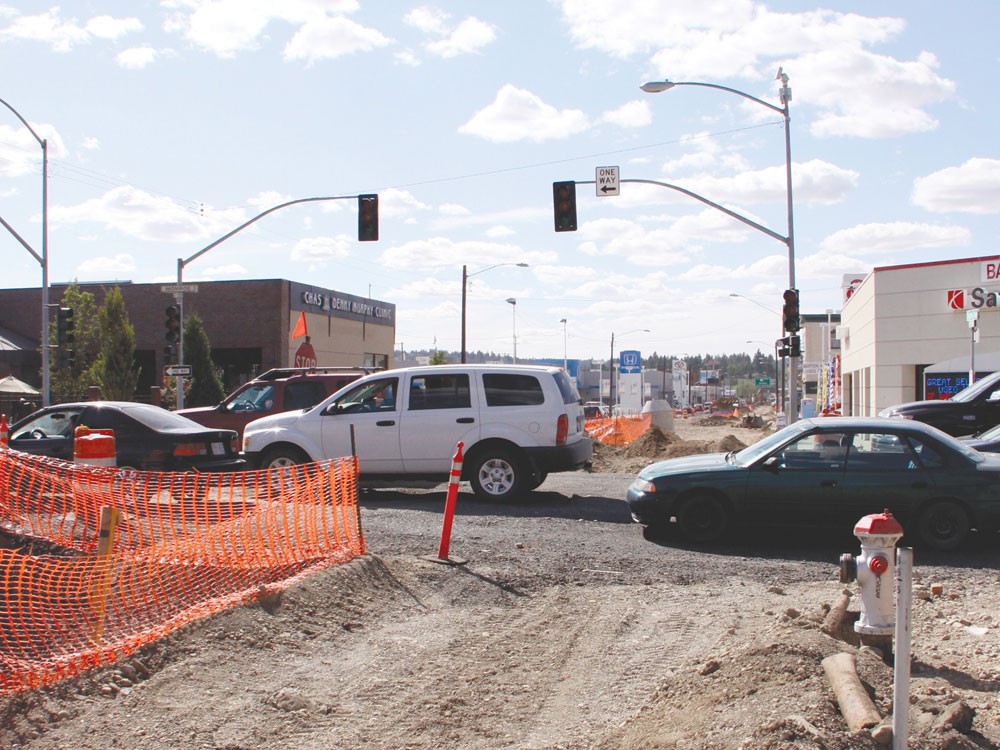 Joe Pflueger photo
Switch from road to mountain bikes. Instead of a car, use an alpaca

Maybe it’s me. Twice now since road construction began in downtown Spokane, I’ve arrived home with a slowly hissing tire on my road bike. Ten minutes, some greasy hands and a few dollars later, my bike’s in working order.

But still — I tend to think it’s not entirely my fault since during the previous year I didn’t get one flat. The city does not agree.

“You can complain. It doesn’t mean you’ll get anything,” city spokeswoman Ann Deasy says helpfully when asked if the city is compensating people for flat tires, bottomed-out vehicles and other construction-related vehicular woes. “I suggest switching, as you might have gathered, to a mountain bike.”

No one’s formally complained with the city, Deasy says, but she’s pretty sure if they did, they’d have a hard case to make.

“You have to establish fault,” she says. “Explain how it is that the city’s at fault. If it’s on a construction site where the street is clearly torn up, that would be hard to do.”

For those willing to fight an unwinnable battle, Deasy recommends writing down the exact location and time of the incident, with a detailed description of how the city destroyed your mode of transportation. Just don’t call Deasy.

“The risk management department,” she says. “They have a form.”

For cyclists desperate to avoid gravel patches and man-sized holes in the road, sidewalks can be ridden on — if outside of downtown, in the area mainly bounded by the Spokane River, Third Avenue, Washington and Adams. (There are other “congested districts” where bikes are prohibited on sidewalks. For a full list, visit http://www.spokanecity.org.)

While on the sidewalk to avoid cars, be sure to avoid pedestrians. Geoff Forshag, a co-owner of Two Wheel Transit, rides his Klein road bike, equipped with reinforced tires. “I just go right over it,” he says confidently.

Forshag says he doesn’t feel that cyclists are getting it any worse than any other commuter. “Everybody’s a bit cranky,” he says.

Prefab construction could be having a renaissance, and WSU's Ryan Smith is at the forefront