Ghostland Observatory is a robotic rug-cutting dance machine … from Texas? 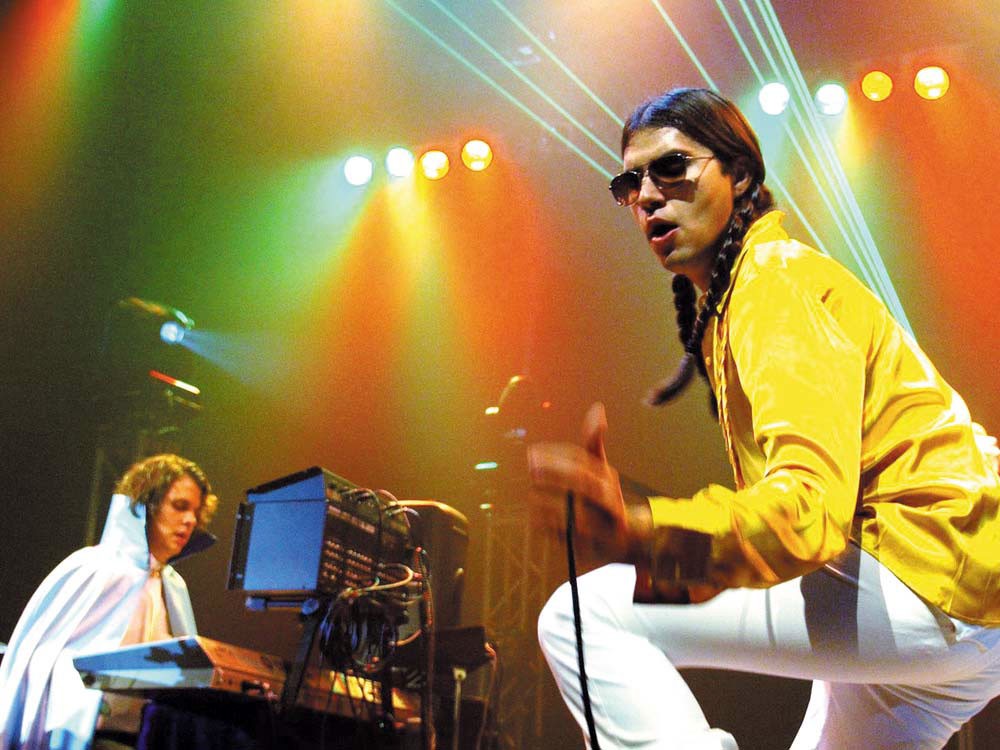 It's a firestorm of lasers, men in capes and an androgynous-looking Pocahontas. And that’s just onstage. Offstage, their devoted followers shimmy, shake and groove to the electronic dance beats and bizarre sideshow that is Ghostland Observatory.

The Texas duo — Aaron Behrens and Thomas Turner — have created an electro/punk sound that fuses electronica, glam-metal guitar, drums and ballads into one big ball of energy. Their four-album discography plays like a continuous dance party … which is kinda the point.

The music is made to have fun with, to dance to. And Ghostland’s unusual stage antics and general buffoonery are just icing on the cake. “When we first started the band, we wanted to be different, make different music and try to stand out,” Turner says. “I think that’s what we’re still doing.”

It’s not usual to find robots, astronauts and space zombies break-dancing at a Ghostland concert. Turner gallivants around the stage in a cape made from a Texas flag and Behrens is a pied piper for the masses. When he dances, fans follow.

“You haven’t seen a show like this before,” Turner says.

“You’ll see more lasers than you’ve ever seen in your life. It’s the crowd’s energy, people sweating and dancing, then lasers flying around everywhere. The more detached we are from reality, the better.”

Here are our picks for the most danceable Ghostland tracks. You can count on hearing several of them at the show.

“Silver City”: You can’t be too drunk to dance to this song. Hip-hop beats, repetitive keyboard rainbows and a helluva lot of background noise will make your stumbling and lack of rhythm seem intentional.

“Dancing on My Grave”: Whoa, Freddy Mercury anthem. This is serious business. The more flailing and melodramatic the dancing, the better. Show us what it means to dance on someone’s grave. (Tip-toeing to the xylophone solo might be a good starting point.)

“Ghetto Magnet”: This song sounds like a punk-y swarm of bees behind a drum machine. Crashing to the floor and mild head-banging is allowed, but don’t push your neighbor.