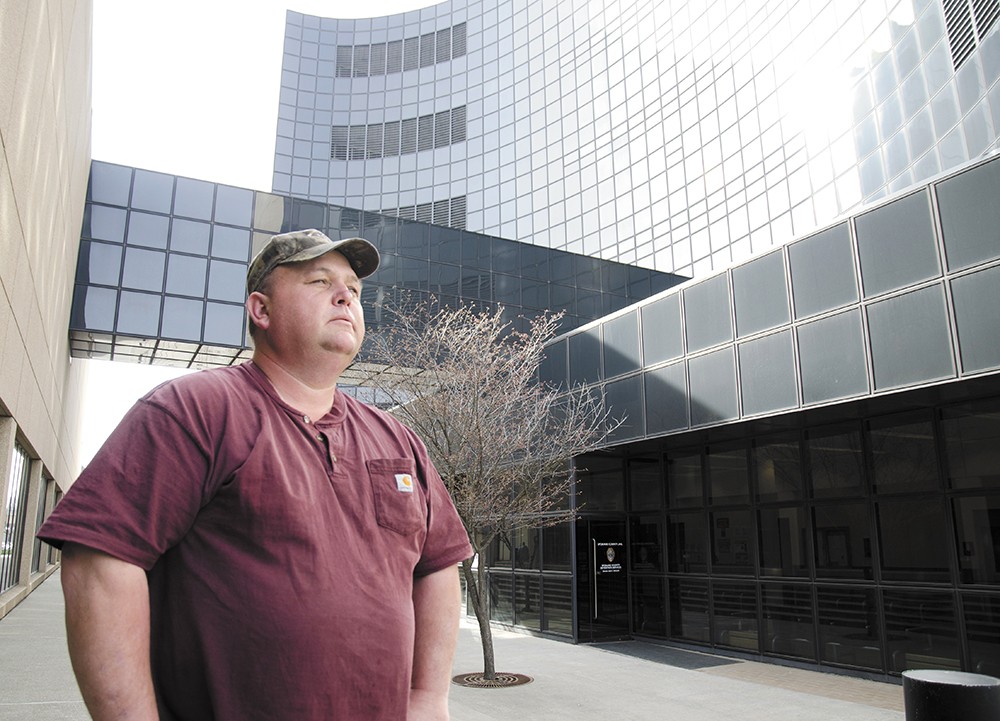 Rifling through a briefcase full of legal files, Robert Lee argues that he did everything he possibly could have done. As soon as he learned his son would serve six months in the Spokane County Jail, Lee scrambled to coordinate attorneys, doctors, court orders and all the proper paperwork.

Lee's 19-year-old son Danny requires medication for bipolar, attention deficit and other impulse disorders. The meds help stabilize his mental focus, anxiety and what can sometimes be violent mood swings.

So before taking his son into the jail last May, Lee notified attorneys and his son's psychiatrist, had the judge include the meds in her court order, and filled a new prescription. Lee asked the pharmacist to put a safety seal on the meds to ensure they had not been tampered with.

"I have all his medical records. I have his medicine — signed, sealed and delivered," Lee says. "You could have got those pills into Canada, but you can't get them in the Spokane County Jail."

Jail staff refused to accept the medication, citing a longstanding practice that contradicted its own written policy. Even with Lee making numerous appeals, his son still went nine days without receiving his complete regimen of meds.

Jail officials say they have worked to improve the process, but Lee says it likely will take a federal civil rights lawsuit to force a true overhaul.

"They knew exactly what [Danny's] medications were," Lee says. "They didn't care, or they didn't follow through. ... It's not only hard on the inmates, it's hard on their families."

In his downtown office at the legal nonprofit Center for Justice, attorney Jeffry Finer says he has encountered an increasing number of Spokane County inmates who have struggled to get timely access to the simple medications they needed. He says many suffer medical complications, mental instability, anxiety and other unnecessary problems.

"What we have been seeing is a lot of needless suffering and pain, a lot of medical harm," Finer says. "[But] the apparent belief amongst many of the policy makers is that everything is fine."

John McGrath, director of the county's Detention Services, acknowledges inconsistencies in the jail's medication policies. He says his staff recently launched an in-depth review of all medical practices to look for ways to strengthen or improve inmate care. Part of that includes consolidating multiple contradicting policies and formalizing medication approval.

McGrath says the jail cannot dispense meds unless they are approved by the in-house physician. To do that, inmates must fill out a medical release that is then faxed to their doctor, who confirms the prescription and sends it back. Then the jail physician must approve dosages and file an order to the pharmacy, which then fills and returns the prescription.

"There are still some things that are beyond our control," he says.

The jail budgets about $600,000 a year to provide prescription meds, but many things can stall the process. Inmates may improperly fill out forms. Doctor's offices can be closed. Faxes get misfiled. And up until last fall, the jail ordered all medication through a pharmacy on the East Coast.

McGrath says the jail has since switched to a local provider that can fill emergency requests in less than two hours. Information about how to request medications before arriving at the jail has been added online. Jail officials have also apologized to Lee about his son's delay.

"There were some process issues that we've addressed," McGrath says. "I don't think there's too much more we could do."

Finer notes that Danny suffered no permanent harm, but that's not always the case. If the lack of medication had caused him to turn unpredictable or violent, he could have injured himself, a fellow inmate or corrections officers. Danny would then be punished for that behavior while the jail would potentially face new expenses over medical or legal costs.

"The well-being of himself and others is at risk if he's not on medication," Finer explains, adding, "[But] it wasn't a behavioral problem. He was unmedicated. They created the risk by not medicating him."

With funding from a recent grant, Finer now plans to package Lee's legal case with other area families as part of a federal civil rights lawsuit. After filing an initial claim in February, he expects to move forward with the Lee lawsuit in the coming weeks.

"His may be the best documented collapse of medical care," Finer says, "but it's not the only one. ... I'm seeing these line up and I can't move them fast enough."

In addition to Finer's clients, the Inlander has also fielded independent complaints from inmates or family members. Martin Champagne called last month to report he had spent six days in the Spokane County Jail without medication for his bipolar disorder. After nearly a week, he was released when the charges were dropped.

"It's scary," he says, explaining that he filled out multiple release forms and medical requests without success. "They put my life in danger. ... I was pushing paper like crazy trying to get them to help me."

Another inmate with bipolar disorder, a 45-year-old man still incarcerated at the jail, also recently sent a long letter describing his frustrations with the medication process. He says he spent at least eight days without medication, locked down on suicide watch, during which time he experienced audio and visual hallucinations.

"I was denied my psych meds," he writes, "and was treated without dignity and respect."

The family of Amanda Cook, a 25-year-old Spokane woman, also shared its concerns about the jail's inability to provide medication that improved Cook's mental stability during a previous jail term. Records from the family show jail staff took more than two weeks to get a medical release, and Cook's sister says she never received the medication she needed. Cook later killed herself in a jail's showering area.

McGrath, the jail's director, says he expects his staff to complete its policy review and provide recommendations later this year. He says he could not provide specific proposals at this point. He says he's aware of Lee's case and a few other complaints, but maintains the process includes several safeguards to provide emergency medication to those in dire need.

After some personnel shortages, McGrath notes the medical team also will return to full staffing next month. Eventually, he would like to add an intake nurse to start the medication process right at booking — a best practice that advocates say is used at some other Washington jails.

Finer says he is encouraged by the jail's review efforts. He would like to see an intake nurse as well as improved communications with physicians. He wants to see a policy that helps families navigate the system and gets people simple medications in a timely manner.

"Whether it's got one cause or many causes," he says, "it's so evidently a pattern that people aren't getting proper medical care when they need it."

He wants to see the jail provide better care, whether it takes a lawsuit or not, and believes it should not be that hard. He says Danny still suffers fear of small rooms and the dark since his release.