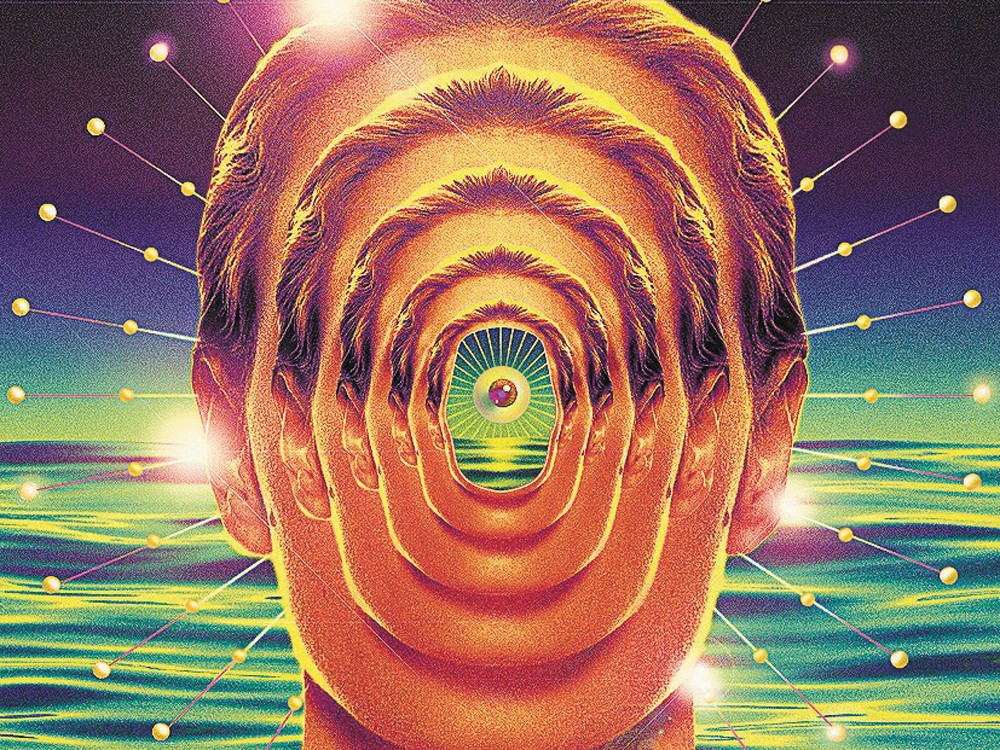 Witch house is as much about a creepy aesthetic as it is about the music. Above: some of Mascara’s dark imagery

It all started in the bedroom — not in the garage or at a friend’s party. The way Shane Shumate explains it, the entire style of music that he plays — an Internet sub-genre of electronic music called witch house — was started by guys in their boxer shorts, sitting on their laptops at home.

“You could upload a weird crazy song with visuals and no one would ever know [who you were],” Shumate, better known by his stage moniker Mascara (or, even, M/SC/R/), says over the phone from a stop on tour in Seattle.

Where rock bands get out and play shows, these artists wanted to remain anonymous — gaining a following through the Internet and garnering praise for their slow, dragging, misty tracks in the form of emails, instant messages and likes. The idea of performing live in front of an audience, for many, was missing the point. This music was escapism into a darker, stranger place.

“No one knew who anyone was — and some people were so weird and scary,” Shumate says.

Like musicians across most genres, witch house artists tend to sneer at the tag. But it is an apt way to describe the music: staccato dance beats pulse over creeping, syrupy droning and a stratum of distortion. Moaning vocals are tucked far back in the mix as if the singer is hiding behind a closet door or under a bed somewhere. It’s music that thrives on juxtaposition: light vocals, heavy beats. It’s the music at the rave just at the entrance to hell.

To add to the strange sound, witch house artists adopted symbols within musical monikers. A’s become triangles, E’s become 3’s, I’s become inverted crosses — all as a tongue-in-cheek way to make the music seem more evil, more occult. Today, Shumate talks about witch house like the imagery and the music are intrinsically linked — and in a sense they are. With everyone staying anonymous, personas were built on creepy YouTube videos of B-horror movies and on CD covers like Mascara’s Silver Night Gothic, which features a young girl standing alone in the middle of a forest.

Shumate, who grew up with one foot in hardcore and punk and the other in rave culture, says he was instantly attracted to the scene.

“I had been making experimental noise [music] since I was in high school. That’s how I started making Mascara. It started off as just like a noise project,” he says. When witch house popped up online, it was perfect timing for him. “I had just started making my weird music, so I jumped on board.”

Witch house soon took off, and gained cult-like followings among big city warehouse crowds when bands like Salem decided to take their act to the stage, veiling themselves in blankets of fog. Shumate saw the small Internet community explode in New York City, where he lives, as a sort of anti-rave culture. Where 1990s raves were about candy colors and hugs, witch house exuded a black, comatose vibe.

Soon though, he says, the market was saturated. “Everyone was throwing symbols in their name,” he says. But that allowed Shumate, as Mascara, to turn a corner. “It kind of got exploited and everyone started doing it. I took the symbols out of my name and started making the music that I wanted to make.”

He took a new look at his live show. Where other bands shroud themselves in fog and dark cloaks onstage, Shumate smiles as he sings into the microphone, and blasts audiences with beams of rainbow colored lights. It’s the opposite of what his counterparts are doing, he says.

“The show that you’re going to see is going to be a huge spiritual journey.”

Musically, Mascara fused the best parts of witch house with ’90s house music, drum and bass and, even, ambient artists like Enya, he says. When he embraced his own sound, Shumate was able to produce songs like “Shadow of Tonight,” a song that layers a danceable beat over thick, viscous keyboards.

“I’ve had people all over the world tell me they’ll never forget that song as long as they live,” he says.