Davenport-based Wheatland Theatre is giving the rural community classic musicals, and then some

Wheatland Theatre Co. photo
The wind comes sweepin' down the plain in Davenport.

From the moment he moved to Eastern Washington for his father's new job as superintendent of the Davenport School District, Drew Kowalkowski experienced a mild, if indirect, form of culture shock.

"As my dad was meeting people, they would ask him if he had kids. And he would say, 'Yeah, I have three who are adults and one who's going to be a sophomore in high school.' And their next question was always, 'Great. What sports does he play?'"

That was when Jim Kowalkowski had to explain that his son didn't play sports. He did theater.

But, no, this wasn't Bomont, the repressed rural town from Footloose. The residents of Davenport had a lot of respect for theater, especially classic musicals from Broadway's postwar heyday. They said that Drew would find a rich creative outlet in the "great" theater program at the local high school.

"What a 'great' theater program looks like in a high school where the average graduating class is, like, 30 people is that they have a part-time choir teacher, and in her choir class she does a musical every four semesters," Kowalkowski explains.

As it turned out, there was a production of Bye Bye Birdie — a musical about how a group of small-town teens react to their Elvis-eque singing idol being drafted into the Army — scheduled for the semester that he arrived. He recalls the part-time choir teacher Karen Brewster pulling him aside and asking, "What part of this do you want to take over?"

"We worked on Bye Bye Birdie together. I played [the lead] and sort of co-directed it and choreographed a couple of numbers, even though I'm not a dancer, and designed the set. And that started the partnership between Karen and I."

Some years prior, there had been a small community theater in the area called KP Productions. It was run by two elderly women out of Harrington, about a 15-minute drive from Davenport through flat farmland where sagebrush clusters along the roadside.

"They did Music Man and Fiddler on the Roof and Mame. As I understand it, they sort of rehearsed in their living rooms and built the sets in their barns and performed it on the gym floor at the school. It was very, very, very community theater. They had stopped doing shows a few years before, and so people had been pressuring Karen to take up the mantle of community theater in Lincoln County," Kowalkowski says.

Owing to their positive collaborative experience with Bye Bye Birdie, Kowalkowski, Parker and her husband Steve quickly set to work founding a successor of sorts to the now-defunct KP Productions. Their new community theater organization launched the next season as Davenport Theatrical.

"Little Shop of Horrors was very our first show. In Lincoln County, everyone wants those big, 1950s, Golden-Age musicals with the big cast, very family friendly, shows that they already know all the music to. And we didn't quite want to give them that," Kowalkowski says.

That was soon followed by a production of Into the Woods, which prompted a memorable letter to the local paper that sanctioned the show's murderous giant but disapproved of its extramarital kiss. Then came Death by Dessert and Alan Menken's A Christmas Carol.

In 2010, Kowalkowski graduated and left for the big city. Four years later, while managing a theater in Boston, he returned to Davenport to guide the volunteer-driven organization he'd helped found through a strategic planning process. That led to the establishment of a mentor-style guest artist program to bring in professional actors and directors from around the world.

"Lincoln County is — and I have statistics to back all this up — the least ethnically, religiously and politically diverse county in the state of Washington. I was pretty much the only person in my graduating class to leave the Inland Northwest," he says. "A lot of the people I went to school with, and their parents and their grandparents, never have opportunities to meet people who don't look like them or think like them."

The community theater and its guest artist program therefore provide an ideal vehicle, both fictional and real-life, to "have people explore other stories and other people, places and ideas while still in their town." One impressed cast member likened the program to bringing in NBA players to coach the high school basketball team. 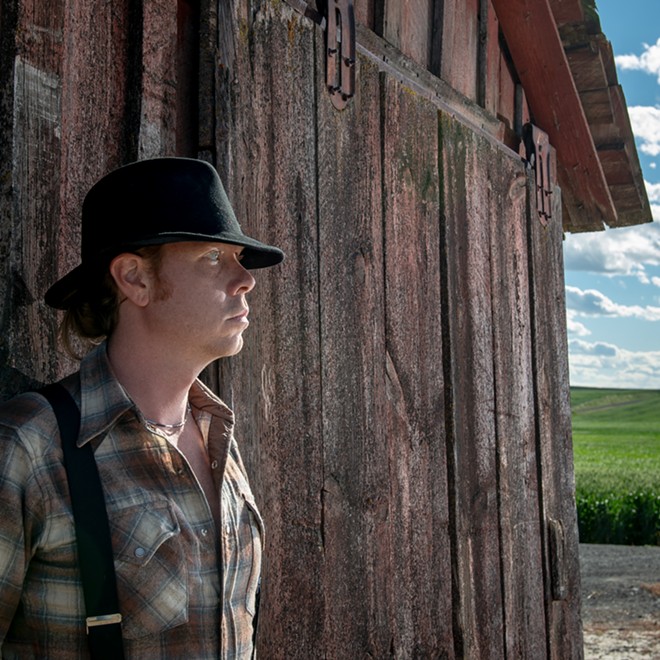 The initiative appears to have worked. Davenport Theatrical went from an annual operating budget of $3,000 in 2014 to $70,000 today, thanks in part to a large NEA grant and an outpouring of $20 and $50 donations from the local community. After a production of Big Fish in 2016, the organization took a hiatus and changed its name to Wheatland Theatre Co. to better reflect its grassroots image and its more regional scope.

Wheatland's latest production is Rodgers and Hammerstein's classic Oklahoma! In addition to its locally sourced cast, it's overseen by Boston-based director Lee Mikeska Gardner and features sets by New York-based designer David McQuillen Robertson as well as new orchestrations for a six-piece folk band composed by Zach Baker, who was formerly with the Modern Theater and now lives in Wyoming.

"The idea behind Oklahoma! was that we wanted to do a show that people are going to come see, but we're going to do in a little different way. Everyone thinks [it] is a family friendly, fun romp, but it's totally not. It's a very dark show. There's a lot of sex and conflict in the show, and we're really highlighting all of that," Kowalkowski says.

Ten years on, is it still too soon to be overtly risqué in the heart of rural Washington?

"Big Fish had an extramarital kiss," Kowalkowski laughs, "and no one said anything about that." ♦