Questions surround a death at the Spokane jail; plus, the bills that withered in Olympia 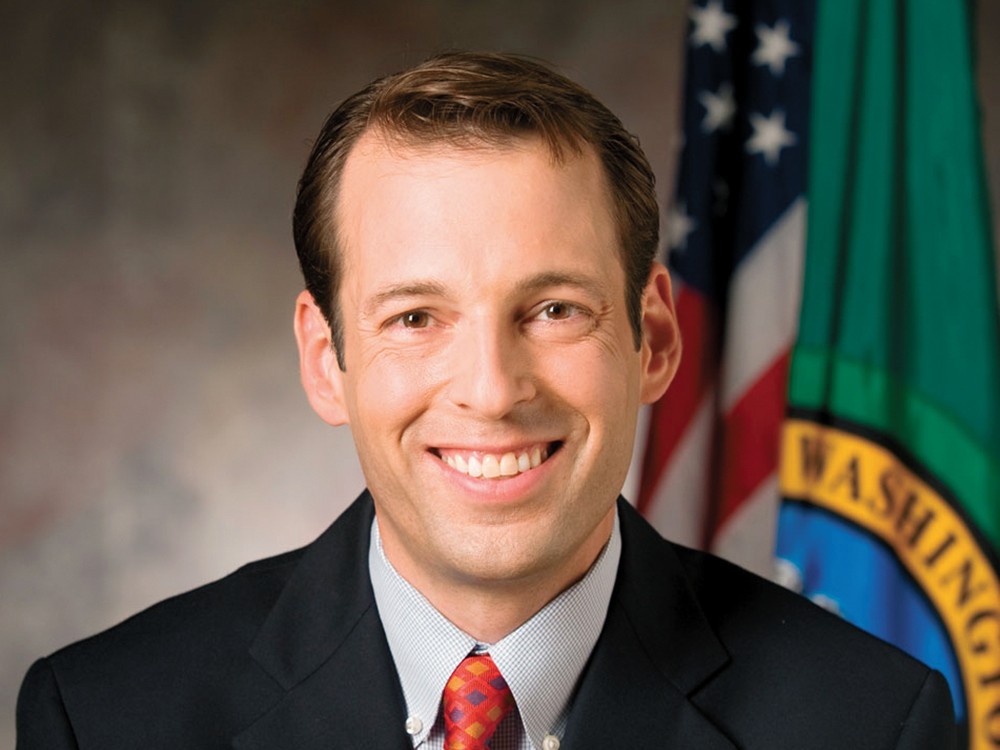 State Sen. Andy Billig’s bill to let 16- and 17-year-olds pre-register to vote didn’t get out of senate committee this session.

After an early morning call for help ended in an unexplained jailhouse death, investigators continue to sort out how authorities medically evaluated and restrained 33-year-old Christopher J. Parker, who died at the Spokane County Jail on Sunday.

Many initial questions have emerged over how Parker, a diabetic reportedly high on methamphetamine, was medically treated, booked into the jail and later Tasered before being strapped into a restraining chair. He then lost consciousness and could not be revived.

Investigators say Parker called for help at 3:17 am Sunday, reporting he had ingested meth. Spokane Fire paramedics evaluated him and, because of an outstanding warrant, released him to the jail. County jail deputies report Parker became “uncooperative” to the point they Tasered him and put him in a restraint chair.

In the wake of Parker’s death, Spokane County Sheriff Ozzie Knezovich also released a public apology Monday after the jail’s online inmate roster briefly listed Parker as deceased before his next of kin had been notified.

“This should not have happened and we want to express our sincere apologies to Mr. Parker’s family for any pain this caused,” he says.

The Spokane Investigative Regional Response Team, comprised of detectives with the Washington State Patrol, Spokane Police Department and Spokane Sheriff’s Office, will lead the investigation into the death. The Spokane Fire Department also planned to review the incident.

THE PATH NOT TAKEN

For all the national discussion about gun control, multiple gun control bills in Olympia didn’t make it out of committee, including one restricting assault weapons. On the more conservative side, a bill to let teachers carry a gun wasn’t even granted a hearing.

It’s not unusual. For most bills, the deadline for making it out of committee was last Friday. Already, 35 percent of proposed bills have been removed from contention.

A Senate bill allowing school students to be searched without a warrant won’t see the floor. Another bill, suspending the Growth Management Act for counties with underemployment under 7 percent, also won’t see the light of day.

Sen. Andy Billig’s bill to let 16- and 17-year-olds pre-register to vote when being issued a driver’s license is dead in the state Senate. In the House, a tax on pet food (to help pay for neutering services) is dead, as are attempts to provide single-payer universal health care.

Agencies won’t be required to automatically approve permits if a decision hasn’t been made in 90 days, hydropower won’t be reclassified as renewable energy, and welfare recipients won’t receive drug testing.

And no, Republican Rep. Matt Shea’s attempt to change the way Washington electoral votes are calculated — which would likely have given Republicans more electoral votes and Democrats fewer — didn’t manage to make it out of committee.