The niche appeal of Letterboxd, a social media platform for movie nerds

As if I needed another social media platform to waste my time, a few years ago I started an account on a little-known site called Letterboxd. It's a hybrid of LiveJournal, Yelp and a particularly dorky film message board, where folks can keep a "diary" of the movies they watch, tack on star ratings and reviews, and "friend" other users to follow their cinematic updates.

My Letterboxd use was sporadic at best, but I started logging in again when the pandemic ramped up. Since last March, I've been dutifully keeping track of the movies I watch, a mostly thankless task that's really for my own edification.

This may be a super-niche service, but it has amassed more than 3 million accounts since launching a decade ago, with more than 600 million individual films logged. A Twitter account (@InsaneLetterbox) documenting the site's most inexplicable reviews has more than 145,000 followers, and recent write-ups examining the appeal of Letterboxd ran in the New York Times and the Ringer website. 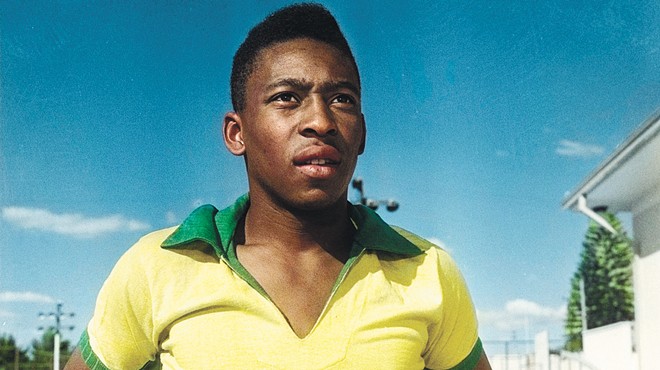 So what is that appeal? For someone like me, who loves order and lists, it's the convenience of having all my viewing habits laid out in front of me. It's also the breadth of opinions on the site: Most popular Letterboxd reviews are either tweet-length jokes or wildly overwritten film school theses, but I can always find at least one radical reinterpretation of a sacred cinematic text that changes my view significantly.

But my favorite component is the one that breaks down your personal statistics: how many movies you've seen, how many hours of your life that has taken up, which genres and filmmakers you're most familiar with. This is how I learned that my most-watched actors include Robert De Niro, Tom Hanks and Julianne Moore, and that despite having seen 25 Spike Lee joints, I've still got more than halfway to go before checking off all his directorial credits.

Those stats have also illuminated some of my glaring blind spots — I need to explore the cinema of Africa and Southeast Asia, and my list of favorite directors should really have more women in it, which inspired a recent deep dive into the filmography of French master Agnes Varda.

And as with any diary, there's something comforting about being able to revisit memories, to see that I rewatched GoodFellas last Sept. 28 and wrote that it was still "f—-ing flawless." Indeed, past self. Indeed. ♦

The original print version of this article was headlined "Dear Film Diary..."