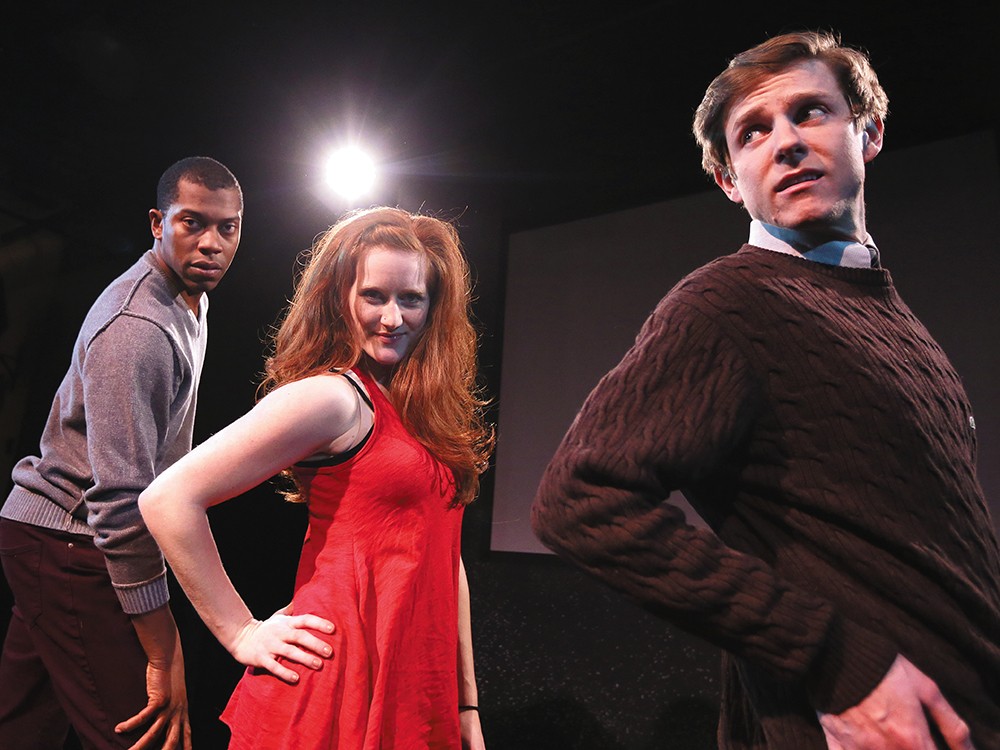 Like many people inside and outside of Spokane, Stephen Karam became engrossed in the scandal that erupted around Mayor Jim West in 2005. Here was a man who had long cultivated a political persona that was hostile to any legislation advocating gay rights, and he supported at least one law that put homosexuality on a par with pedophilia.

Privately, however, West was everything he claimed to oppose in public. He actively solicited the company of young men on Gay.com, and there were further allegations that he enticed them with promises of city hall internships. It was behavior that went beyond hypocrisy. It was, as West himself later confessed, a double life.

“I found it fascinating on about a hundred different levels,” Karam says. “For a while, I was just caught up in this tragic story of a man’s downfall. I became obsessed with those [online] chat transcripts, because in and of themselves they were so dramatic. How did somebody spend his or her life pushing legislation that went against who they are on a fundamental level? As a gay man, I felt betrayed by the mayor, but I also felt deep sympathy and pity.”

His 2006 play Speech and Debate, onstage this month at Interplayers, grew out his ambivalence toward West and the issues raised by the scandal. At some points in the play, he quotes from the chat transcripts verbatim.

Instead of approaching that tangle of issues and emotions from West’s point of view, Karam opted to filter things through the often-fractured lens of adolescence. To that end, Speech and Debate presents a motley trio of teenagers — Howie (played by Brian Demar Jones in Interplayers’ current production), Solomon (Nicholas Witham), and Diwata (Molly Ovens) — engaged in a roundabout dialogue about how to expose a predatory drama teacher.

“I was much younger when I was writing this,” says the New York City-based playwright, “so I was not so far from being a teenager myself. I felt more connected to the people on that side of similar scandals. Because of the way these stories are covered in the news, you never get to explore the complexity surrounding kids on the brink of adulthood, who have real sex drives and are adult in so many ways, and are completely naive in just as many ways.”

Marilyn Langbehn, whose most recent appearance at Interplayers was to direct the West Coast premiere of David Mamet’s Race, has returned to oversee Speech and Debate. She demurely brushes aside any suggestion that she gravitates toward hot-button plays; she says it’s the artists and audiences in Spokane who like to be challenged.

“The controversy of it was less of an enticement than the opportunities that it provided to the artists that would be working on it,” says Langbehn. “Spokane doesn’t shy away from controversy. It does take a good, hard look at whether it’s a good fit for the community, but ultimately the artists that work here aren’t afraid to tackle controversial material.”

Langbehn’s production is a “Grease casting” (meaning the teenage roles are played by adults) of Speech and Debate. She emphasizes both the pathos and the comedy of the play’s events, and by association the events on which they’re based.

“There is something Shakespearean about somebody who rises to that level of political influence being brought so low. I can’t help but wonder how necessary it was to do that. If we as a society — and I don’t just mean Spokane — were more accepting of individual difference, maybe this whole thing would have been avoided.” Speech and Debate does advance that point (among several others), but cocoons it in humor and moving adolescent drama.