It ain't every day 50 people shoot an indie film on a miniscule budget. Especially in Cheney.

Exterior. Day. We open at a park in Cheney. Two women are sitting on a bench and would be talking casually — except for being hovered over by a dozen people, today’s crew the shoot of an independent film called Perfect 10. Supposedly we’re at the casual-picnic portion of the women’s fictional high school reunion.

“Sound is rolling. Sound has speed.”

The girl with the clapper board announces “Scene 47, Alpha 2.”

The two women, off-camera but already in character, start arguing over whether to say hi to that dreamboat Danny over there. They stroll into the shot — one brazenly, the other reluctantly. Back in high school, they’d both lusted for Danny.

For writer-director Lindy Boustedt, high school was 10 years ago in Colville, and she was the self-described “fat girl” being ridiculed in the hallways, in gym class, everywhere. But marriage to Kris led to their dream of collaborating on a movie, and film school at EWU got them much of the cast and crew for Perfect 10. And so it was that at her real-life reunion last summer, her answer to the predictable question was: “Actually, I’m writing a screenplay about us.” In the Boustedts’ movie, “Mara” has lost weight, gained a husband, built a successful cosmetics business — and is still carrying a torch for Danny, the guy who would look at every girl except her.

The Boustedts have co-written an “off-beat dramatic comedy” with some pointed satire: There’s an eavesdropped conversation among young mothers who care less about their children than they do about their plastic surgery. (Lindy heard reports of just such a conversation at her Colville reunion last summer.) And the script is aimed directly at the self-image of plus-size women. Though Mara has her snarky side (“Come on, don’t you want to see who stayed, who got fat, who had a bunch of ugly babies?”), she’s more or less dragged to the reunion by her slutty-outrageous sidekick of a girlfriend Libby (Morgan Elizabeth who gets great lines like “I’m the queen of causing inappropriate erections”). Despite her successful marriage and business, Mara is still searching for self-affirmation without quite being sure how to get it. Maybe if Danny pays her some attention….

By all accounts, the Boustedts thoroughly planned the shoot (a week in Cheney, then a week in Seattle). Simply having months of rehearsals (instead of the typical week or two) sped up shooting considerably. With the blocking already decided, actors could just tweak each take and then move on. In addition, says Lindy, since both she and her husband-collaborator Kris are both editors, “we knew exactly what shots we wanted.”

As Lindy Boustedt remarks, “Usually in this area, indie films are horror, documentary, or stories with a few people over the course of a day — not a movie with a number of days, locations across the state and lots of people.”

Next month, the Boustedts will finish post-production and send a qualifying rough cut of Perfect 10 to January’s Sundance Film Festival. Plans are to have the DVD ready in January for shopping around to other stops on the festival circuit like New York City’s Tribeca Film Festival (in April) and the Seattle International Film Festival (May-June).

The odds may be long (Sundance, for example, selects 200 films from 9,000 applicants), and the production is on a “micro-budget” of less than $100,000. But the combination of a well-planned, relatively large-scale indie production plus the significance of the women’s-body-image theme have the Boustedts hoping to score a Perfect 10 on the film-festival circuit.

Vision [Quest] for a Good World 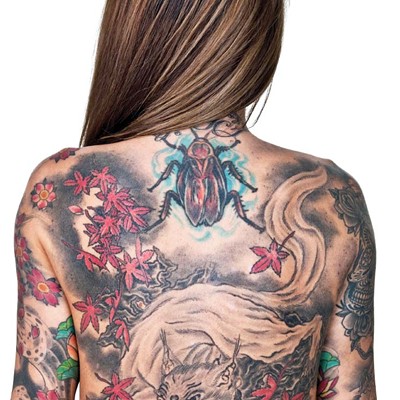 It crawled out of Medical Lake!