Fast Five is more of a heist flick than a car movie, but it's also a shoddy attempt at creating an anti-hero. 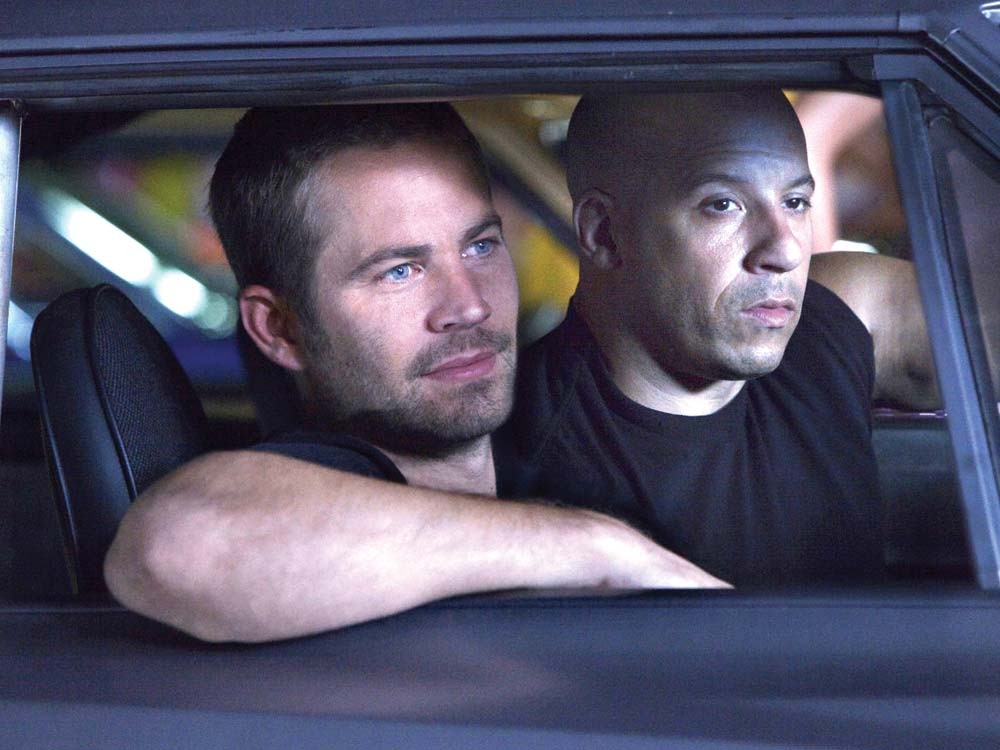 Paul Walker has baby blue eyes. How could he possibly be bad?

Where have all the cowboys gone, anyway? I’ve gotten behind most of the Fast & Furious movies because — with the exception of the appalling Tokyo Drift — they’ve been packed with thrillingly staged action and peopled with protagonists who walk that bad-boy line cagily enough to make rooting for them a guilty pleasure.

But something is off in Fast Five (aka Fast and Furious 5: Rio Heist, aka 5ast and 5urious … someone please make it stop).

Maybe it’s me. Maybe I’m getting too old for this shit. Or maybe this was the only place left for the Furious franchise to go. I started getting rubbed the wrong way — and lemme tell ya, that’s really uncomfortable — at the film’s opening gambit, in which former cop, former FBI agent, and current criminal Brian O’Conner (Paul Walker) and his main squeeze, Mia (Jordana Brewster), bust her brother and Brian’s pal Dominic Toretto (Vin Diesel) off a prison bus, after he’s been sent up for 25 years to life with no possibility of parole. If I’m remembering my Fast & Furious correctly — and I believe I am — it’s not like he doesn’t deserve it. It’s not like Dom was wrongly convicted — he’s just, I dunno, too cool for prison? He is Vin Diesel, after all.

Next on the agenda is a massive bus crash — in which Chris Morgan’s script delights in letting us know that, despite the horrificness of the accident that director Justin Lin stages for our viewing pleasure, there were no fatalities! Hooray!

What happens next is what really bothers me. See, Brian and Mia end up down in Rio, which is where it’s at these days, apparently, and where they hook up with Dom and some other pals from the old neighborhood and decide to do a job heisting fancy-schmancy sports cars from a moving train. Oh yessiree, the racing alongside a moving train and busting in with blowtorches and whatnot is all very exciting. But there comes a moment when Dom is about to make his escape (with the most special car in the batch, natch), and in run a couple cops bent on stopping the heist. Dom is cornered; he is absolutely, most definitely caught ... except then one of the bad-bad guys with whom Dom and Co. are working with shoots the cops dead. And now good-bad guy Dom can escape.

This becomes “A Thing” throughout the rest of the film. When super-badass cop Hobbs (Dwayne Johnson, pumped up to a terrifying degree) arrives to arrest Dom and Brian and Mia, local cop Elena (Elsa Pataky), Hobbs’ translator, becomes convinced that Dom cannot possibly be That Bad. She’s not wrong: Dom is indeed not That Bad. The movie chickens out when it allows Dom to benefit from the deaths of those cops while also allowing him the golden badge of Not That Bad for not having actually shot them himself.

That sourness lingers over the rest of the film. At least for me. But it does seem as if the rest of the film would have fallen on its face anyway, out of sheer laziness. Your ass is already in the seat, so who cares if the film skips over most of the actual street racing that made the first movies so ridiculously exciting? Who cares if, in its place, we get a shoddy Ocean’s 11 heist knockoff? Who cares if the Robin Hood aspect — the gang is heisting a drug dealer’s millions — gets lost in a level of civic destruction that would make Michael Bay blush? Who cares if the unintentional subtextural homoeroticism makes you roll your eyes and just wish that the Rock and Vin Diesel would just f--- already and get over it?

This might be the worst thing, thematically speaking, in a movie that revels in its own soullessness: The big moment of triumph comes when Dom doesn’t kill a federal officer just to watch him die ... after we’ve spent the whole movie supposedly in his thrall because he’s absolutely, definitely not the kind of man who would do such a thing.