West Central gets its own sandwich shop. Plus, a tour of Asia on the South Hill. 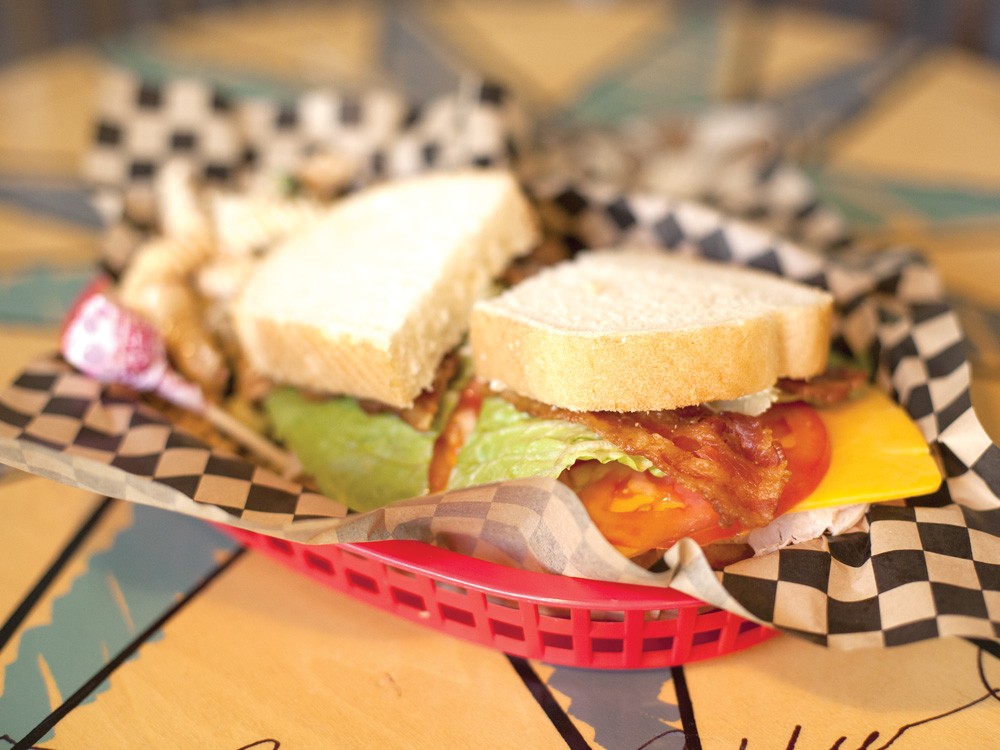 Mike McCall
The BLTT at Monkey Business comes with a lollipop.

In three months, Jocelyn Lill planned to flip a West Central office building into a fully operational restaurant space. It wasn’t going to be a problem — her family owns and operates Lill Construction Co., and they already owned the building. But things didn’t go as planned, although it wasn’t the construction part that was the problem, says Lill. It was dealing with the city.

“That was quite an undertaking,” says Lill, of bringing the building up to code. “If we knew all that, we probably wouldn’t have done this.”

The name, says Lill, was partially a reference to their debacle with the city. But the theme plays out elsewhere in the small space, which the business shares with West Central Grocery. An airbrushed logo of three monkeys adorns one wall, statues sit here and there, and there are woven twine accents on the wallpaper.

Lill has designed a simple but sweet menu, consisting of hearty sandwiches and salads that are based on her own preferences. She has good taste. Each sandwich is well-balanced — like the BLTT, ($7) with bacon, lettuce, tomato, turkey and cream cheese, and the option to add avocado, provolone or cranberries. As an added touch, every meal comes with a Dum Dum lollipop.

The atmosphere, classic dishes, and Lill and her three sons (who also work at the café) give a certain charm to this much-needed sit-down spot in the West Central neighborhood. Already, Lill says, the area has embraced their presence.

“What I didn’t anticipate was all the support we get from the surrounding businesses,” says Lill. “I feel very blessed and fortunate that we’ve had such a great response from the people that have come in.” (Tiffany Harms)

Can't decide between Korean, Chinese, Japanese and Vietnamese for dinner? You don’t have to at Long Nguyen’s new South Hill restaurant. Located in the former Nalu space next to Albertson’s, Asia Restaurant covers the classics.

“Mine is kind of a fusion restaurant,” explains Nguyen, who grew up working in his father’s Vietnamese restaurant in Garden Grove, Calif. After moving to Spokane and graduating from Ferris High School, Nguyen enriched his culinary repertoire by working at several area restaurants, including Kim’s Teriyaki and Shogun.

Nguyen makes all of his sauces, from the orange chicken with fresh-squeezed oranges to the jar of lemongrass with sautéed Thai chilies that sits on each table. But what he’s really proud of is his teriyaki. Nguyen marinates the chicken, grills it for the perfect crispy char, and then applies a light coat of housemade teriyaki sauce. The result is a depth of flavor throughout the chicken, rather than a heavy coat of syrupy sauce on top. There’s also a spicy version, as well as teriyaki beef, pork, salmon and short ribs.

Asia offers a wide selection of soups, ranging from Bun Bo Hue (spicy beef noodle) to vegetarian pho. “Pho is really popular right now,” says Nguyen, adding that it’s the perfect antidote to winter colds that might be lurking around the corner.

“In this economy, I am trying to make good food at reasonable prices,” says Nguyen. With nothing over $9 on the menu, he hopes to appeal to families and middle-income diners.

“I’m trying to make a better life for my family,” says Nguyen, as his 4-year old daughter sits patiently in his lap.