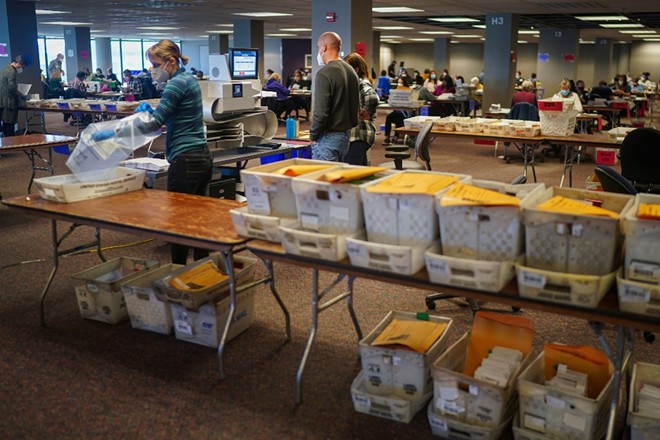 Democrats were on track early Wednesday to maintain a firm grip on the House, but their path to seizing the Senate majority from Republicans was rapidly narrowing as the two parties continued to fight for control of the levers of power in Congress with the fate of the presidency still uncertain.

Partial results suggested that House Democrats were running strong in many of the competitive districts they swept up in 2018, but they were struggling to make further inroads into the Republican-leaning suburbs, where they had expected a surge powered by discontent with President Donald Trump. Instead, as votes continued to be counted, Republicans were newly optimistic they could claw back seats, particularly in rural areas and traditionally conservative strongholds.

The Senate outcome rested on a handful of states where Democrats still hoped to topple incumbent Republicans, but their pickup opportunities were dwindling fast on an unusually large battleground that stretched from Maine to Alaska.

Republicans scored crucial wins in Iowa, Alabama and Montana, and were running stronger than expected in North Carolina and Maine, where the results were still too close to call early Wednesday.

Democrats needed a net gain of three or four seats to take Senate control — depending on whether former Vice President Joe Biden, the Democratic nominee, won the presidency, which would allow his vice president, Kamala Harris, to cast tiebreaking votes.

But Tommy Tuberville, the former Auburn football coach, easily won back deep-red Alabama from Sen. Doug Jones. In Iowa, the victory by Sen. Joni Ernst over Theresa Greenfield, a Democrat with roots in the state’s farming community, scuttled Democrats’ hopes for a key pickup. And in Montana, Sen. Steve Daines beat back a challenge from the state’s popular Democratic governor, Steve Bullock.

Earlier, Republicans had breathed a sigh of relief when Sen. John Cornyn was declared the winner in Texas, and again when Sen. Lindsey Graham, a close ally of Trump’s, won reelection in South Carolina. In Kentucky, Sen. Mitch McConnell, the top Republican, secured a seventh term.

In the fight for the House, Democrats were trying to push into suburban districts that Republicans had not lost in decades. But by Wednesday morning, returns indicated that no such Democratic sweep had materialized.