Departing CFO Gavin Cooley on the soaring Spokane economy, the influence of the fire union and why we don't need a bigger jail 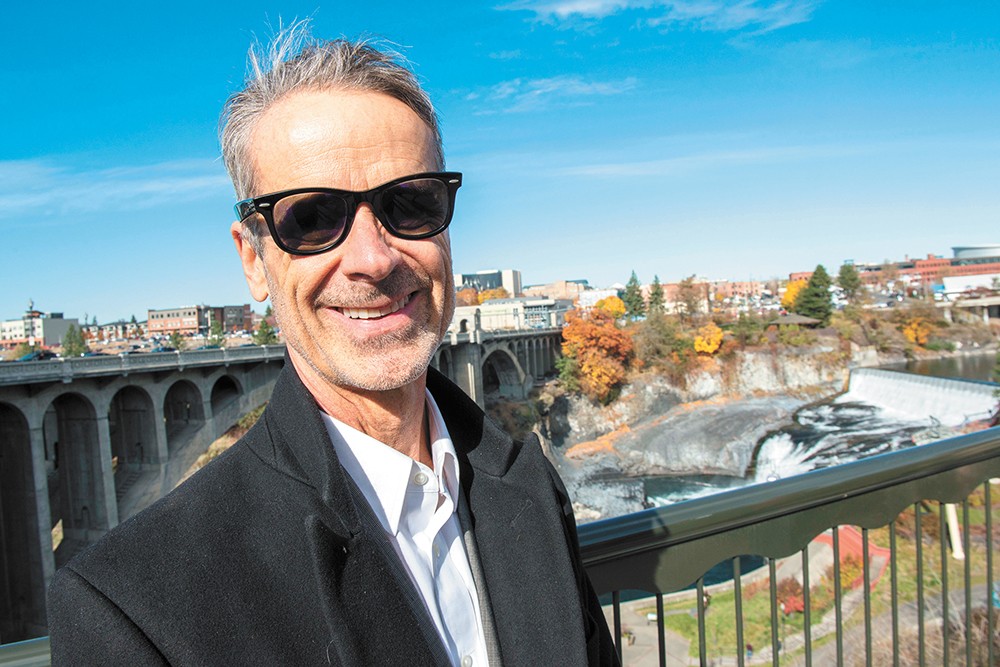 Daniel Walters photo
Gavin Cooley is retiring and says the next mayor will have the opportunity to remake the city according to his or her vision.

Spokane's Chief Financial Officer Gavin Cooley doesn't usually do this. He didn't survive five mayoral administrations — John Powers, Jim West, Dennis Hession, Mary Verner and David Condon — by sitting down with reporters and dishing about some of the most controversial issues to hit the city. But these aren't normal circumstances.

Condon is the first mayor to hit the city's two-term limit since Expo '74. The next mayor will be filling more than 40 key positions currently open, Cooley says, plus one soon to be vacated: his. Cooley's retiring in January.

But while Cooley beams with an energetic optimism about what the city has accomplished in the last few years, that's tempered by his belief that, with a couple wrong moves, that could all come crashing down.

With 17 years at City Hall, Cooley has seen the choices that set the city back and the choices that propelled it forward. And he wants the next administration — whoever leads it — to continue with the approach he believes works: skepticism of big tax hikes or unsustainable union contracts, but idealism about the power of collaboration and innovation.

"Intelligent and careful leadership," Cooley says, "can bend the arc toward prosperity."

Like many in Spokane, Cooley sees Expo '74 — the World's Fair that turned a slew of ugly railroad and industrial land into Spokane's beloved Riverfront Park — as a turning point. But to Cooley, the story's a little different: Expo was followed by decades of economic stagnation.

"Everybody was worn out post-Expo," Cooley says. "The leadership had dried up."

As the rest of the national economy soared, Spokane lagged further and further behind. The real economic renaissance? We're in the middle of it, he argues.

"We just had the biggest run on median household income in the city of Spokane in recorded history," Cooley says.

So when Cooley hears political candidates suggest the city isn't in a better place than it was three years ago, he scoffs.

Contrast that with 2004, when the city of Spokane, despite a decent national economy, took a slash-and-burn approach to budgeting, eliminating key city services and 152 positions. In those days, Cooley says, he'd use cliches like a "perfect storm" and jargon like "structural budget gap" to explain why those cuts were necessary.

"We use those terms almost with a victim mentality," Cooley says. "Almost as if it were a weather event."

But those were excuses, he says, a way to dodge accountability. For years the city had negotiated irresponsible labor contracts that gave employees raises that far outpaced the city's growth.

"It was bad management and bad leadership," Cooley says. "I count myself as a part of that."

Fixing that, he says, meant opening up the books to the labor groups, and building enough trust with them to convince them to agree to grow salaries and benefits only as fast as the city's long-term projections. With time, Cooley says negotiations went from feeling like a "poker game" to partners sitting down together to work toward a common long-term goal.

"Nobody's trying to overspend what we have," Cooley says.

That doesn't mean Cooley thinks the city hasn't made financial mistakes more recently. In 2016, the city got a nearly $9 million federal grant that, for two years, paid for 48 new firefighter positions. At the time, it was publicly celebrated as a clear win for the city.

But Cooley argues that it was a violation of good budget practices. There was no plan in place to continue paying for the firefighters' salaries after the grant expired.

"You don't pay for a long-term expense with a two-year revenue source," Cooley says. "It's one of the few times I've seen the organization break its budget principles in the last eight years."

But the funding was just too enticing for the city to turn down, he says. Not only that, Cooley says, the city's fire union clearly has a "disproportionate influence" in the city.

More than the Police Guild, which has been locked in a contract dispute with the city for three years?

"Far and away," Cooley says.

In the end, the council, over the objection of the Mayor's Office, put a levy to the voters this spring that saved most of the firefighter jobs and added 20 more police officer jobs. It was the sort of choice Cooley wanted to avoid.

"We set ourselves up for layoffs," Cooley says. "We had to go to taxpayers saying, 'Please bail us out.'"

The fire union influenced other major decisions as well. Over the past two years, the Condon administration tried to merge the region's police and fire dispatch systems into one combined entity.

Cooley was one of the officials tasked with negotiating with the City Council, hoping to convince them to leap on board. But the City Council didn't buy it — unanimously voting to oppose the integration at every turn, arguing the city hadn't provide answers to key questions.

"We were learning on the fly," Cooley says. "We didn't have the answers. We should have all been working together to get clear answers."

Instead, trust quickly broke down between the parties. Cooley believes that, no matter what answers they provided, the City Council and the fire union were going to be resistant to change. Council members like Breean Beggs, meanwhile, started accusing the Mayor's Office of intentionally sabotaging the existing fire dispatch system.

Cooley considered it his "biggest failure."

"We fragmented into factions," Cooley says. "It will cost us more and more with each passing year."

However, Cooley is glad the city missed other opportunities. The night of Condon's election in 2011, Cooley was sitting in a restaurant in Benton County, after taking a tour of that county's jail. At the time Spokane County was flirting with floating a bond measure for a new, larger jail.

But Cooley brought back stark figures: A new jail would cost the city around $150 a night per inmate. By contrast, busing inmates to Benton County would have only cost $56 a night — including the transportation cost.

"I think I killed the new jail initiative," Cooley says. He's proud of that.

"Benton did the dumb thing we should avoid doing, overbuilding their jail capacity. When you build a big new jail, your other costs go up," Cooley says. "You have to feed the jail. A new jail is your worst nightmare."

Today, as the jail debate has resurfaced, Cooley is still against building a bigger facility. Instead, Cooley says, there are ways for Spokane County to rehab its old jail, to make it safer and more efficient with interior redesigns and new monitoring technology. Most of all, he says, the city needs to use its Community Court, diversion units and a new mental health stabilization center to reduce the jail population and treat some of the root causes of crime.

It's the same strategy, he says, that's necessary to combat the homelessness crisis. He says Spokane has a "prosperity gap" — low-income folks haven't experienced the same rise in income as the rest of the city. New shelters are crucial, Cooley says, but they're Band-Aids. The city needs to go bigger, he argues, to team up with all the other local governments, merging existing resources and simplifying the labyrinth of social services to make it easier to escape homelessness.

"It can't be about throwing anyone in jail," Cooley says.

"Cities with a lot more resources than us have thrown a lot more money at the issue than we have" but they're worse off than Spokane is, Cooley says. He believes there's another way, pointing to history: In 2009, voters rejected a bond to buy a new police evidence room — but the next year the city found a way to rehab an unused building without a tax hike. When an animal control levy didn't pass in 2011, the city and county found a partnership to get it done without additional taxes.

And when Condon told his staff to figure out a way to satisfy steep environmental water-quality requirements without sending utility bills skyrocketing, Cooley helped figure out a way to shift the financial and organizational structures in the city to make that possible.

When you're forced to be creative, Cooley believes, that's when magic happens.

So when Cooley, who's donated to Council President Ben Stuckart's mayoral campaign, calls for the next mayor to be "progressive," he's not using that as a euphemism for "Democrat." Hell, he sees Republican Condon as an extremely progressive mayor.

Mayoral candidates Ben Stuckart and Nadine Woodward both critique Mayor Condon's record — but from opposite ends of the political spectrum: Election 2019

To Cooley, progressivism is all about agility and flexibility, about veering from tradition to meet a rapidly shifting future. Doing that without making a huge mistakes, of course, isn't easy.

"I would never in my wildest dreams consider that job," Cooley says. ♦