WSU connects architects and designers with Spokane's economy. Or at least it used to. 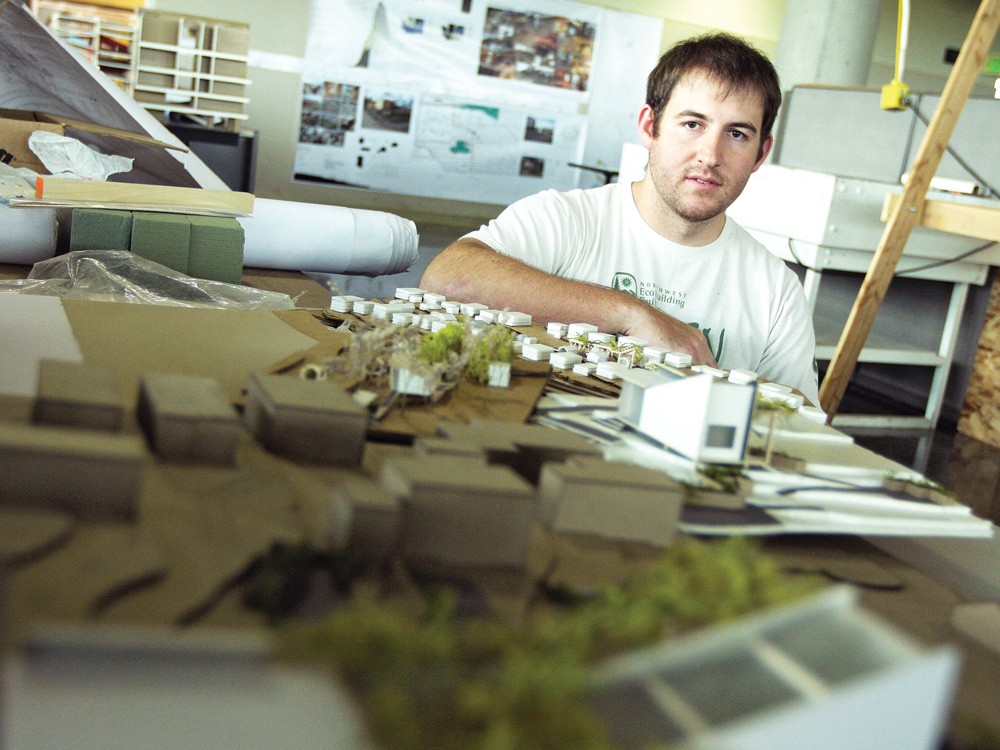 Coming to Spokane’s Washington State University campus has become something of a pilgrimage for aspiring architects and designs. Through a unique program, students studying these disciplines migrate from Pullman to Spokane to take classes at the Riverpoint location and pursue internships with a variety of local firms.

But, thanks to budget cuts, the Interdisciplinary Design Institute may be heading back to Pullman, and taking its students with it.

“Given the overall budget circumstances that education [is] facing, there needs to be a consolidation,” says Brian Pitcher, chancellor of WSU-Spokane. “That seems to be the best situation for the design disciplines to be … viable and competitive at the university.”

According to a memorandum sent to the institute’s staff from Daniel Bernardo, dean of the College of Agricultural, Human and Natural Resources Sciences, the proposal entails a new School for Design being established in Pullman.

The College of Pharmacy and other medical departments would be moved from Pullman to the Spokane campus, which would become a dedicated health sciences campus, according to a WSU spokesman.

This “realignment” of WSU’s campuses is caused by cuts of 55 percent to the system’s budget over the last four years and is intended to save $3.2 million per year. The realignment proposals, spelled out by the school’s administration, are designed to deal with a $20 million shortfall in the fiscal-year 2012 budget without laying anyone off.

Some of those programs already exist in Pullman, one reason for the proposal to move the entire institute southwards, says Darin Watkins, a spokesman for the university. Furthermore, health sciences students would benefit from the internship prospects in Spokane.

“We have pharmacy students that need … internships, [and there’s] just a handful of pharmacies in the Pullman area,” Watkins says. “It just made more sense to bring the students closer to those employers.”

While students at the health sciences campus would gain access to internships in Spokane, Pullman is less-than-fertile ground for on-the-job training for designers.

“If I did have to move to Pullman, finishing my internship would pretty much be impossible for me to do,” says Matt Reeves, a graduate student in the institute’s architecture program. He is interning at Madsen Mitchell Evenson & Conrad, a design firm in Spokane.

His internship allows him practical experience in architecture that compliments the instruction he receives in the classroom, Reeves says.

Marian Evenson, a co-owner of the firm, says she knows of one architecture company based in Pullman, which has fewer than 30,000 residents. Interns taken on by Evenson stay for a full year, she says. The 78-mile commute between the two campuses would make it difficult for her to offer internships if the institute moved.

“It was a really unique thing for WSU,” Evenson says. “It is a shame to see it washing away.”

It’s no longer viable to have design programs at two campuses, Pitcher says. However, he would like to see a proposal worked out that would keep components of the programs, such as design labs, at the campus. That way, there would still be some resources for students who wanted an internship to use.

A meeting to discuss the proposal with faculty and students will be held on Aug. 26 in Pullman, Watkins says, and the realignment proposals will be ultimately decided upon by January of next year.

Asked how likely it was that the campus would end up moving, Pitcher says the proposal’s backing by the president makes it probable.