How was a suicidal inmate able to kill himself inside the Spokane County Jail? 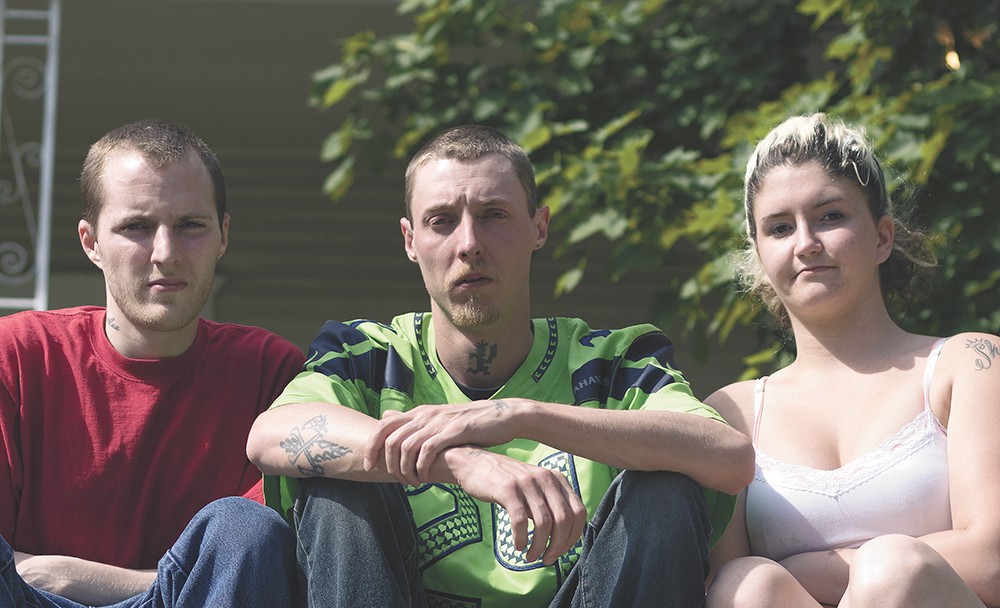 along the mezzanine of Floor Two West at the Spokane County Jail on May 4, peeking through the window in the cerulean blue door of each cell. Then he saw John Everitt's limp body hanging from the chest-high bunk, a jail-issue bedsheet pulled taut around his throat. The officer radioed for backup and threw open the cell door.

It was 2:54 pm, and in less than three minutes as many as 20 jail staff responded, says Custody Operations Lt. Mike Sparber. Someone cut Everitt down from the bunk, removed the sheet from his neck and tried to resuscitate him. He was pronounced dead at 3:24 pm.

Everitt, 46, had only been in jail for three days and had been on suicide watch for most of his stay. He was still on the observation floor when he hung himself from his bunk.

"He was removed from suicide watch after talking with mental health staff," says Sparber. "They still get checked every 15 minutes. We obviously want to prevent the person from hurting themselves."

In this case, the regular 15-minute windows, the bedsheet and the bunk were all Everitt needed to end his life. Jail suicide expert Lindsay Hayes recommends that checks occur within 15-minute windows, but at varied times, so inmates can't anticipate the next check. (Sparber says Spokane County Jail checks at regular intervals.)

Suicide is the most frequent cause of death among inmates held at local jails, according to data collected by the Bureau of Justice Statistics. Spokane County Jail officials were unable to provide information on the number of deaths or suicides that have occurred there in recent years. A cursory search of news archives identified at least one death at Spokane County Jail in 2011 and at least two deaths in 2013.

Jails are designed to make it difficult for inmates to hurt themselves, and hurting oneself while on suicide watch is close to impossible. In 2012, just over 16 percent of Washington jails reported one or more death.

"I just want to know, how does someone on suicide watch kill themselves?" says Susan Landrum, Everitt's sister.

say Everitt's childhood in Baltimore, Maryland, was rough by any standard. His dad died when he was 4 and his mother died when he was 8, relatives say. After that he went to live with his grandparents, and the family moved to Spokane.

"They pulled up in a big old school bus," says Glen Gibbs, who lived across the street and was in the same grade as Everitt at Rogers High School. "There were 14 kids. I thought the Beverly Hillbillies were moving in."

Everitt and Sara Elkhiyati started their own family when he was 21; soon they had four kids.

"Lots of my friends had parents that weren't there for them, but that wasn't my dad," says Brandon Everitt. The Everitt home was always open to the kids in Hillyard. "He would take us kids to movies and Silverwood."

Then in 2008, Everitt lost his job selling used cars. From there, his descent from neighborhood father figure to down-and-out drug addict occurred at alarming speed. Elkhiyati says she could do little but watch as popping pills became shooting meth. She gave him an ultimatum; John chose the drugs.

"We lost the house and all just kind of scattered," says Makayla. She struggled with drugs herself, but never stopped talking to her dad. "He was always a good guy, even on drugs. I never judged him. He would always do whatever he could for me and my brothers." 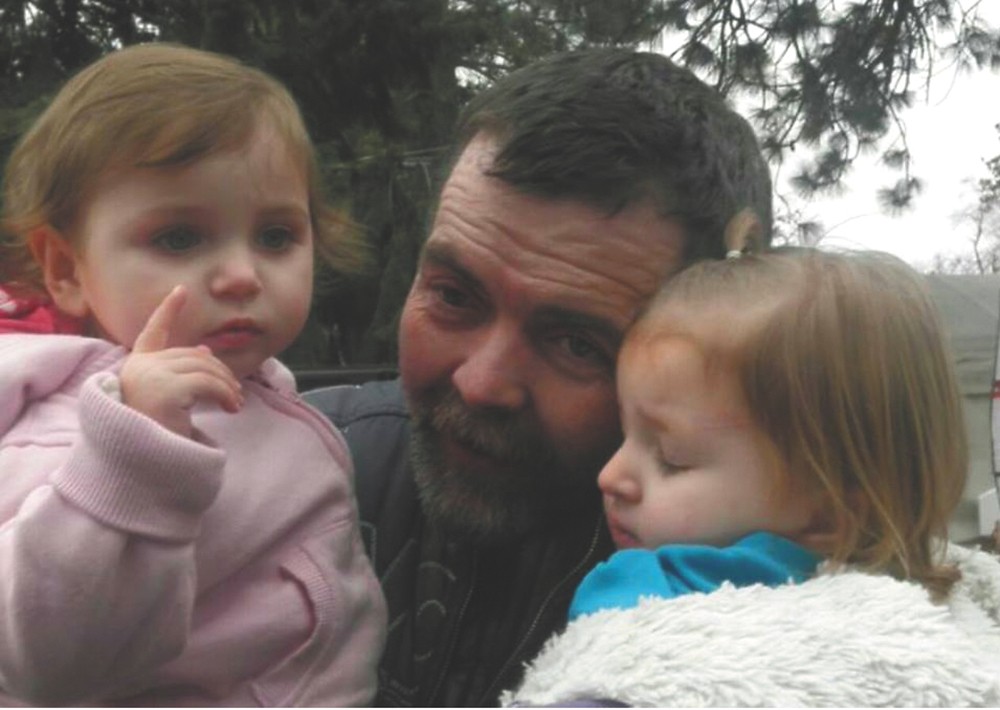 John Everitt with his granddaughters.

A few weeks ago, Makayla called to tell him she would be getting her own apartment and he could come stay with her.

"The day I buried him in the ground I moved into my new apartment," says Makayla.

When Everitt's girlfriend kicked him out

May 1, he strapped his backpacks to the handlebars of his bicycle and coasted down Argonne Road into the warm Spokane Valley night.

Spokane County Sheriff's Deputy Randy Watts stopped Everitt for riding his bike without a headlight and arrested him on a couple of warrants, records state. One warrant was issued after Everitt failed to repay $952 in overpaid unemployment benefits in 2009. Another was issued in 2013 when he didn't show up for a mandatory court appearance after shoplifting from JCPenney. Watts found two pills in Everitt's backpack. When confronted with the pills and the threat of new charges, Everitt offered to provide information about neighborhood drug dealers, according to Watts' report.

Watts deposited Everitt at the jail, where intake officers determined he was suicidal and placed him under observation in a cell opposite the guard podium. Three days later he convinced mental health workers that he was no longer suicidal and was moved to a nearly identical cell on the mezzanine level. Sparber couldn't release the time of the last check or the time Everitt was removed from suicide watch.

Brandon Everitt was playing the video game Mortal Combat when Makayla called to tell him their dad had hung himself in jail. He didn't believe it, hung up on her and called the jail. He hadn't even known his dad was in jail, and though he knew his dad had been depressed, he didn't think he would ever kill himself.

Sara Elkhiyati and John Everitt, with Levi as a baby.

The jail wouldn't confirm anything, and Brandon Everitt went to the jail and asked to view the security tape footage from the floor. Sparber says there isn't footage of the inside of the cell, but that footage of the incident may become available when the police complete their investigation. In the meantime, the family is left to wonder.

News reports and accounts from inmates who were on Two West when Everitt was found have added to the family's confusion, says Brandon Everitt.

The Spokesman-Review reported that "[Spokane County commissioner Todd Mielke] said he was told Everitt had a substance abuse problem and had been trying to get jail staff to take him to the hospital so he could receive a narcotic. Jail staff examined him and found no medical issue, so Everitt decided to try to make himself pass out so he would have to be taken to the hospital."

Spokane County Sheriff's Deputy Mark Gregory says that information was incorrect, as early reports related to these matters often are. Mielke could not be reached for comment.

Everitt's son, Levi, was in jail when his father hung himself. The jail made special arrangements allowing unlimited visits from family. Ironically, Elkhiyati says the aftermath of Everitt's death has brought the rest of the family back together.

"It's rough on everyone to lose a loved one, so we set up special visits for the family because no one can console like family can," says Sparber.

Between 70 and 100 people came to Everitt's funeral, most of them kids who grew up in the Hillyard neighborhood who considered Everitt a proxy father.