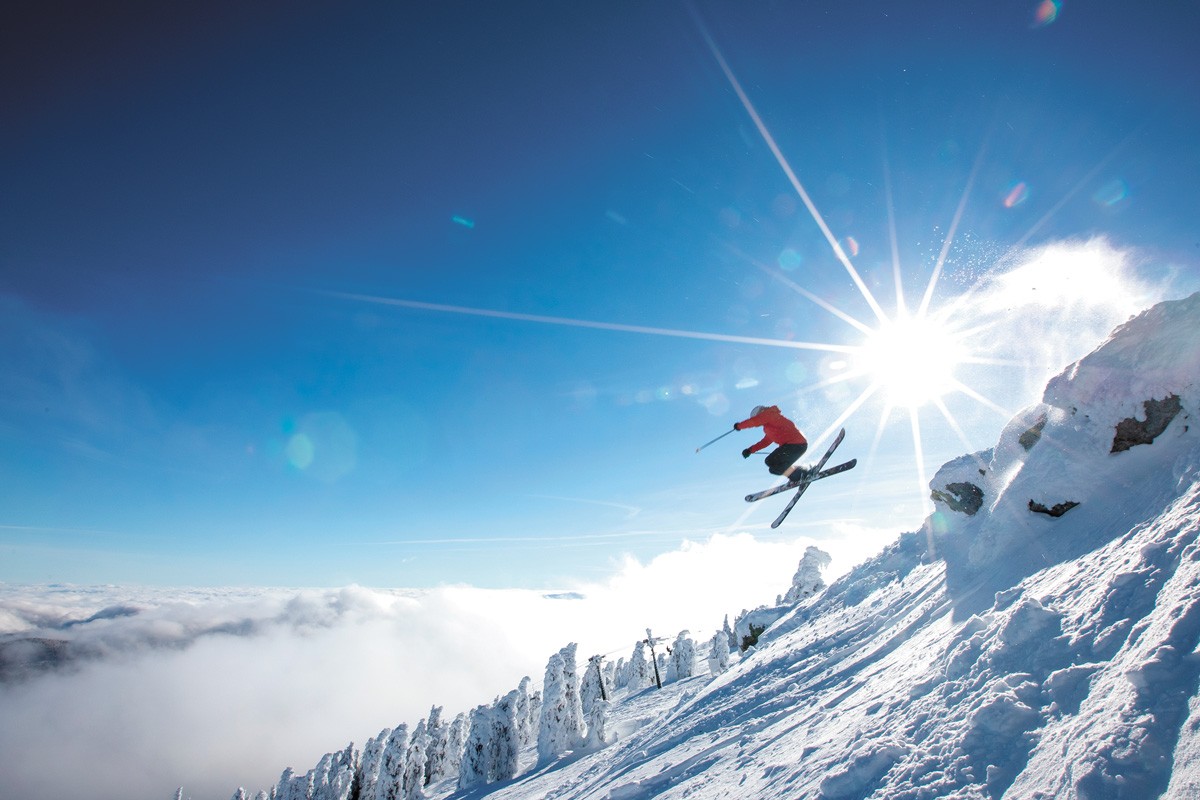 Bob Legasa photo
The 290 employees on the payroll are the most Mt. Spokane has ever had.

The ski season kicked off at maximum stoke for Mt. Spokane General Manager Jim van Löben Sels. Day One on the slopes arrived complete with sun, blaring music and all seven of the mountain's lifts spinning. Even limited skier numbers and a late-hour declaration from Gov. Jay Inslee that shuttered the resort's indoor dining spaces couldn't detract from the vibe that winter was finally, officially here.

"There was so much energy, and people were so excited that we were open," Löben Sels says. "I think that will stick with me."

As idyllic as that opening was, it didn't take long for the challenges to arise. Over the Christmas holiday, both of Mt. Spokane's base lifts broke down on the same day, cutting off summit access for any riders not lucky enough to already be shredding the backside. Moisture fried the circuitry in a set of new outdoor lockers installed in direct response to the pandemic, rendering the lockers useless. And Löben Sels found himself having to address the complaints of several skiers who claimed they couldn't comply with the mountain's face mask protocol due to medical conditions.

After all that, Löben Sels' enthusiasm at the midpoint of the season is still downright contagious. Riders got the hang of the online reservation system quickly, he says, and the 290 employees on the payroll are the most Mt. Spokane has ever had. The resort has set records for rental and lesson numbers, and would likely be having a banner year in terms of skier volume too if not for its limit on ticket sales. Most notably, Löben Sels estimates that 99 percent of the skiing public has happily complied with the resort's COVID-19 rules.

"We've survived half the season," he says. "I don't think COVID's going to shut us down. We've been really fortunate; we haven't had a COVID outbreak from our site, from our team members or anything."

The high demand for skiing and snowboarding opportunities in 2021 has certainly been on display, at least anecdotally, throughout the region. Parking lots at western Montana's Discovery Ski Area and Lost Trail Powder Mountain — neither of which have capped ticket sales — were filled to the brim at times in late January. Traffic jams and illegal parking reportedly became a major headache in the Cascades last month as unprecedented crowds flocked to elevation for outdoor relief.

But the challenges resorts continue to face in the pandemic are very real. Data cited by Ski Area Management magazine in December indicated a 34.9 percent drop in preseason bookings at more than a dozen resorts in the western United States. A surge in COVID-19 cases has generated frustration among locals in Whistler about out-of-town visitors, and ski resorts in Ontario have been shuttered throughout the first half of the season due to a provincewide lockdown. British Columbia's Big White scrambled to contain a coronavirus cluster in mid-December, terminating seven employees for breaching their social responsibility contracts.

It's easy to imagine that kind of news harshing the skiing public's mellow. Yet at Lookout Pass, marketing and sales director Matt Sawyer notes that riders have been excited, even relieved, to be back on the slopes. Weekend business has run at a brisk pace, he says, with some days actually selling out, and midweek popularity has experienced a slight uptick, too. For the most part, visitors have complied with Lookout's mask policy. Those who do put a foot down over it, Sawyer says, have been asked not to come. Regardless of how the health crisis plays out the next few months, Lookout does not plan to revisit any of its COVID-19 protocols.

"There's obviously a lot of talk about things changing, but we're staying the course, and most of the ski areas that we've talked to in both Idaho and Montana have chosen to go that same direction," Sawyer says.

In fact, some of what the pandemic has brought about may stick around long term. Lookout's installation of port-a-potties is one new amenity Sawyer says the public seems to greatly appreciate. And he anticipates the rapid cultural shift toward parking lot tailgating has some serious staying power. As much as he dreads the impact on the mountain's food-service revenue, Sawyer can't deny that the portable fire pits, propane grills and pop-up tents have had a marked effect on skier morale.

"In some ways ... we don't want to see that because it's taking money out of our pocket," he says. "But in other ways, the vibe and the stoke is high, and they're having a great time."

At Mt. Spokane, Löben Sels says that smaller caps on group lessons have led to a better experience for riders and might be worth considering for future seasons. He's also realized, after half a season managing a resort with no indoor-seating capacity, that there's real public appeal in covered, heated outdoor spaces. That too, he says, is a lesson that will likely stick with Mt. Spokane.

More than anything, though, the chairlift breakdowns that punctuated the holidays highlighted a priority for Löben Sels. He's actively examining options for replacements in the near future, likening the two lifts to a car with 200,000 miles on it.

"They still run, they still do a great job, but that reliability factor — you just don't know when it's going to break down," Löben Sels says. "You can't have that and have guests have a great experience. I don't want them to have air time. I want them to have ski time." ♦