Witness the next stage in role-playing's evolution. 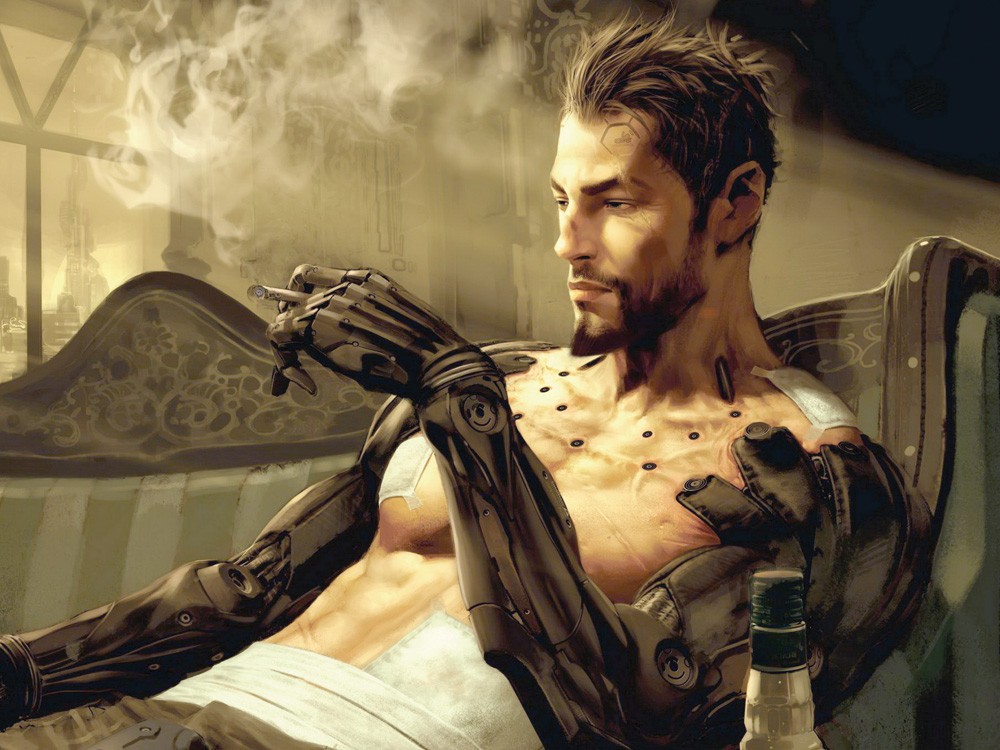 You get to make some choices in this world. Others get made for you.

Take my arm for example. I didn’t want to have it smashed to pieces. I didn’t want the remaining tattered flesh to be cut away. And I didn’t ask anyone to fuse this intricate, cybernetic limb in its place. That was a choice that was made for me by my boss — Mr. Sarif, of Sarif Industries. “We enhance lives. We create a stronger, faster, better you,” their marketing materials say. Mr. Sarif chose to make me into a stronger, faster, better chief of security.

But now that it’s done, I can choose what I want to do with my arm. I still work for Sarif Industries, and I’m still an “augmented” human. But I get to determine what augmentations I gain, and I’m the one who decides what to do with them. Maybe Mr. Sarif was hoping I would go for the stronger legs to help me run faster. I know I could have used them when our lab was under attack — when those half-human, half-robot thugs broke into our headquarters and smashed my arm to pieces. And I certainly would have liked to have had this retractable blade that shoots out of my elbow back then. Things would have gone differently.

But instead of playing this out like a tough guy, I’ve decided to go for charisma. It’s amazing what augmentations can do for social interaction. Now my enhanced senses detect the voice patterns, facial ticks and body language of anyone I’m talking to, and give me a read-out about their personality. Then I can release the correct pheromone to influence them. Conversations have never been this easy. The people I’m talking to don’t really have a choice.

THE GOOD: The conversations in Human Revolution can take forking paths. Not only does this help players role-play the character they want, but it also serves to direct some of the plot. Players can manipulate characters to open up new avenues in the game’s story. Or they can close off relationships that would offer additional experiences. It’s satisfying to see conversations included among the game-changing choices that players must make. This may be the first game where the dialogue winds through, behind, around, above, below and among obstacles as intricately as the players’ paths twist through the game’s firefights.

THE BAD: Human Revolution does a remarkable job of giving players options for how they want to handle each sequence. Stealth is as viable as combat (and easier, perhaps). So it’s jarring and unnecessary to discover that each boss battle is only that — a battle. No matter how carefully players may have charmed their way through conversations and snuck around perilous hives of combatants, the big bad guys scattered periodically throughout the game must always be fought. It speaks to both the limits of videogaming (where conflict is always the order of the day) and the fact that Human Revolution ultimately isn’t as open-ended as it seems, that the conclusion of each major story arc is a big old traditional fight.