Deval Patrick tells Democrats he will run in 2020 presidential race 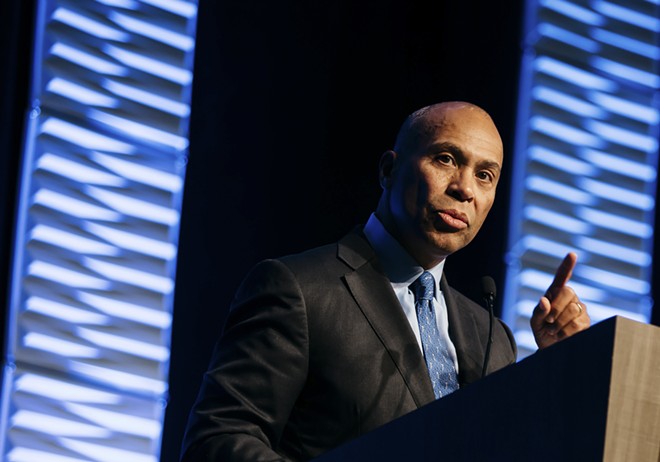 NEW ORLEANS — Former Gov. Deval Patrick of Massachusetts told senior Democrats on Wednesday that he will enter the presidential race, according to two party officials, reversing his decision last year to forgo a run and adding yet more volatility to an unusually fluid Democratic primary.Patrick was calling a list of Democrats to inform them of his decision and is expected to begin his campaign with a video before appearing in person in New Hampshire to file his paperwork to be on the primary ballot there. He did not immediately reply to a text message.

Joining the campaign less than three months before the first votes are cast in Iowa, at a moment when candidates are usually dropping out and not jumping in, Patrick will face long odds.

Former Vice President Joe Biden has proved more durable than dominant, at or near the top of most early nominating states, according to polls, but unable to seize control of the race against such unexpected moderate alternatives as Pete Buttigieg, mayor of South Bend, Indiana. And the two leading progressives, Sens. Elizabeth Warren and Bernie Sanders, have shown fundraising strength but have not yet broadened their appeal enough in the party to emerge as consensus candidates. Patrick hopes to bridge the divisions that have shaped the contest so far, appealing to centrists and liberals, white and nonwhite voters and across generational and economic lines in a way none of the candidates have been able to do. A close friend of former President Barack Obama, he has told advisers that he envisions a campaign similar to that Obama’s 2008 race.

Patrick traveled to some early nominating states in 2018 before deciding against a campaign this time last year. While his explanation then owed in part to the “cruelty of our elections process,” as he put it, he also initially decided against a run because his wife, Diane, had recently been given a cancer diagnosis. She is now healthy.

Patrick is likely to train his initial focus on New Hampshire, where he is known by some voters for serving two terms as governor across the state line. And as the second elected black governor in the country’s history, he is hoping for a strong showing in South Carolina, where African American voters could decide the primary.