After 50 years, a lost reel from the Warsaw Ghetto turns up and changes everything. 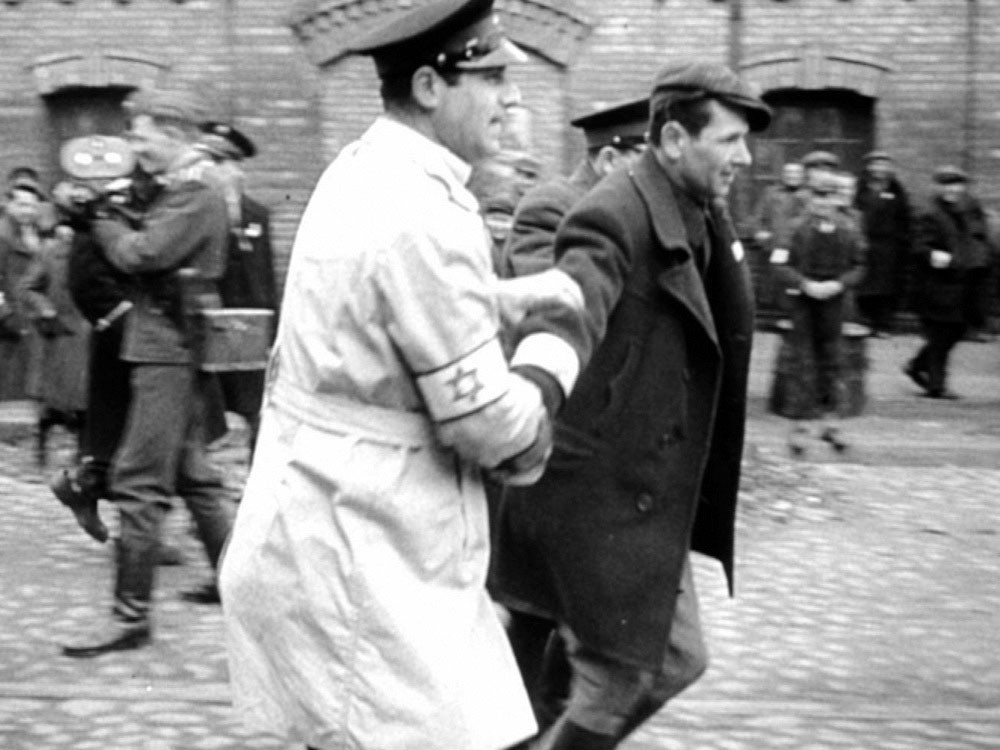 There is only one film documenting life in the Warsaw Ghetto. It shows excerpts of the day-to-day lives of perhaps 400,000 people — most of them Polish Jews, most of them slowly starving to death. Roughly edited into two reels and named Das Ghetto, it was shot by the Nazis themselves in 1942.

When it was discovered — and for almost 50 years after — the two reels of film were treated like an objective document of life in the ghetto, documenting the luxury that some lived in and the squalor of others.

Then, in 1998, a third reel was found, showing the discarded first and second and third takes of many of those same scenes. People step over corpses laying on the sidewalks. Then the same people step over the bodies again. Then again.

There is almost nothing more brutal than watching two men — little more than bones and skin themselves — struggle to lift a body into a coffin. Except maybe watching them do it a second time,

presumably at the bidding of the German cameramen.

The first take, apparently, didn’t work. The Nazis staged these vignettes, seemingly wanting to juxtapose the opulent living of some Jews against the dreadful conditions of their neighbors. The reason? As obvious as it seems — Nazis hated Jews, thought they were vermin and probably wanted a propaganda film that would bear that out — there is no official why on record. Neither Nazi documents nor the subsequent interrogations of people like Das Ghetto cameraman Willie Wist reveal much about motivations.

So Israeli filmmaker Yael Hirsonski did a gutsy thing. Rather than making the “Why?” leap, she pulled together everything written or said surrounding the film — by Wist, by the head of the Jewish Council overseeing the ghetto, and by others.

Then she screened Das Ghetto for survivors, filming as their faces registered horror and curiosity, stitching it all together into a kind of hollowed-out target.

The question of “Why?” is still missing, but it is now at the film’s center.

One woman who survived the Holocaust tells us she remembers hiding from the cameramen when they came around. Then we see,

in the original footage, a young girl peeking out from around a corner, surrounded by squalor and death.

If all had gone according to plan, the little girl would have been destroyed along with that third reel of footage, leaving Das Ghetto a document of history and not propaganda.

As much as it adds a new and startling layer to the cruelty humans are capable of, A Film Unfinished adds nuance to those things we readily take as fact. If history is written by the victors (or at least the people left alive), A Film Unfinished emphasizes the importance of moving past our accepted documents, and examining even the bits left on the floor of the cutting room.