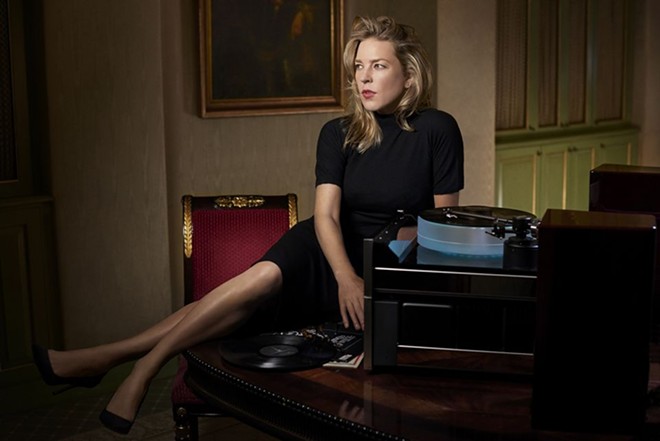 Mary McCartney
Diana Krall will perform at the First Interstate Center for the Arts on Sept. 16.

The First Interstate Center for the Arts recently added two big concerts to its upcoming roster — the Australian Pink Floyd Show, a tribute to the legendary art-rock band, on Sept. 12, and Grammy-winning jazz singer Diana Krall on Sept. 16.

The Australian Pink Floyd Show is known for its onstage spectacle, with an elaborate show that touches on every era in the namesake group's storied career: You get giant pig balloons, psychedelic prisms and walls with many, many bricks. They performed last summer at Northern Quest, so if you missed that show, don't sit out on this one. Tickets are now on sale and start at $39.50.

Just a few days later, Canadian singer-songwriter Diana Krall will take the FICA stage. Krall has an impressive output as a solo artist, with multiple platinum-selling records to her name, and as an often-called-upon collaborator, having worked with Barbra Streisand, Paul McCartney and Yo-Yo Ma. Her 2017 LP Turn Up the Quiet topped the Billboard jazz charts, as did Love Is Here to Stay, her recent album of duets with Tony Bennett, another of her regular collaborators.

Tickets for Krall's Sept. 16 concert go on sale this Friday, March 8, at 10 am through TicketsWest.

Egyptologist Kara Cooney stops in Spokane to talk about Egypt's female kings, and why women in power still scare us