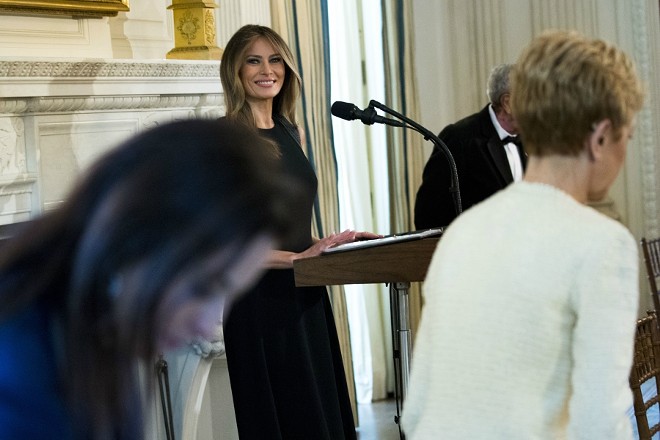 
It is known as the “Einstein visa.” Nuclear scientists, Nobel laureates and doctors get it. But so do acrobats, stunt men, event planners — and plenty of models.


Each year, thousands of foreigners try to persuade government officials that they are among the best in their field. The prize if they succeed: a green card, and with it, the right to live permanently in the United States.

Reports that the first lady, Melania Trump, received an immigrant visa reserved for “individuals with extraordinary ability” in 2001, when she was a model, have thrust the EB-1 visa program into the spotlight. The news, first reported by The Washington Post, raised questions about whether Melania Trump had truly qualified for the visa.

But several immigration lawyers rebuffed those questions, saying the requirements for the EB-1 immigrant visa leave far more room for interpretation than its best-and-brightest reputation suggest.

While the program may be the pinnacle of the merit-based immigration policies supported by critics of the visa lottery and family-based migration — indeed, by President Donald Trump himself — the decision of what constitutes merit, while based on established criteria, is ultimately subjective.

“Recipients are supposed to be the best of the best,” said Rita Sostrin, a Los Angeles-based lawyer who has written extensively about EB-1s, “but meeting the criteria is no guarantee. An adjudication officer makes a judgment call.”

The “extraordinary ability” immigrant visa category is one of the few visas for which an applicant does not require an employer or family sponsor. Only 5,530 people received a green card through that program in the fiscal year that ended in September 2016, the latest for which data is available, out of some 1 million issued. In 2001, when Melania Trump got hers, even fewer were granted.

Melania Trump, then Melania Knauss, appeared on the cover of British GQ in 2000, the year she petitioned for the EB-1, and was featured in Sports Illustrated and other magazines later that year.

Petitioners for the EB-1 face a two-part test. The U.S. Citizenship and Immigration Services first must determine whether a candidate has presented evidence to satisfy three out of 10 criteria, such as publishing material in professional publications or other major media.

Once those are met, the decision comes down to a vague and undefined “final merits determination” by the immigration agency.