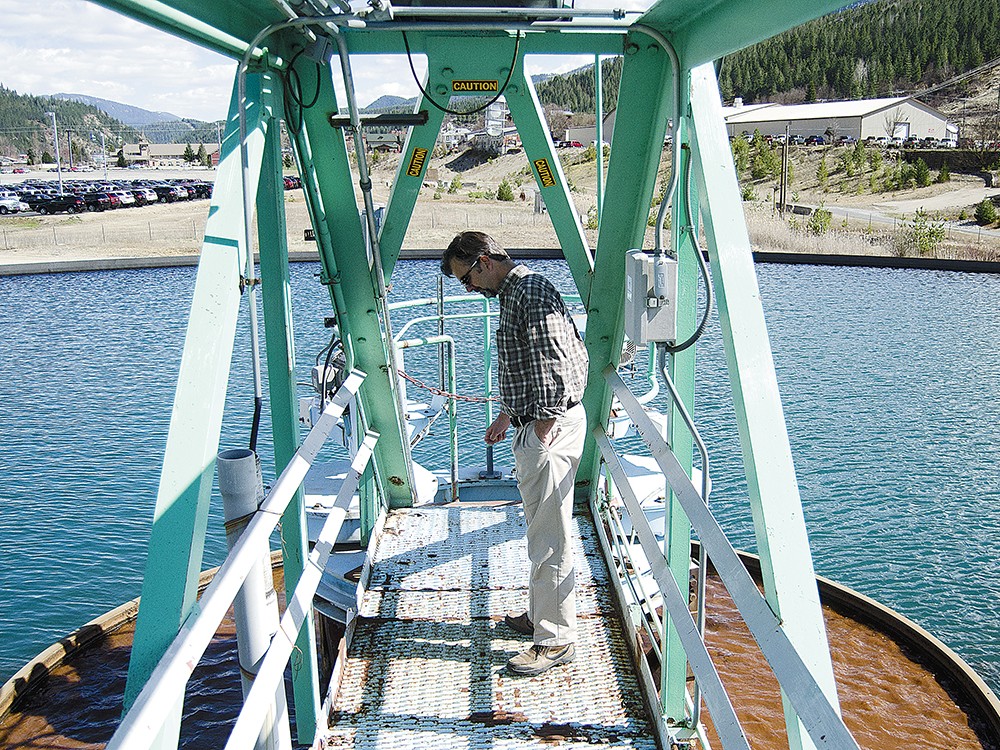 Ravaged for 100 years by intense mining, the rugged hills and waterways of the Silver Valley bear deep scars, both stark and unseen. Standing at the edge of a barren flood plain northeast of Wallace, Idaho, Bill Adams motions out across the brown and scoured earth.

“It’s basically a moonscape,” he says.

As regional team leader with the Environmental Protection Agency, Adams understands the immense scale of the damage. Children grow up with dangerous levels of toxic lead in their blood. Animals sicken and die. Vegetation withers in poisoned ground.

“We don’t have the luxury to just turn our eyes away,” he says.

With the area declared a Superfund site in 1983, environmental agencies have spent 30 years trying to undo a century of habitat destruction and heavy metal contamination throughout the historic mining corridor in the Coeur d’Alene River Basin.

To isolate the harmful lead, arsenic, cadmium and zinc in the ground, crews have dug up entire towns and replaced the top foot of soil with clean dirt — public parks, roads and about 6,000 separate properties in all. Officials have also worked to cap contamination sources, restore waterways and haul off millions of tons of toxic mine waste.

“The Box,” a 21-square-mile zone surrounding the Bunker Hill Mine in Kellogg, marks the epicenter of the effort. From there, the EPA has long worked to treat contaminated water as well as repair and contain abandoned mining sites.

Officials say they have made tremendous progress, but the work remains just halfway finished. A new EPA cleanup plan, released in February, shows a long road ahead.

At the heart of The Box, EPA Project Manager Ed Moreen crosses a catwalk over a 216-foot-diameter clarifier tank within the agency’s local water treatment plant. The EPA’s largest project in the next 10 years will involve upgrading the Kellogg plant to collect and process nearby groundwater as well as other contaminated drainage pumped in from problem mine sites upstream.

The agency has found mining contamination along more than 166 river miles of the Coeur d’Alene Basin, an area stretching along Interstate 90 from near the Montana state line down through Lake Coeur d’Alene and into the Spokane River.

“You have this system that’s chock full of [mine waste] — in the bed, in the banks, in the flood plain,” Moreen says. “You still have all these unrestrained mine and mill sites up here that are continuing to dump metals into the system.”

Below the catwalk, brownish mine drainage churns and swirls, looking more like mud than water. Laden with heavy metals and registering a low pH, the sludge gets treated with a limestone-based product to help contaminants settle out of the water. In the next tank over, the treated water ripples a clean, translucent blue.

Adams says almost all of the rivers and creeks in the area carry some level of contamination. The clear water of Canyon Creek outside Wallace washes approximately 500 pounds of dissolved zinc downstream each day.

“Looks can be deceiving,” Adams says. “There’s not a lot of aquatic life and if you take samples, it’s way above the water quality standards.”

The 37-year-old treatment plant now only collects and processes drainage from the Bunker Hill Mine, which still amounts to about 2 million gallons a day of contaminated water. The new 10-year plan outlines an ambitious expansion, nearly tripling the plant’s capacity, to pull in contaminated water from the source and treat it before it continues through the natural water system.

Adams says the expanded treatment system, which should complete its design phase next year, could “almost immediately” reduce water-based contamination in the area by as much as 40 percent.

“It is going after the big beasts,” Moreen says.

The EPA reports more than $500 million has gone into cleanup efforts in the Coeur d’Alene Basin in the past two decades. Approximately $40 million is budgeted for this year to continue removing contaminated soil from residential properties and complete the treatment plant expansion design work.

Adams says contractors have hired hundreds of local workers to take on these projects over the years, replacing some of the jobs lost from the mining industry. Officials hope returning the valley to healthy conditions will open up new business opportunities to attract outdoor lovers and rebuild the local economy.

“The fact that it’s a clean, safe environment will ultimately be the salvation [of] this area,” he says.

While a drive through the valley shows new trees have returned to some desolate hillsides, officials emphasize the work is far from finished. They estimate another 30 years of cleanup to completely rid the basin of its underground contamination.

“It’s much more subtle,” Adams says, “but I think the changes that you’ll see in the next 30 years are just as significant as what’s already occurred in the last 25 years or so. It’s just less visible.”