There's lots to do before and after dinner during Restaurant Week 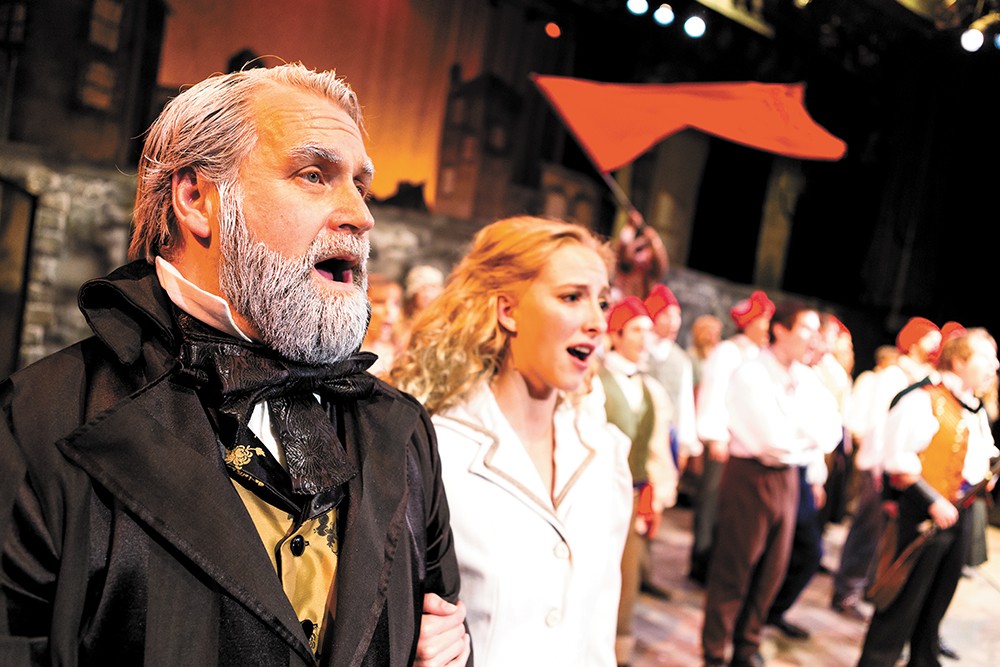 SPOKANE CHIEFS
Get rowdy and cheer your lungs out for the Chiefs during a fast-paced battle on the team's home ice. Sitting in the middle of the rankings as they head through the second half of the season, the Chiefs play several home games this week, including one against the top-ranked Portland Winterhawks. Games on Feb. 22, 23, 28 and March 1, starting at 7:05 pm, except on Feb. 23, game starts at 5:05 pm. $10-$20. Spokane Arena, 720 W. Mallon. spokanechiefs.com (535-7825)
DINE AT: Tomato Street, 6220 N. Division

SPOKANE SYMPHONY
Treat yourself and a date to a night on the town, starting with a delectable dinner and ending with mesmerizing music performed by the Spokane Symphony Orchestra. This weekend's concert is the seventh installment this season of the Symphony's Classics Series, entitled "The Power of Nature." Featuring guest pianist Jeremy Denk, the evening's program includes pieces by beloved Scottish composer James MacMillan. Sat, Feb. 22 at 8 pm, Sun, Feb. 23 at 2 pm. $15-$54. Martin Woldson Theater at the Fox, 1001 W. Sprague. spokanesymphony.org (624-1200)
DINE AT: Twigs, 808 W. Main, third level of River Park Square

100 STORIES
Take a look back at the past century through the Northwest Museum of Arts & Culture's next exhibit, featuring some of the most interesting artifacts culled from the museum's many collections. This exhibit celebrates the upcoming 100th anniversary of the Eastern Washington State Historical Society, and features many never-before-seen pieces. Exhibit debuts Sat, Feb. 22. $3-$10 museum admission. The MAC, 2316 W. First. northwestmuseum.org (456-3931)
DINE AT: Italia Trattoria, 144 S. Cannon

BEAUSOLEIL
Get into the Mardi Gras spirit at this special concert, hosted by and benefiting Spokane Public Radio. Featuring the bayou-country band BeauSoleil, dubbed the "best Cajun band in the world," everyone will be tapping their feet in rhythm with the six-piece's blend of western swing, calypso, blues and traditional New Orleans jazz. Try some Cajun for dinner for the full effect. Sun, Feb. 23 at 7:30 pm. $30-$38. Bing Crosby Theater, 901 W. Sprague. kpbx.org (325-7328)
DINE AT: Casper Fry, 928 S. Perry

NORTHWEST BACH FESTIVAL
This annual classical music festival is now in its 36th year, but it's the first year at the helm for artistic director Zuill Bailey, who's taken over for retired longtime leader Gunther Schuller. Several festival events are hosted at historical Spokane locations as part of the "Twilight Tour of Bach Suites," including the Davenport Hotel and some historic homes. Feb. 25-March 9, event times vary. $20-$50 for most events. nwbachfest.com (326-4942)
DINE AT: Clinkerdagger, 621 W. Mallon

THE MOUSETRAP
Settle in after dinner for the Spokane Civic Theatre's rendition of this classic Agatha Christie murder mystery. If you go on opening night, please don't spoil the ending for the rest of us. Feb. 28-March 16, Thu-Sat at 7:30 pm, Sun at 2 pm. $18-$25. Spokane Civic Theatre, 1020 N. Howard. spokanecivictheatre.com (325-2507)
DINE AT: Webster's Ranch House Saloon, 1419 N. Monroe

CONQUEST OF THE CAGE
If theater and/or classical music aren't exactly your top choices when it comes to pre- or post-dinner entertainment, perhap you'd rather watch some guys beat each other up. It's a stark contrast, to say the least. Fri, Feb. 28 at 7:30 pm. $40-$70. Northern Quest Resort & Casino, 100 N. Hayford Rd., Airway Heights. northernquest.com (481-6700)
DINE AT: Epic at Northern Quest

LES MISÉRABLES
After its acclaimed run last fall, the Spokane Civic Theatre decided to partner with the Spokane Symphony Orchestra to produce the ultimate encore performance of this epic stage musical. Featuring original cast members, and of course the score performed by the Symphony Orchestra, the two-night performance should be a don't-miss event, both for those who already saw the original production and those who didn't. The best advice: don't wait to get tickets. Sat, March 1 at 7:30 pm, Sun, March 2 at 2 pm. $40-$125. Martin Woldson Theater at the Fox, 1001 W. Sprague. foxtheaterspokane.com (624-1200)
DINE AT: Palm Court Grill, 10 S. Post♦