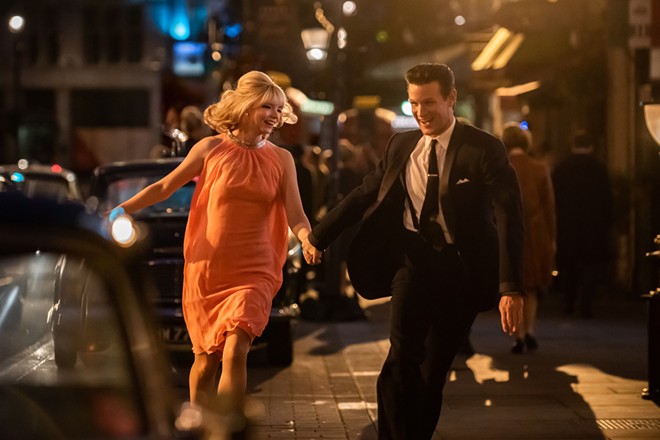 In Last Night in Soho, writer-director Edgar Wright returns with his signature flair for vibrant visuals though with a decidedly darker sensibility lurking beneath the sparkling surface. He spins an initially intriguing tale that takes us through time before getting utterly tangled up in itself in a woefully messy final act.

The film begins quite well and finds a good rhythm that it can't sustain. It tells the story of aspiring fashion designer Eloise who leaves her small town to move to London to pursue her dreams. She is played brilliantly by the tactful Thomasin McKenzie who is tailor-made for this character in her best performance since her breakout role in Leave No Trace. Eloise feels like she is from a different time, old-fashioned in her music tastes and style, and that makes her a bullying target for her classmates.

However, it also makes her perfectly suited to be drawn into the history of London in a quite literal sense. When she moves out of student housing to escape the bullying, she rents a room that every night transports her back into the world of the 1960s and into the shoes of aspiring singer Sandie (Anya Taylor-Joy). Sometimes a more passive observer while at other times an active participant, Eloise soon discovers that the glitz and glamor that draws her to Sandie's life guards a darker horror that will begin to bleed into her own life. She will have to find the truth underneath it all in order to escape this dark past.

That is all that needs to or should be said about the plot as the film is built on mysterious revelations that, while not entirely well executed, are still worth preserving from spoilers. Informing all this is the fact that Eloise has a history of mental illness in her family as her late mother ultimately took her own life. It isn't the most thoroughly developed or authentic feeling piece of information as it is mostly conveyed in brief, fleeting glimpses of her mother in mirrors. This speaks to the persistent and prevailing problem that the film is never able to fully grapple with the deeper themes it introduces.

Wright has been criticized for prioritizing style over substance, which creates a false dichotomy. He needn't nor shouldn't sacrifice his penchant for stylized presentation. That is what makes him distinct. A more substantive story and developed characters would bolster the impact of this visual style, not undercut it.

Instead, the story becomes directionless and repetitive the longer it goes on. When it keeps repeating scenes where Eloise runs aimlessly around, the film itself begins to feel similarly uncertain about where it wants to go or what it wants to say. The characters get lost in this meandering malaise.

Despite McKenzie's performance, Eloise is not as fully formed of a character as she could be and the side characters are no better. Michael Ajao as John is reduced to being a largely disposable love interest to Eloise. Towards the end, he is referred to briefly as "the boy," which serves as an unintentionally revealing statement about how little the film seems to care for his character. Whether it is Eloise's grandmother who mostly exists over the phone or her landlady who becomes a crucially central part of the story, the characters border on being paper thin when they should have been more. Even Taylor-Joy is an underwritten background character at best.

There is still much to be taken in by for those seeking interesting visual composition. It is the most full jump Wright has made into horror and he shows he has an eye for creating some genuinely frightening sequences. His love of music shines through, working in concert with the energetic scenes of dance and dread in equal measure. It just is stifled by a last act that feels frantic and indecisive. A staircase scene in particular throws everything at the wall, an overcompensation that sums up how the film should've developed confidence in telling a more solid story underneath all the visual splendor. ♦ 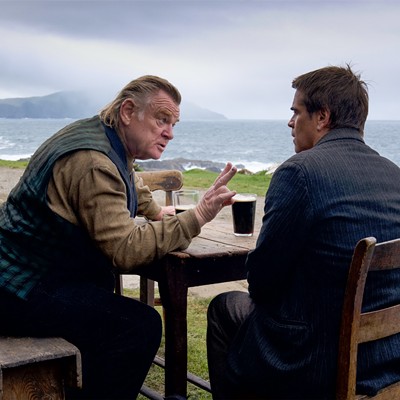