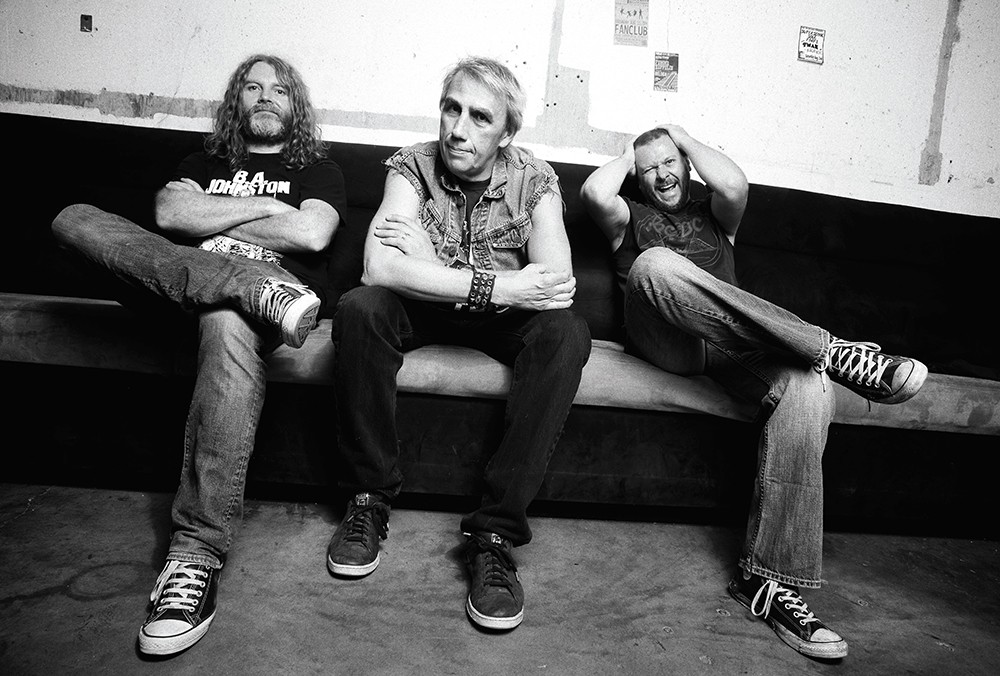 D.O.A. is the essence of the DIY spirit.

D.O.A. is "toward the tail end" of finishing its new studio album,

At the same time, Keithley is running a Kickstarter campaign to raise funds for the album. Donors get the record plus extra goodies like stickers, autographed drum skins — even lawn signs from Keithley's past political campaigns. As of Tuesday, they've exceeded their $3,947 goal.

"I had enough faith in D.O.A.'s fans to think that we would raise enough money that we could start recording," Keithley says in his typical plain-spoken style. "And so far, so good."

Such is the power of a devoted fan base, one that has been building for nearly four decades. Keithley started the now legendary D.O.A. in the late 1970s in Vancouver, B.C., and by the time the band released its Hardcore '81 album, it had become one of the architects of the burgeoning hardcore punk scene, alongside Black Flag, the Germs and Bad Brains, among others.

Since those early days, D.O.A. has taken long breaks and gone through a number of lineup changes, all the while playing punk rock that's loud, fast and uncompromisingly political, with a hard lean to the left. This is a band, after all, whose unofficial slogan is: "Talk - Action = 0."

For Keithley, however, the Kickstarter campaign is not solely a financing method. He also sees parallels to the way punk used to operate. He likens D.O.A.'s army of donors to the tight network of bands that toured back in the 1980s: how they communicated and looked out for each other, steering others toward honest promoters and away from shady types. And he compares crowdfunding to starting his own label, Sudden Death Records, to put out D.O.A. albums when no one else would.

"When I was a teenager, we thought having a rock band (meant) you had to have a lot of money to have really good gear, and get noticed by a record company," Keithley says. "And where we were in Vancouver was the total boondocks; no record company was interested in ... a loud, noisy punk band from Nowheresville."

Keithley's record label model is "people-driven as opposed to company-driven," he says, which fits snugly with the do-it-yourself ethic of punk rock. It's that ethic that is punk's greatest legacy, he says.

"Although obviously punk's been co-opted a number of times, and resold and repackaged, and people have come up with endless, mediocre, terrible versions of it," Keithley says. "But the essence of the DIY spirit and self-expression is, I think, why punk's still around and it still has some relevance, which is a hard thing after 40 years." ♦