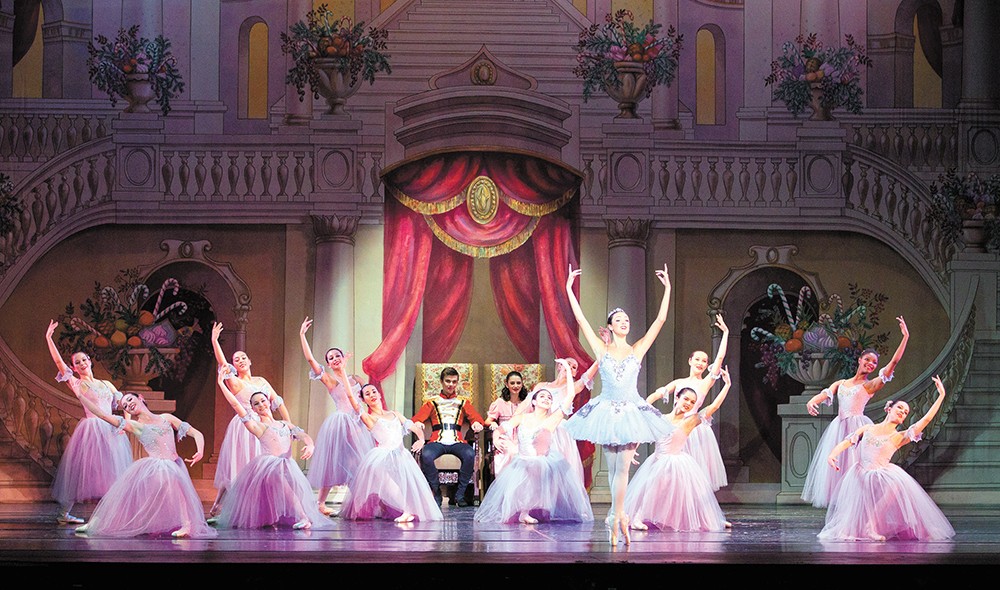 Santa Claus has come to town, specifically Coeur d'Alene. Each night from after Thanksgiving and until New Year's Day, young and old alike can take a trip to the North Pole on Lake Coeur d'Alene. Featured on this 40-minute cruise ride are dazzling light displays made up of 1.5 million lights and a chance to hear Santa read your name off his list. Kids meet Santa and his elves along with the Grinch, Rudolph and a giant animated Christmas tree. Arrive 45 minutes before your departure time to make sure Santa's elves get your child's name on the list before leading the family onto the decked-out holiday boat. The Coeur d'Alene Resort, $7.50-$22.25, departs daily at 5:30 pm, 6:30 pm, 7:30 pm, cdacruises.com (MICHAELA MULLIGAN)

Take a day to relax with family after the Thanksgiving feast and enjoy a big holiday season kickoff in downtown Spokane at the newly renovated Riverfront Park. Festivities leading up to the tree lighting ceremony, beginning at 4 pm, include a kids craft tent, live music by the Rub, an appearance by Buddy the Elf and other cast members from the Spokane Civic Theatre's holiday production, Elf the Musical, and a performance by the Spokane Symphony Chorale. A countdown begins at 6:25 pm to flip the switch for the lights adorning the big evergreen tree near the east side of the Skate Ribbon, which is open daily throughout the season, Sunday through Thursday from 11 am to 9 pm and Friday and Saturday from 11 am to 10 pm. Riverfront Park, 4-6:30 pm, free, riverfrontspokane.com (CHEY SCOTT)

It's the music many instantly recognize with the first few notes, transporting us to Clara's wonderful imagination of toy soldiers and dancing sugar plum fairies. For the 40th year now, the Spokane Symphony orchestra performs Tchaikovsky's beloved Nutcracker Suite alongside dancers from Santa Barbara's State Street Ballet. Clara and the Nutcracker Prince travel to far away lands and battle the evil Mouse King, joined by 75 local youth dancers. Watch for famous scenes such as the waltz of the snowflakes and Spanish and Arabian dances. This year's show is conducted by Spokane Symphony Assistant Conductor Jorge Luis Uzcátegui. Martin Woldson Theater at the Fox, $17.50-$82, Thu-Sat at 7:30 pm, Sat-Sun at 2 pm, spokanesymphony.org (MM)

A Spokane holiday season is not complete without watching at least one of Spokane native Bing Crosby's vintage films. Back for its 13th year, the Bing Crosby Holiday Film Festival features classics such as White Christmas and lesser known Crosby films such as Pennies from Heaven and Road to Zanzibar. Stay out of the cold weather and settle in at the theater named after the Hollywood legend for an all-day movie marathon. For a break between films, guests can enjoy a performance by Howard Crosby, son of Bing's brother Ted, and the Hot Club of Spokane, who perform tunes from the Crosby era. Bing Crosby Theater, $10, children under 12 free, 11:30 am-8 pm, bingcrosbytheater.com (MM)

Mark your calendars now for the third annual Suds & Cinema screening of the beloved 1989 holiday comedy, National Lampoon's Christmas Vacation. This year, there are two showings, at 6 and 9 pm. The event has sold out both previous years' showings, and as such tickets are again being pre-sold at the Garland's box office. Rainier Beer is back as the event's featured beverage sponsor, and generous prizes and swag giveaways are expected. If this event with the dorky Griswold family has become a can't-miss tradition for you and yours, stay tuned for updates on the Garland Theater and Inlander Facebook pages. Garland Theater, $5, 6 pm and 9 pm, garlandtheater.com (CS) 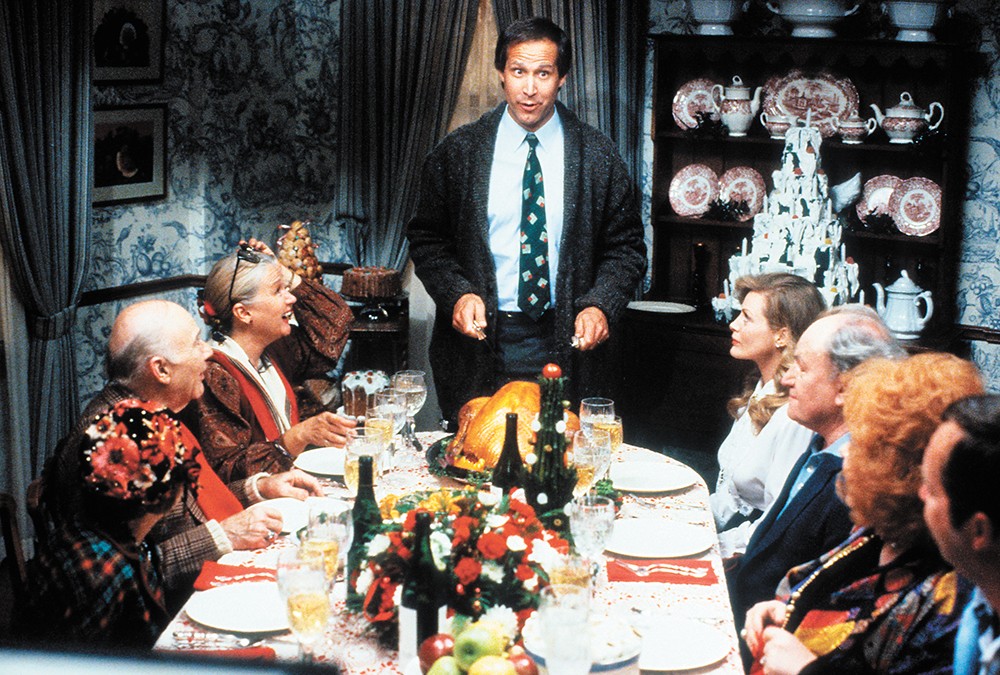 Celebrate with the Griswolds on Dec. 20

Not only does this longtime Spokane Symphony concert tradition mark the end of another year, but it's also the last time time outgoing Symphony Music Director Eckart Preu will wave his baton for this special tradition he began. The night's triumphant and jubilant program showcases both the full orchestra alongside guest vocalists from the Spokane Symphony Chorale. The all-ages musical celebration takes place early enough that revelers can continue on to other parties afterward, and young guests can also partake. Adults over 21 can continue the celebration at the Symphony's Puttin' on the Ritz Gala at the Historic Davenport Hotel (starts at 9 pm, tickets are $130/person), which offers a three-course dinner, no-host bar, big band music, party favors and a midnight champagne toast. Martin Woldson Theater at the Fox, $13-$52, spokanesymphony.org (CS) ♦