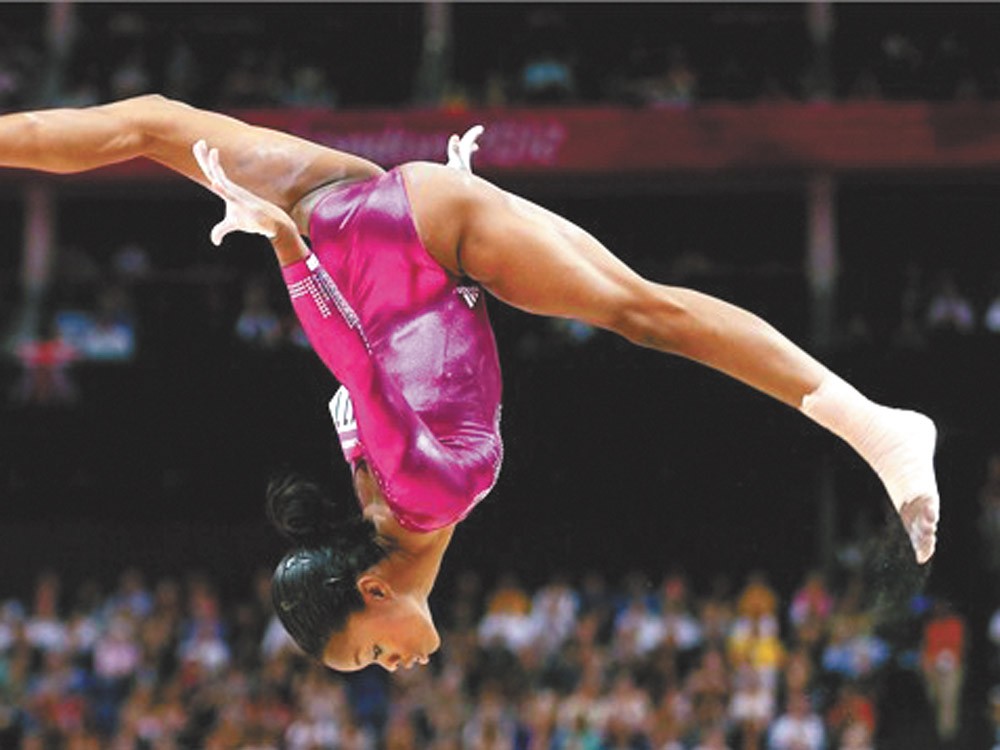 Gabby Douglass goes for gold in real time.
It hardly seems sporting to pile on NBC’s Olympics coverage this late in the match, but we had an experience last weekend watching the men’s 10,000-meter race live that was unlike anything we’ve felt so far this Olympics.

Nerves. The pin-prickling anxieties of watching something happen as it happens.

We have seen a number of incredible, history-making performances at these games. They include, but are not limited to:

These are all amazing storylines that occurred in big-rating sports, and so each was shown on NBC in primetime. (Here on the West Coast, that means events sometimes aired eight hours after they took place in London.)

Watching them all, though — even ones that we’d avoided having spoiled for us by Twitter or news reports or NBC’s own coverage — we never experienced that familiar crackle of electricity you get watching live sport.

In the 25th and final lap, Britain’s Mo Farah emerged from a tight pack to get about a half-second on Ethiopia’s Tariku Bekele. The eye naturally trained on these two until, in the final turn, a pale figure wearing a bright red singlet charged past Bekele to snatch silver by two long strides. Galen Rupp, of Eugene, Ore., had won the U.S.’s first medal in the event since 1964.

The moment was electric and unscripted and, as we were watching it, no one in the world yet knew how it would play out. That’s the difference.

The whole rest of the games — aired in primetime, narrated in future-continual tense (“you are about to see…”) — has felt like watching a billion-dollar SportsCenter. Seeing Farah and Rupp take it in the final turn felt like history in the making.