After 70 years, Roger’s Burgers adds to its legacy in North Idaho 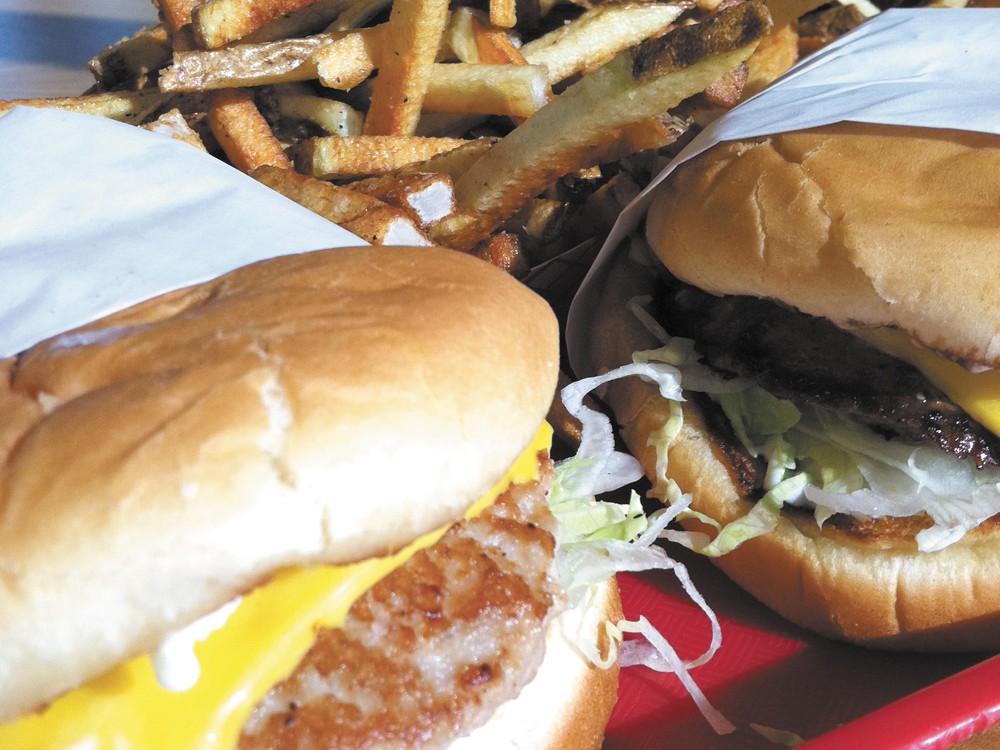 Carrie Scozzaro
Roger’s Burgers are now available at two locations in Coeur d’Akene .
Don’t call them the new-and-improved Roger’s Burgers. They’re still making ’em like they used to. In fact, the hallmark of Roger’s has been preserving the roadside joint of our Americana culture.

Dating back 70 years, Roger’s originated in Moscow, relocated to Coeur d’Alene in the ’80s (eventually taking over a former Dairy DeLite space) and passed through a succession of owners. Mark and Nicole Randolph resurrected Roger’s in 2009, adding the new store on Neider Avenue this spring.

Through it all, the menu has remained more or less the same. Crispy, handcut fries spilling out of their cardboard boats. All-beef burgers snugged in paper wrapping so you don’t drip any of that juicy, grilled goodness. And the same thick milkshakes handmade on the spot.

The only things missing from the new uptown menu are ice cream options (shakes, floats, malts, cones, etc.) that make the downtown Roger’s location at Sherman and 13th a favorite for locals and tourists alike.

Prices (at both locations) are reasonable and the food is fresh, filling and satisfies your nostalgic craving, too. Since they don’t make their own garden burger, we tried the cheeseburger ($3.25/$5.75 combo) and turkey burger with cheese ($4.50/$6.95 combo). Both were slathered in chopped onions, fresh shredded lettuce and tomato, and nestled in a soft, white bun.

For the ravenous, there’s a “triple” burger ($5.50/$8.25) or the betchya-can’t-open-yer-mouth-that-wide quadruple burger called the 44 Caliber ($6.75/$9.50). You can add grilled onions for a quarter or bacon for $0.75, but such accouterments are not recommended for the drive-through ordering unless you’re wearing a giant bib.

Whatever old-fashioned charm the new Roger’s lacks in comparison to the older spot, it more than makes up for in convenience. With its drive-through and high visibility along busy Highway 95, the new Rogers locale may succeed where several previous restaurants have not. In other words, it’ll be around a while.