That ‘80s show of Bill Cosby's was a comedy about good parenting techniques. So’s his stand-up routine. 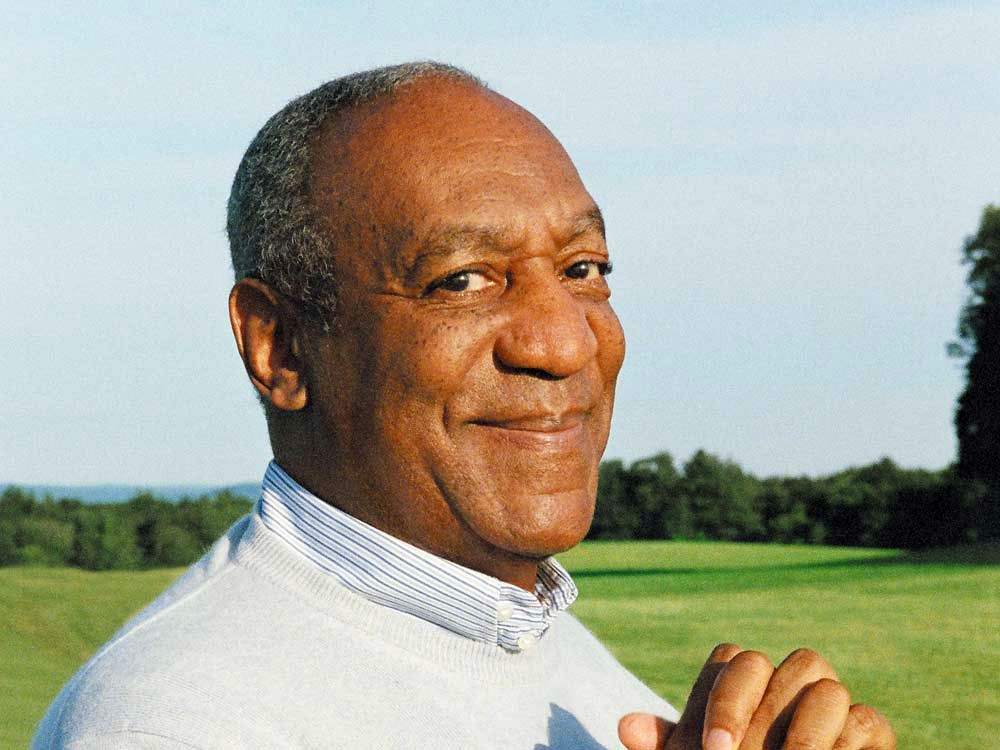 Erinn Chalene Cosby
This photo was taken by one of his daughters. He brought her up well.

Bill Cosby wants to be your therapist. He likes making you laugh, all right, but your parenting skills could stand some improvement.

His career as America’s favorite dad and funny man extends back to the comedy albums and I Spy in the ’60s, Fat Albert and The Electric Company in the ’70s, The Cosby Show and all those Jell-O pudding commercials in the ’80s.

Over the past six years, though, Cosby has created controversy with repeated speeches criticizing the black underclass for irresponsibility and poor parenting.

Because these kids today, they’re oblivious. Cosby relays a friend’s memory, approvingly: “When we were coming up, we had junkies, prostitutes, pimps and criminals. But they knew they were criminals,” recalls Stanley Crouch, the jazz critic. “Today, there is a large number of people who have been raised to believe that what they are doing is just fine.’”

“I AM TELLING YOU,” thunders the Cos, witnessing his agreement. His voice is loud and clear, all the way from his home in the Berkshires of western Massachusetts. Then he’s off into a story about a ticket scalper who doesn’t think he’s doing anything wrong (“just tryin’ to make a livin’, got a wife and children,” Cosby recalls him saying). That’s followed by a rant about end-zone celebrations after touchdowns by players who draw penalty flags because they value self-expression over the good of the team. (“I have to be me” — “No, I don’t think so,” says Cosby.)

Even jokes in his recent shows center on personal responsibility. “I was doing this ad-lib where you’re overweight and what you do to compensate, as opposed to going out and actually practicing,” he says, laughing at his own lack of discipline. He’d been asked to run a 400-meter race — one lap around the track — but he hadn’t been working out nearly enough. “Now, I am 73 years old,” Cosby says, “and the same guys who beat me in high school are still beating me today. I even had a guy who had a major stroke beat me” — and he’s off into some sportscasting, with the stroke survivor running on by and taunting Cosby, hilariously, with slurred speech.

He exemplified responsibility as the father of the fictional Huxtable family, with their lack of cell phones, their funny-looking sweaters. The Cosby Show, for five of its eight seasons (1984-92), was the nation’s top-rated program, and Dr. Cliff reflected Dr. Bill himself: “Mothers and daughters? I’ve been through that four times,” he says. “When they start arguing, I’m just a cop in a domestic feud.”

But he won’t stand for disrespect from children. “There were times when, as a child, I wanted to run away,” he says. “I hated being with these people. I figured, I don’t have to live with people who are broke. But even then — no way could I say, ‘I hate you’ to my parents. And it was because I was pretty sure what would happen if I did — and it wouldn’t just involve being told to go stand in the corner.” Maintaining discipline is important to him. “Think about what you’re giving up if you want your children to be your friends,” he says. “They haven’t earned that yet.”

He holds up the mirror to parents and children a lot. “One of the great nights for me, on any college campus, is Parents’ Night,” he says. “The show I do then, whether it’s Mothers’ Night, or Fathers’ Night, or Auntie-Bea-God-Bless-Her Night, that’s when I soar. I pull out my Challenge Stick — and I mean business when I challenge the 18- to 21-year-olds — that when they visit the campus, how they behave toward their parents reflects on .… [laughs] Well, the hilarity of busting up these people, the parents, and the peer pressure they feel from other parents, and the kids are feeling peer pressure from other students….

“But when I do those shows, with the beauty of the people laughing together because I can bring [self-recognition] to them — after 90 minutes of that, I walk off, and I hear, ‘Thank you, Bill,’ and ‘Thank you, Mr. Cosby.’ That’s a great feeling.”

Dr. Huxtable has an opening in his schedule this Sunday afternoon. He has some jokes to tell about your family, and he needs you to hear them. n michael@inlander.com