This year's Restaurant Week focuses on the region's libation industry 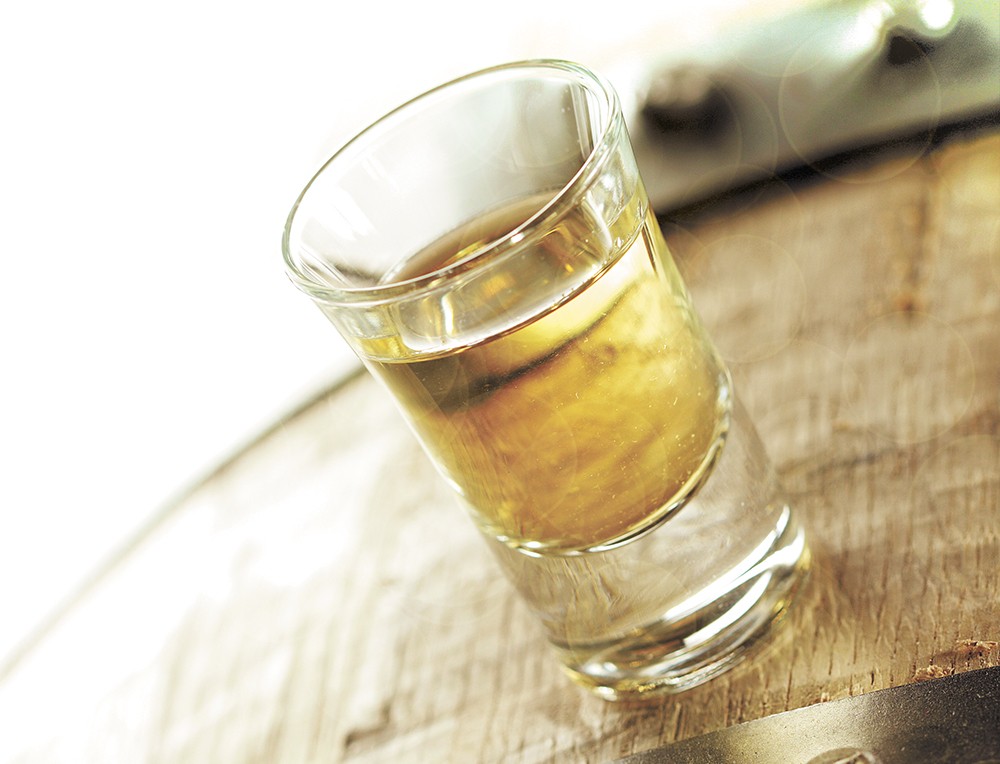 Young Kwak
Dry Fly's Whiskey is just one of the locally made beverages you'll find at Restaurant Week eateries.

Not all that long ago, drinking local wasn't really an option. Both oenophiles and beer snobs went for the imported stuff. Craft distilleries didn't exist. Only a decade ago, the local beer scene was essentially just Northern Lights and Coeur d'Alene Brewing Company, recalls Gage Stromberg, who is now co-owner of River City Brewing, which opened in 2012.

"There were guys who considered themselves serious beer restaurants when they had four handles, and they had Coors Light and Bud Light on two of those handles," he says. "But they would rotate two other craft beers and that's what made them a serious craft beer restaurant."

It's a path that regional wineries started forging several decades ago, and one that craft distilleries and cideries are just beginning to follow. The growth is a reflection of the region's agricultural bounty — vineyards and hops fields, grain for malting and distilling — and the broader cultural shift back toward local farms and producers. In fact, while diners enjoy a pint at a local restaurant, the spent grain used to make that beer is sent to local farms to feed the region's livestock.

Local doesn't mean provincial — the area's producers have been earning awards and accolades from outside the region. Dry Fly, the first Washington state distillery to form since Prohibition, took home the "Best in Show" award for its bourbon at the first-ever San Diego International Spirits Competition. (Its whiskey, vodka and gin are also award-winning.) Its Northwest-influenced gin was one of three artisan gins featured in the Wall Street Journal.

Selkirk Abbey took home two golds from the 2013 North American Beer Awards for its Deacon, a Belgian-style pale ale, and Saint Augustine, a rye saison. The Lizzy's Red from Orlison Brewing Co. earned gold in the 2013 Washington Beer Awards. No-Li Brewhouse, the first Spokane brewery to earn a gold medal at the Great American Beer Festival in 2012, received federal approval for the official "Spokane Style" designation for beers made in the region with local ingredients.

At the same time, local wineries have also been recognized for the tasty creations that result from the unique Inland Northwest climate. Latah Creek's Merlot was called one of the "Top 100 Wines of the Year," while Arbor Crest has released 15 different award-winning wines in its more than 30 years in the business. The two other Restaurant Week Drink Local participants, Townshend Cellars and Barrister Winery, have also received mentions in national wine publications and other awards for their Washington-made wines.

While you're out at Restaurant Week, keep an eye out for drink specials featuring locally produced beverages. At Clover, for example, you'll find Dry Fly martinis and Manhattans for $6, 12-String Brewery beers for $3 a pint and Townshend and Grand Ronde wines for $6.

You'll also want to look for menu items that incorporate these local craft brewers, wineries and distilleries in the food itself. One of those is a pudding from Saranac Public House that incorporates the delectable Vanilla Bourbon Stout from River City.

If you're coming from out of town and want to get a taste of the town, we suggest you check out the Inland Northwest Ale Trail, a self-guided tour through the breweries of Spokane and North Idaho. If you can get stamps from 10 of the two dozen (and growing) breweries in the region, you'll receive a 32-ounce mini growler. Maps are available at local hotels, breweries and restaurants, or you can visit inlandnwaletrail.com.

If you're more of a wine fan, you can guide yourself through the wineries of Spokane thanks to the Spokane Winery Association. Their site features maps of both the downtown Spokane wineries (there are many and they are easily walkable) as well as wineries in the outlying areas. Find those maps and more at spokanewineries.net. ♦