Sicario is a tough, brutal film — and one of the year's best 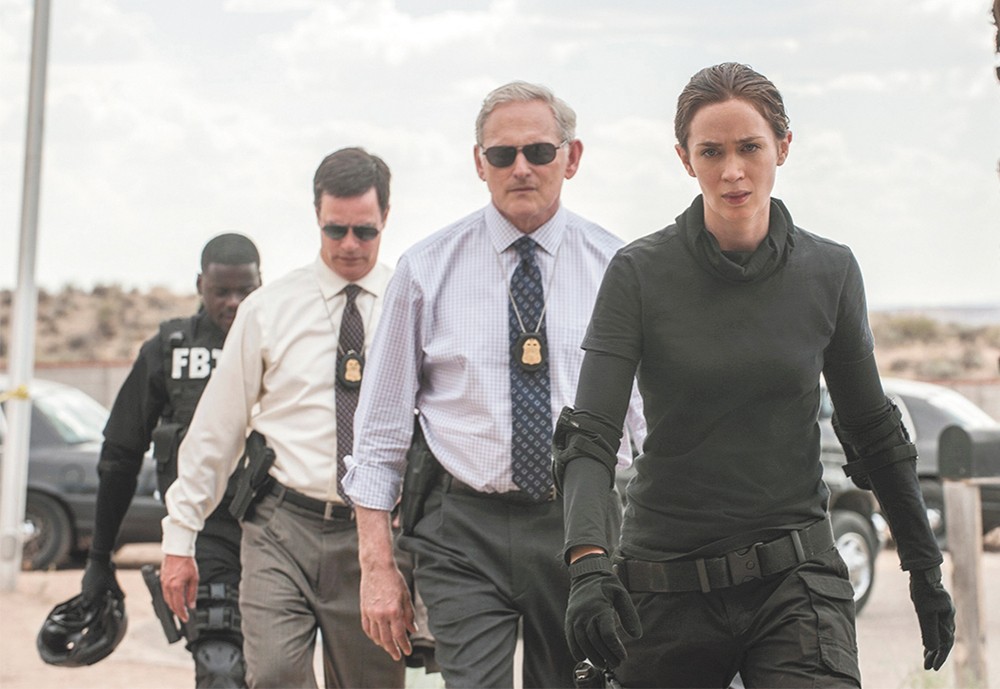 Emily Blunt goes up against the War on Drugs in Sicario..

to justify overly aggressive policing on local and national levels. But the "War on Drugs" has never felt more like an actual war than in Sicario. Yet this is no bit of propaganda designed to sell us that war; it is a scathing condemnation of the lawlessness that the "War on Drugs" has fostered in those fighting it, especially on the side of the supposed good guys.

Director Denis Villeneuve raises the bar on himself after his intense and harrowing Prisoners with a movie that might best be described as "on a warpath"... though not willingly on the part of the protagonist, FBI agent Kate Macer (Emily Blunt). She's the lead on a hostage-finding and -rescuing team, and as the film begins, we see just how brutal this work can be.

And yet, Kate's experience here is nothing compared to what she will encounter when she joins an interagency task force with a much larger purview. She's not sure why the task force needs her, and she's not even sure she's gotten a clear answer as to who these guys are: is flip-flop- and Hawaiian-shirt-wearing badass Matt (Josh Brolin) DEA? CIA? Who does civilian-appearing Alejandro (Benicio Del Toro) represent?

Kate isn't innocent: she was not the one who had to step outside to throw up. But now she is through a looking-glass and down a rabbit hole, and getting deeper at every turn into a world in which the rules she knows don't apply... and this infuriates her. Her idealism comes smack up against the "realities" of the "War on Drugs"; not that the horrifically messy situations they find themselves in aren't real, but they are artificially manufactured by everyone on both sides. Matt, at one point, justifies the supremely awful things they're doing by saying that as long as people are willing to shove white powder up their noses, this won't end.

Sicario is one of the best movies of the year. For the incredible performances; Villeneuve had to battle for Blunt to take on a part that the Hollywood powers-that-be wanted rewritten for a man (in the script, the first from actor Taylor Sheridan), but she is a huge part of what makes the movie work. Blunt makes Kate tough and smart and capable, but as a woman in what has traditionally been a man's role, Kate also brings the subtle criticism that new perspectives in law enforcement are needed — though not always welcome. For the savage atmosphere, which at times feels more like dystopian science fiction than ripped-from-the-headlines actuality. For the pulse-pounding score, by Jóhann Jóhannsson, which thrums like war drums, or a heartbeat. And it's one of the best for how, like Kate, it rages with frustration against the drug war that has colonized and taken over the ideals of fairness and justice that we pretend rule us. ♦

Sicario is not showing in any theaters in the area.