Everything you need to know about Washington's battling gun-control initiatives 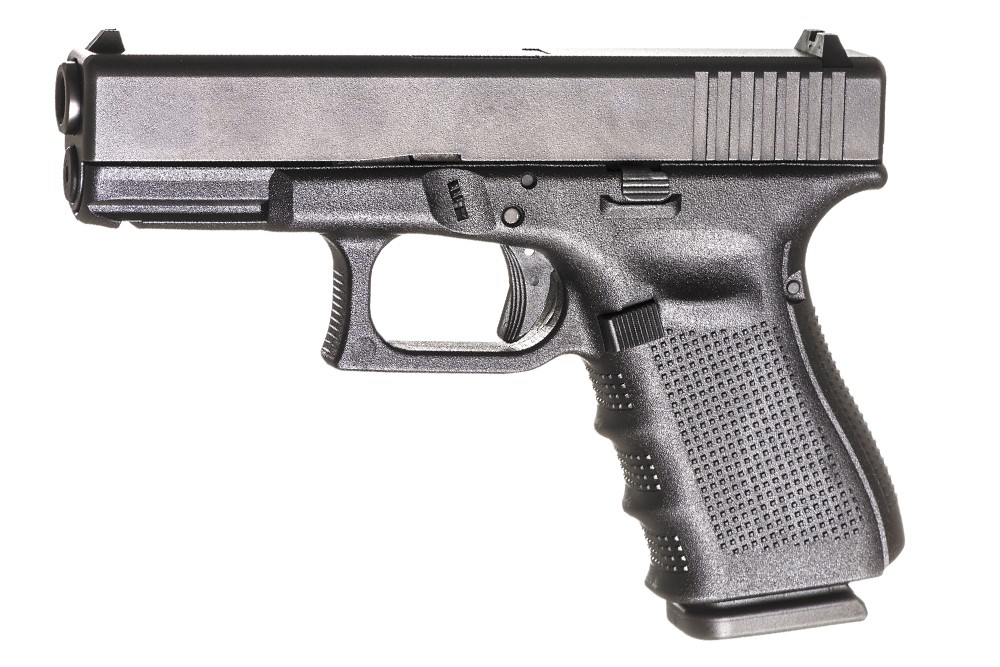 If you want to buy a gun

from any Washington firearms dealer, you have to submit to a criminal background check. Or you can bypass the paperwork and log onto Armslist.com where, as of this writing, you can purchase a "very smooth action" semi-automatic AK-47-style rifle from a private seller in Spokane — complete with six 30-round magazines and a khaki-colored tactical chest rig for $800. No questions asked.

The so-called "gun show loophole" in fact applies to all private sales in Washington state. Under federal law, only licensed gun dealers are required to run background checks to ensure their customers aren't legally prohibited from owning firearms due to felony convictions, domestic violence records or a serious mental illness.

To that end, Initiative 594 would expand criminal background checks for all gun sales in Washington, including those between private individuals, at gun shows and on online marketplaces like Armslist. I-594 also requires background checks for most transfers, such as loans and gifts, but makes exceptions for family members who exchange firearms; law enforcement and other public agents acting in their official capacity; gunsmiths; and people who temporarily borrow guns for hunting, sports and immediate self-defense. Antique gun sales and transfers are also exempt.

The goal of the ballot measure is "to increase the risk for people willing to sell a gun to somebody even if they don't know or don't care if someone is legally able to have it," says King County Prosecutor Dan Satterberg, a Republican and one of I-594's most prominent supporters. "Right now, if you buy a gun brand-new from a sporting goods store, you can turn around and sell it in the parking lot and you don't need to run a background check."

"It doesn't hurt; it's not a big deal, and I'd think a reasonable gun owner who sells his gun wants to make sure the person who's buying it isn't prohibited from buying it," says Satterberg. "A background check is not an onerous thing to do."

But opponents of I-594 say that's exactly

what this measure does — penalize and potentially criminalize lawful gun owners. Earlier this summer, the Washington Council of Police and Sheriffs (WACOPS), the state's largest professional law enforcement organization, voted to oppose I-594 and endorse its competing ballot measure, Initiative 591, a proposal to prohibit the state from mandating additional background checks unless required by the federal government. I-591 would also bar government agencies from confiscating firearms without due process.

"As long as you have the black market where people can buy firearms, the gun checks are only for those of us who are good, honest, law-abiding citizens," says Spokane County Sheriff Ozzie Knezovich, who has publicly endorsed I-591. "If you pass [I-594], we're going to have to go through all these hoops."

In a statement, WACOPS warned that I-594's "restrictive" transfer and loan provisions would make some simple firearms transactions illegal, causing "law abiding citizens to unintentionally commit crimes and possibly be convicted of gross misdemeanors or Class C felonies" — a claim supporters of I-594 have pushed back against.

"This isn't a self-executing law. When you speed in your car, you're not going to get a ticket that comes out as soon as you go 70 miles per hour. You have to be caught," Satterberg says. "All this talk about innocent people being caught up in this kind of ignores the reality of how crimes get investigated and prosecuted. Responsible gun owners have nothing to fear from this."

Opponents also warn that I-594 would infringe on gun owners' privacy rights. In its No on I-594 talking points, the National Rifle Association's lobbying arm, the NRA Institute for Legislative Action, frequently describes I-594 as a "universal handgun registration scheme being promoted by a very wealthy group of anti-gun elitists." The text of I-594, however, never mentions creating a registry for gun owners. The Washington Department of Licensing already maintains a database of handgun purchases, which law enforcement is able to access during investigations. (Sales of rifles and long guns aren't included unless the firearms dealer voluntarily provides those records.) But Alan Gottlieb, the chairman of the Bellevue-based Citizens Committee for the Right to Keep and Bear Arms, says I-594 would expand the agency's existing handgun database.

"It's a problem," Gottlieb says. "We're not happy with the gun registry to begin with because obviously we're concerned with the confiscation of guns."

One month out from the election

, the Yes on 594 campaign has a significant financial edge over its opposition, which could make all the difference this November. Bankrolled by the westside's super-rich, the Washington Alliance for Gun Responsibility has raised more than $7.5 million for the Yes on 594 campaign and spent less than half of its funds. Seattle venture capitalist Nick Hanauer has donated more than $1 million to the initiative, as have Bill and Melinda Gates. Former New York City mayor Michael Bloomberg's advocacy group, Everytown for Gun Safety, has poured $1 million into the fight.

Meanwhile, Protect Our Gun Rights, the coalition behind Yes on I-591, has raised about $1.1 million — the majority of which has come from the Washington Arms Collectors and Gottlieb's gun-rights group — with roughly $300,000 left in the bank. The NRA hasn't dug into its deep pockets yet, spending just under $200,000 on website development, advertising and mailers opposing I-594.

Paradoxically, the most recent polling shows that the majority of voters favor I-594 and I-591: An Elway Poll in April found that 72 percent of voters said they would support I-594 while 55 percent said they would back I-591.

So what happens if confused voters approve both measures? According to Kay Ramsay of the Washington Secretary of State's office, the state Supreme Court would be forced to step in, but what justices could decide to do is "anybody's guess," she says. There's no precedent for a situation like this in Washington. The previous time voters faced two conflicting initiatives was in 2010, when two similar liquor-privatization measures, I-1100 and I-1105, were on the November ballot. Ultimately, voters rejected both.