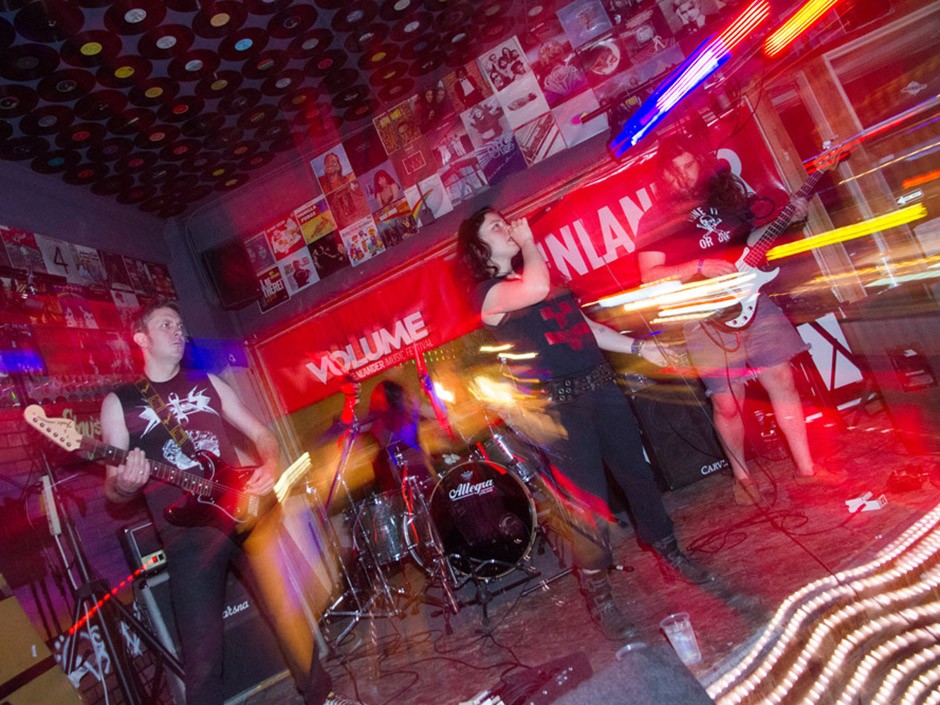 No joke: On Monday night, two whole days after the last guitars were unplugged at Volume — The Inlander’s two-day, eight-venue music festival last weekend — my ears were still ringing. Loudly. But it was worth it.

Alongside hundreds of other local music fans, I saw a speaker-busting set by Moscow electronic band Psychic Rites, heard the swampy blues rock of local act Blackwater Prophet and got a gut-punch of emotions from Missoula’s King Elephant. I witnessed a man in Seattle’s Haunted Horses play a guitar with a drill and heard locals FAUS scream a punk-rock version of the Pledge of Allegiance.

There were folk bands and acoustic musicians and dance parties I missed — because it’s impossible to be everywhere at once at Volume, Spokane’s only all-city music spectacle.

If you missed out on the party this year, don’t fret. We’ll be ready to rock you all again next year, too.