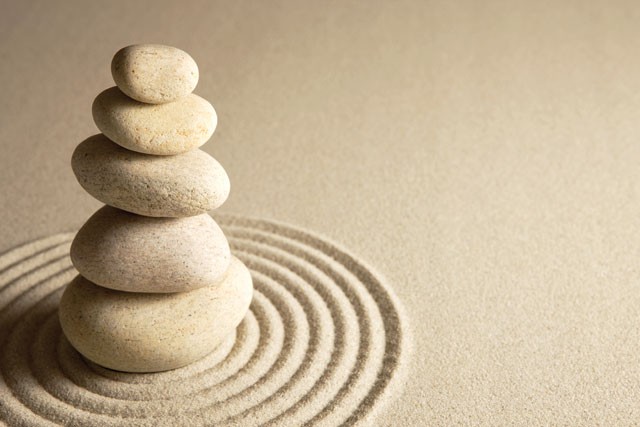 As mountains crumble to the seas, so too is Mother Nature at work to retrieve your home and return it to the earth. Her impressive list of accomplices includes the formidable force of gravity, the seeping, but potent, power of water, the fiery might of electricity and the permeating poison of an invisible gas. Add to that the forces of humans — attempting to remodel, embellish and otherwise alter their code-built homes — and it’s clear there is potential for problems. But with a little knowledge and attention to maintenance, you can stave off all those forces, ensuring your home will continue to provide safe shelter for many years.

Perhaps the biggest hazard to healthy homes in the Inland Northwest is an invader from the rocks beneath our feet: radon. Radioactive, colorless and odorless, the gas seeps into homes through their foundations. George Anderson, owner of Building Tech Home and Building Inspection, sums up the insidious habits of this unwelcome intruder: “Radon is a gas created from the decomposition of radioactive material, and the people who discovered it died very young.”


To combat radon, Spokane County building code since 1991 has required radon mitigation of some sort — a crawl space with ventilation on four sides, or a pipe beneath the slab, often with a fan to help draw air up and out from under the house.


Still, Anderson says, “The only way to know if your radon system is working is to test. Having a system is not a guarantee that you don’t have radon.”


Inexpensive home tests are helpful but can occasionally lead to false positives. If a test does come back positive, homeowners may want to confirm those results with a more elaborate test conducted by radon or home inspectors.

Oddly enough, Anderson says, it’s often homeowners who sabotage their own radon mitigation systems. “I see houses with active radon systems — with a fan — and the fan is off all the time.” Leaving the fan off means the fan motor is vulnerable to rain and snow, and often won’t work if homeowners try to start it up, which ends up disabling the system and potentially harming the home’s occupants.


Even though Anderson says he’s seen Spokane houses with 25 times the highest acceptable level of radon, he continues to encounter resistance to radon testing during home sales. “I ask people any time I do an inspection, ‘Who is doing your radon test?’ If they’re skeptical, I refer them to the EPA Website at www.epa.gov.”

Water is necessary to life, but it’s also responsible for carving out the Grand Canyon. Keeping water where it belongs in your home is essential for creating a healthy environment. Most of the mold problems Anderson sees in the Inland Northwest are the result of poor ventilation systems. When bathroom, kitchen and laundry exhaust fans vent into attic spaces, that can create a warm moist environment that mold is more than happy to inhabit. Not everyone is susceptible to health problems from mold, which can be severe, and there are no standards for what is an acceptable amount of mold. Inspection is done by appearance — looking for areas that might be conducive to mold growth. Above all, “Fans should all go through the roof,” says Anderson.

“Decks fall off all the time, all across the country,” says Anderson. Prior to the mid ’90s, building codes did not require bolting a deck to the house, and many builders used nails. Anderson says nails are prone to pulling out, prematurely ending your summer outdoor party. Bolts can easily be added to the ledger attachment however.


“It’s a very simple fix,” he says. “Any homeowner can do it on a Saturday afternoon … it’s just safer, especially if you’re a party person, and you have 20 people on your deck in the summer.”


Other protections against the forces of gravity are stair and deck railings. Current code stipulates that a 4-inch object can’t pass through a railing, but it wasn’t always that way. Homeowners should be aware that openings larger than 4 inches could allow a child to fall through.

“Electrical is, I suppose, the greatest risk to safety. If I took all my inspections for a year,” says Anderson, “the No. 1 problem is electrical.”


Checking the condition of older wiring is important, and Anderson says some homes built in the 1960s sometimes have a dangerous form of small gauge aluminum wiring that needs to be replaced. Knob and tube wiring can be safe, if it is in good condition, but often insurers will want homeowners to replace it.


More problematic are homeowner fixes, says Anderson. “In general, there are lots of things people do with electricity that are incorrect. I’m always seeing multiple wires in one breaker, the wrong size breakers, basically do-it-yourself wiring that is quite dangerous.”


And there are three brands of breaker panels Anderson recommends replacing — Federal Pacific Electric, Zinsco and Sylvania. “At the very least, have an electrician come and take your panel apart and look for signs of problems,” he says.


After years of conducting home inspections, Anderson says with conviction: “Every house is different.” That means each home’s owners are its best allies in making sure it is a safe, healthy dwelling place.