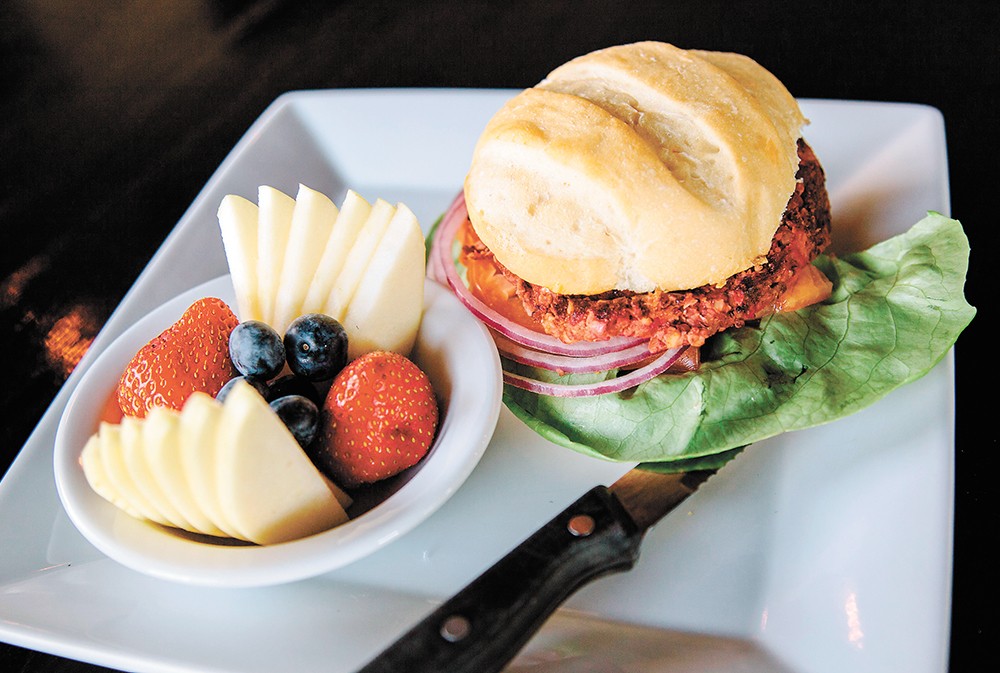 Adding to a list that includes a brewpub, stone-fired pizza, German fare, a tiny sushi joint, burgers and plenty of fast food,

the folks who live near or frequent the businesses of Spokane's Five Mile Shopping Center now can add a Northwest-inspired gastropub to the tally.

And though the neighborhood lost its sole Southwestern food spot before Cascadia Public House's debut last month, the transition from Ash Street Tacos and the adjacent Tonicx bar's departure to Cascadia's arrival was swift. When the former two businesses' owners decided to close up after their lease ended, Cascadia co-owner Justin Oliveri says his team was quick to step in and take ownership. Their remodel of the space only took two and a half months, and Cascadia opened its doors the first week of May.

Oliveri, who also owns JJ's Tap and Smokehouse in the nearby Indian Trail neighborhood, co-owns the gastropub with his brother, Johnny, and dad, Louis, along with partners Rob Hatch and Jordan Smith.

The restaurant's menu and style is decidedly Pacific Northwest, with a focus on growers and food producers based in the Cascadia bioregion of Washington and Oregon. Beef for burgers comes from Gebbers Cattle in Brewster, Washington, and eggs from Wilcox Farms in Roy, Washington. Cheese is made in Grants Pass, Oregon, at Rogue Creamery, and buns for sandwiches are sourced from Spokane's own Alpine Bakery.

"The menu started with me; I'm a vegan at the moment," Oliveri says. "So it started with that, and really trying to source the highest quality ingredients that are the least processed as possible, and sourcing regionally with an emphasis on sustainability."

Diners can expect to find several classics with a Northwest twist, like two beef burgers, a basic version ($12) and the loaded Cascadia burger that's stacked with a thick slab of bacon and a fried egg ($15). The housemade beet and bean burger ($11) offers a flavorful and richly textured option for vegetarians and vegans, who will find plenty of other satisfactory options on the menu. There are vegan ($12) and chicken ($15) versions of mac and cheese, and several colorful, produce-filled salads ($10-$14). A list of shareable appetizers, sandwiches, a plated culotte steak and pan-seared salmon round out the menu. Kids are also warmly welcomed at Cascadia, which offers young diners their own simplified versions of several menu staples.

The restaurant's interior features a clean, minimalist style, with grey-toned wood paneling behind the bar and a sleek, grey color palette throughout. The space's new owners tore out a wall that separated the previous tenants' two businesses, opening up the space and creating an all-ages dining area in addition to the bar. Cascadia's patio on the building's north side was revamped with the addition of three custom-made, bar-height tables with center inset fireplaces.

Oliveri says to expect live music and other activities on the patio this summer, and for Cascadia to partner up with neighboring businesses to host community events, like the planned "Pug Crawl" benefiting the Spokane Humane Society, in partnership with the next-door Urban Canine pet boutique. ♦