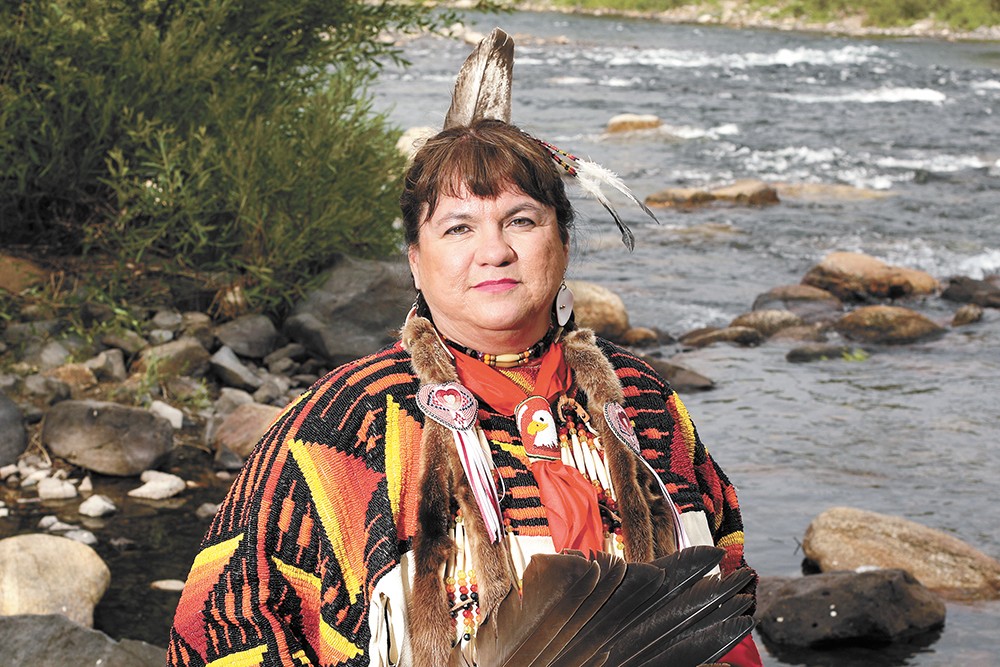 Young Kwak photo
Margo Hill, a member of the Spokane Tribe, knows from her work as a tribal attorney and tribal court judge that the U.S. justice system isn't always fair to Native American victims of serious crimes.

For years, the women-led movement has demanded justice for their lost loved ones in the U.S. and Canada, where there's a lack of comprehensive data on how many have gone missing. They called attention to the stories of their sisters, mothers and grandmothers, which they often felt had gone unheard. They pointed to the fact that more than half of Native American women face sexual or intimate-partner violence during their lifetime, and that in some areas, Native women are murdered at rates more than 10 times the national average, according to the Justice Department.

The movement prompted a national inquiry in Canada, culminating in a June 2019 report that tried to quantify the problem. While thousands of missing and murdered cases could be documented, the report found that ultimately, it was likely many thousands more never had been. The authors pulled no punches, calling the substantial violence a "genocide" that "has been empowered by colonial structures."

Meanwhile in Washington state, lawmakers tasked the Washington State Patrol with documenting missing Native women's cases. For 2018, Native American women were missing at a rate more than four times higher than white women in the state. To tackle disconnects in the system, the State Patrol has since hired a tribal liaison on the west side and is currently looking to hire another in Eastern Washington.

Now, the U.S. government is jumping in to address the issue as well. U.S. Attorney General William Barr announced on Nov. 22 that the Justice Department will spend $1.5 million hiring 11 coordinators around the country to lead a new Missing and Murdered Indigenous Persons Initiative. Their focus will be on changing protocols to make law enforcement investigations of missing people more coordinated, on improving the collection and analysis of data for those cases, and on providing training for local law enforcement.

"American Indian and Alaska Native people suffer from unacceptable and disproportionately high levels of violence, which can have lasting impacts on families and communities," Barr announced. "This important initiative will further strengthen the federal, state, and tribal law enforcement response to these continuing problems."

One of those 11 coordinators will be stationed in the Eastern District of Washington.

The initiative also calls for faster deployment of the FBI's rapid response teams, which can offer expertise in serious crimes when requested by tribal, state or local law enforcement.

While all those moves signal a shift in the right direction, some with experience prosecuting cases for area tribes say there's still more work to do.

WHO'S IN CHARGE HERE?

One of the major obstacles to justice for Native Americans is a patchwork legal system on reservations that starts with confusing police jurisdiction and extends through the court system, says Margo Hill, a member of the Spokane Tribe of Indians.

"I have a very unique understanding of murdered and missing indigenous women. I grew up on the reservation. I'm a Spokane tribal member," Hill says. "I've lived around domestic violence and I'm very aware of how Native women can be vulnerable and susceptible to some of the issues that happen."

Hill served as an attorney for the Spokane Tribe for a decade, helping prosecute crimes, and later served as a tribal court judge for both the Spokane and Coeur d'Alene tribes. In her experience, the problems can start from the time a call comes in.

"It's immoral for us to not be able to protect our Native women because of the race of their boyfriend or their abuser. It's just insane."

First, officers have to determine whether the reservation land they're responding to is held in trust by the U.S. government or fee land owned by a tribal member, which can change who needs to do an investigation, Hill says. Next, if there's a crime committed by a non-Native American against a tribal member, the tribe's police department and courts are limited in what they can do because of a Supreme Court decision that held tribal courts can't prosecute non-Natives, she says.

"If we have a situation where there's a non-Native sexually abusing or raping somebody, we have to call maybe the FBI. If it's assault, we have to call the local county sheriff, and maybe that's an hour away in Colville. Sometimes they don't show up," Hill says. "As tribal cops we can hold and detain non-Indian perpetrators, but we can't prosecute them."

For major crimes such as murder, rape, or arson, and in cases involving non-Natives, the tribes rely on the U.S. District Courts for prosecution. But in Hill's years of experience, U.S. attorneys often declined to take cases, leaving tribal courts with few options to get justice for victims.

"Perpetrators become emboldened when they know they can't be prosecuted," Hill says. "It's immoral for us to not be able to protect our Native women because of the race of their boyfriend or their abuser. It's just insane."

However, things have been changing for the better in the federal court system recently, she says, with U.S. attorneys more willing to go after crimes on reservations. She thinks the new initiative is at least a start.

"I think $1 million is kind of a little bit of a drop in the bucket. It's going to take all of us doing our jobs, including law enforcement and media," Hill says. "I think that definitely will help, but it doesn't answer all of our issues. We need enhanced jurisdiction over perpetrators in Indian Country."

In addition to her legal background, Hill is a professor of urban planning at Eastern Washington University, where some of her research looks at tribal mobility, as Native Americans often travel between urban and rural areas to visit and care for relatives and attend traditional ceremonies.

Part of that means looking at the complicated history of federal policies regarding Native Americans, she says. Initially forced onto reservations, many were later torn away and placed in urban centers in an attempt to force assimilation. Native children are often placed in the foster care system outside of their families, where they're more likely to age out of the system and then become homeless, Hill says.

Hill has also created a model showing the compounding risk factors that put Native women at a disadvantage. The list includes higher rates of poverty, a lack of reliable transportation and greater vulnerability due to using a cash system, as many reservations don't have banks. Cultural representations can also promote harmful stereotypes and problematic law enforcement norms.

"The United States government, and the history of federal Indian law and policies, have put tribal communities at a disadvantage," Hill says.

She highlights the case of a woman she knows only as Marlene, who was found half naked in a Spokane alleyway this summer. The woman later died, and as far as Hill can find out, her death was written off as drug-related, despite the fact that she was only ever known to have a drinking problem.

"She ends up dead, there's nothing in the media ... then we're not in the statistics," Hill says.

Cases like that leave Hill skeptical about the effects of the new national initiative.