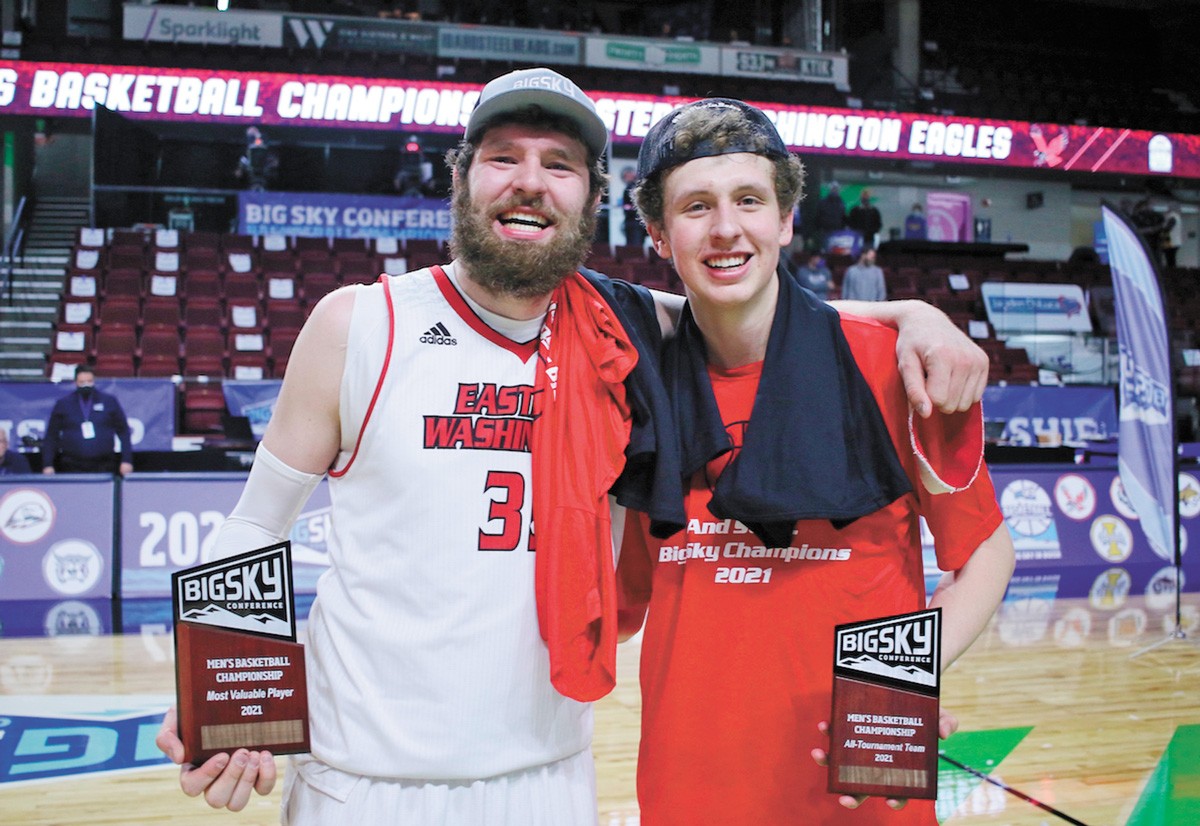 All the cliches you hear about sports don't seem so silly when you encounter a team like this year's Eastern Washington Eagles, who won the Big Sky tournament Saturday night to punch their ticket to March Madness for just the third time in team history.

Led by brothers (and Shadle Park High School grads) Jacob and Tanner Groves, this team navigated the stops and starts caused by COVID-19 in the strangest season ever. They put recent failures in the conference championship games of 2018 and 2019 behind them. And the high-scoring Eags hunkered down on defense for three straight games at the conference tourney in Boise to set themselves up as a potentially dangerous team for some basketball blueblood squad that's never heard of Cheney. Kansas, the Eags' first opponent, is just such a blueblood program, and one that's had a down year in addition to COVID issues that forced the Jayhawks from the Big 12 tournament.

This year's trip to Indiana should be particularly sweet for coach Shantay Legans and his squad because the Eags were on a serious roll in 2020 when the pandemic outbreak shut down college hoops. A year later, and with another year of experience, the team won its third conference tournament title (2004, 2015) and first under Legans. Junior Tanner Groves was the regular-season MVP in the Big Sky, and won the tournament MVP this year as well, while his brother, sophomore Jacob Groves, made the all-tournament team. Kim Aiken Jr. is also an all-conference performer for the team and the Big Sky's defensive player of the year, while Tyler Robertson was named the Big Sky's best bench player. This team is loaded and could surprise in March Madness.

"Our team did everything they needed to do to get to the NCAA tournament," Legans said at goeags.com. "I couldn't be more proud." ♦

EWU enters the NCAA tournament having won 13 of their last 14 games and will face off against Kansas on Saturday at 10:15 am Pacific on TBS.

It takes two to lead a deep run in March, and luckily the Zags have Drew Timme and Andrew Nembhard