Some people are channeling their inner Tarzan at the dinner table. 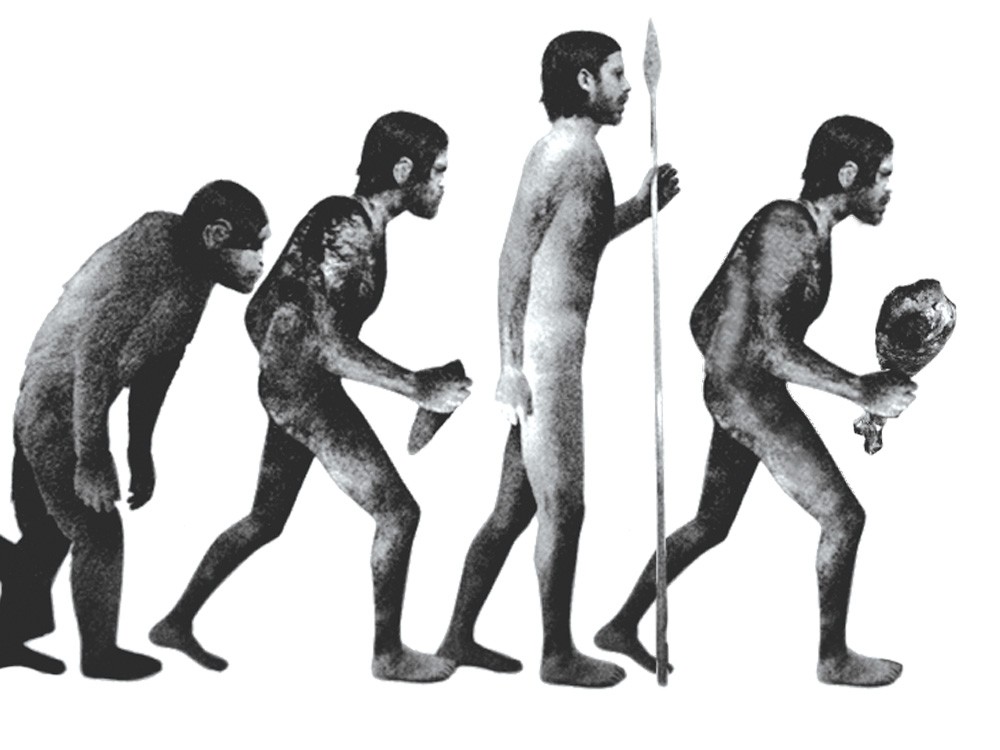 The advent of agriculture marked the transition from the Paleolithic to the Neolithic age and shifted the advance of civilization into high gear.

“We have no evidence that the modal form of human bodies or brains has changed at all in the past 100,000 years,” wrote evolutionary biologist Stephen Jay Gould. The resulting disconnect between modern life and outdated bodies can cause problems, say members of the ancestral health movement, also known as “Paleos.”

They include researchers, doctors, barefoot runners and climbers of trees and corporate ladders — all searching for answers to life’s bodily questions in an ancestral, evolutionary framework. The culinary aspect of this approach has gone mainstream in recent years, thanks largely to a slew of weight-loss books about the Paleo diet’s proficiency at slimming people down, even while accommodating enough bacon-flavored ice cream to make Dr. Atkins drool in his grave.

“Paleo eating is built upon approximating the foods of our ancestors without aiming for absolute reenactment,” says blogger Jamie Scott, via email from New Zealand.

As there aren’t enough wild tubers and mastodons for the average human to drag out of the bush with any regularity, and our taste for bugs seems to have gone the way of the loincloth, eating Paleo involves compromise.

“Paleo is less about eating what our ancestors ate and more about avoiding what they didn’t eat (grains, sugars, industrial seed oils, and industrial soy),” Scott says.

While many people get into Paleo for weight loss, others are looking for a diet and lifestyle that will help them feel and perform their best. Some gravitate to Paleo intellectually because it meshes with their worldview; some are in search of longevity, or cures.

The Paleo diet is less a prescription than a framework for considering one’s relationship with food, but several themes are common to most Paleo menus. Aversion to wheat and most grains is common, and processed carbs and sugar are especially avoided. Many Paleos are suspicious of modern fruit, engineered as it was by agriculture into the equivalent of candy bars hanging from trees.

Paleos tend to be interested in the health of their intestinal flora communities. They’re prone to use the stairs rather than the elevator. And they’re all hot — a verdict reached by several bloggers during the first Ancestral Health Symposium in Los Angeles in early August. The AHS was where many Paleo bloggers and their readers first met in the flesh. The erudite Tarzans and Janes in the UCLA ballroom clearly liked what they saw.

“Everyone was really good looking. I know that’s been mentioned a few times in other blogs, and there’s a reason for that,” says Denise Minger. “The people at AHS looked the way humans are supposed to look: vibrant, glowing, and as alert as one can be when running on four hours of sleep. Holy hotness, Batman!” Minger describes the convention’s atmosphere as tribal rather than cultish, in that people were united by a similar approach without bowing to the same gods, primitive or modern.

There was plenty of debate, and even a showdown — quite civil by true Paleolithic standards. Stephan Guyenet, a young neurobiologist, was challenged at a Q&A by journalist Gary Taubes, a great hero to many health-conscious omnivores for demonstrating that the evidence against animal fats is tenuous at best. Guyenet had just presented his argument that carbohydrate-related health problems stem from their palatability and the effect this has on neurobiology, while Taubes argued that it is primarily the effect of carbohydrates on the body’s insulin that makes them dangerous. The occasion, viewable on YouTube, was immortalized in the form of a limited edition T-shirt.

With plenty of data and theories to choose from, and so many different body types, it’s no wonder practically every Paleo forges a distinct, personal path of eating. Lactose-intolerant Asian Paleos are likely to be less inclined toward butter than their creamy French counterparts. A 24-year-old Hawaiian raw food Paleo may be better suited to a tropical fruit diet than a 42-year-old Eskimo partial to walrus tongue.

While the overarching paradigm of ancestral health hasn’t been, and perhaps can never be, rigorously tested, there are plenty of angles that can be explored. Emily Deans, a practicing psychiatrist and instructor at Harvard Medical School, has written extensively on “diseases of civilization,” especially mental-health conditions.

In her AHS presentation, she explained that chronic inflammation underlies the pathology of many such diseases, including obesity, diabetes, heart disease, allergies, acne and mental illness. As the pathways are better understood, she says, there is mounting evidence that post-Paleo foods like wheat can facilitate autism, ADHD, schizophrenia, eating disorders, bipolar disorder, depression and anxiety.

I’ve always been a little bit Paleo myself, since long before I ever heard the term. I love hunting, and most of the meat I eat is wild game. I forage for morels, mussels, huckleberries and pine nuts. I look pretty good in fur.

But while I’m on board with simple eating of primal foods, some Paleo tenets were surprises to me, like the widely observed moratorium on seed oils. Much of the rap against seeds and seed oils regards the negative role of linoleic and omega-6 fatty acids in the inflammation and resilience of neurons and other important cells. That, to a fan of safflower oil, is a bummer to hear.

If I were to forsake altogether my warm bread and lilywhite pasta and run off with the Paleos, the hardest part would be giving up my grapeseed oil Vegenaise — the best damn mayo on the planet.

On the other hand, Paleoapproved oils are nothing to complain about, and include butter, coconut oil, olive oil, pork belly oil and other tasty fats. I suppose I could trade that fake mayo of mine for Béarnaise, Hollandaise, or some other Paleolithically correct creamy emulsion.

I mean, if salmon smeared with baconnaise could really help a misfit like me adapt to these strange times, while shrinking my belly, as it helps my brain cells recover from too much thinking about molecular biology, it might be worth a