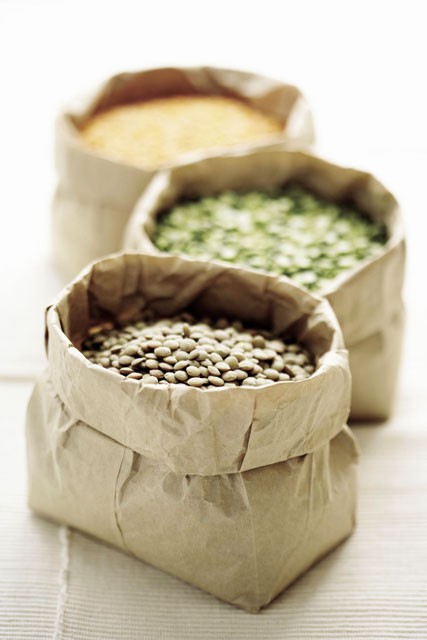 Lentils are a great senior menu option — inexpensive, yet full of protein and fiber.

Healthy aging requires a healthy diet. But getting good nutrition on a fixed income becomes more difficult as food prices rise. Some of the traditional recommendations — like eating lots of fresh fruits and veggies — just won’t work anymore.

“What we are telling people is to go with the frozen,” says Camille Sullivan, FoodSense coordinator with WSU Spokane Extension. Fresh fruits and vegetables are often just too expensive. “Canned stuff has a lot of sodium in the vegetables, and the fruits have lots of sugar in the syrup — if you go with the light or fruit juice, those are okay,” she adds.

Another potentially spendy food group is meat. Here the key is making good choices. “You can buy less expensive meats — chicken and turkey thighs are a better buy than breasts, ground beef or turkey can be a better buy than steaks,” says Heleen Dewey, physical activity and nutrition program coordinator for the Spokane Regional Health District. “We don’t have to have meat every day, and we don’t recommend that you eat meat every day,” she adds.

Sullivan seconds that: “One of the most magic foods are lentils. It is surprising that we live so close to the lentil capital of the world and people do not know how to use lentils. They’re such an excellent source of protein and they’re cheap. They can be used in any recipe that calls for meat, as a meat substitute in casseroles, or you can cut the amount of meat in a recipe in half and substitute beans or lentils for the other half.” In contrast to other dried beans that require long soaking times before cooking, lentils can be prepared in as little as 15 minutes. They have the added bonus of being high in fiber.

While it may be tempting to indulge in the value menu at a fast-food restaurant, those options are usually high in fat and sodium, and they may not be as budget-friendly as they at first appear. “We promote preparing food yourself,” says Dewey. “A lot of people think it is cheaper to go to fast food, but you can make dinner for a family of four for a couple of bucks.”

Shopping for one or two weeks at a time with planned menus and using grocery store ads to stock up on sale items help reduce food costs. But don’t let food linger too long in the refrigerator.

“Food safety is a concern for some of our seniors,” says Lynne Quimby, Spokane Regional Health District’s program manager for the Senior Nutrition Program. Cutting prepared foods into small portions, labeling and dating them can help avoid waste and make sure food remains safe to eat. Freezing portion-size containers of entrées makes it fast and easy to get a nutritious meal.

For a growing number of seniors, help arrives in the form of delivered meals. But funding for those programs is tightly stretched already, says Sharen Schermer, assistant director at Aging and Long Term Care of Eastern Washington (ALTCEW), who worries as she sees more people applying for the program. “We are the financing mechanism for the seniors programs and there’s no more money for that. This administration has not been supportive.”

The meal program for more than 2,000 seniors in Spokane usually includes one meal a day. That’s just not enough food, says Schermer. “The issue is nutrition,” she says. “We’ve got our tea-and-toast ladies. You can tell the people for whom this is all they eat. We’re bringing them the one-third of the RDA requirement. The meal program can’t be enough nutrition for someone to survive. … This is a grim time to be old and poor.”

Low-income seniors are eligible for food stamps, and Schermer says it is getting easier to convince people to use them. Debit cards take the stigma out of the grocery store checkout process.

In fact, Schermer says, sometimes people who are near poverty level have it the hardest. “The really poor, some would argue, have it better. The near-poor group is probably not eligible for anything — the widow whose husband’s pension didn’t cover her, and she’s got a small Social Security benefit.” That’s where friends and neighbors can be a lifesaver. Sharing garden produce may provide the only fresh foods some seniors will have. A ride to the grocery store can offer a chance to stock up. Shermer admits seniors can be a hard group to assist. “It doesn’t help the people who are ‘pre-crisis’ don’t want anyone to know they are in trouble.”

Home show touring from the comfort of your home